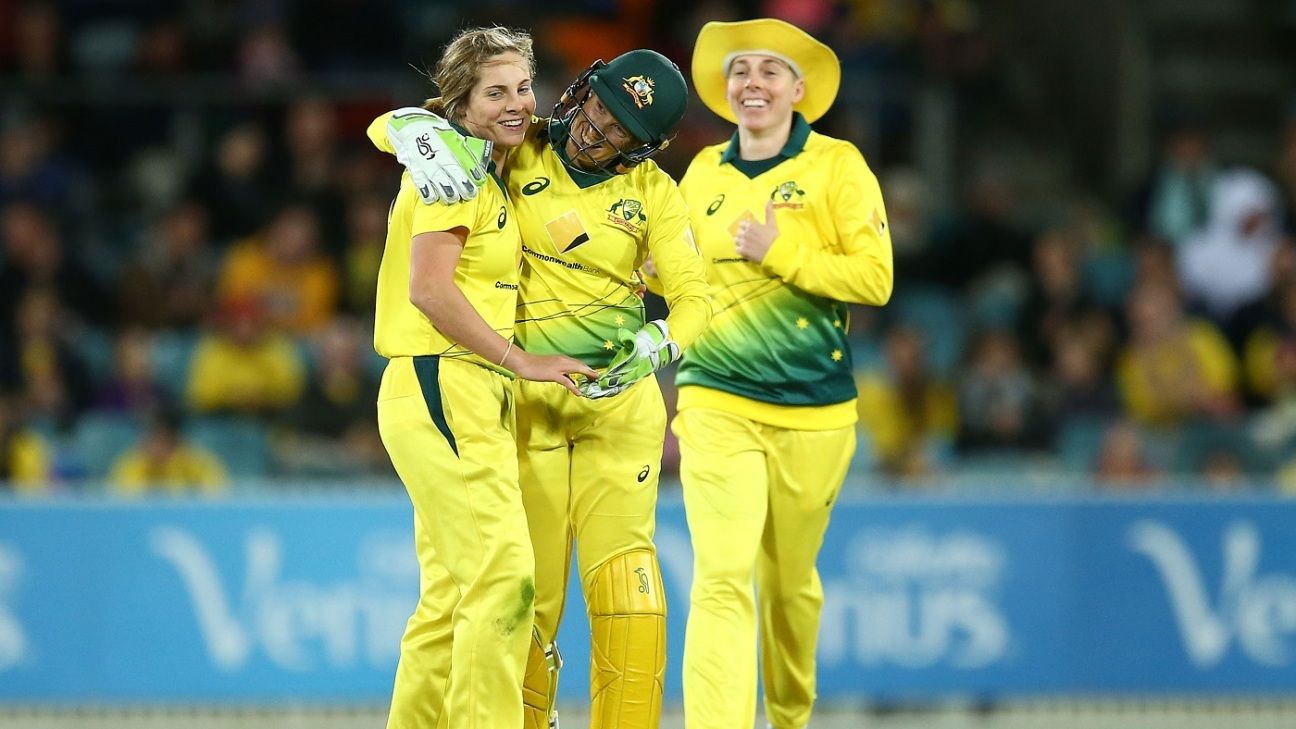 Australia have called spinning allrounder Sophie Molineux into their squad for the Women’s Ashes Test, which starts next Thursday in Taunton. The left-armer has played three ODIs and 15 T20Is, taking 21 wickets for her country, but has yet to feature in Tests.

Molineux missed the original cut for the Ashes squad in June, as she was continuing to recover from shoulder surgery, but has now been brought into the group with the expectation that the Test surface could be receptive to spin. Her last outing came for Victoria in February, but she could get game time in a three-day tour match against England Academy at Marlborough College, starting on Thursday.

Australia are already 6-0 up in the points-based Ashes, having won all three ODIs. They only need a draw in the one-off Test to retain the trophy.

“I think it’s a wonderful addition to our squad, Soph’s done exceptionally well in the short international career she’s had,” team-mate Beth Mooney said. “She throws a lot of banter around the group and has a great time. It’s really nice to see her back amongst the group after she had shoulder surgery. She’s ticked all the boxes she can and put her hand up for the Test match.”

Australia were dominant in the one-day matches, culminating in a 194-run thrashing at Canterbury on Sunday, with England unable to cope with the pace of Ellyse Perry in particular. They also have several slow-bowling options, in Jess Jonassen, Georgia Wareham and Ashleigh Gardner, if a spinning deck is rolled out at Taunton.

“There’s been a bit of chat about that, we’ve played a few games at Taunton in the past, whether it’s with Australia or the KSL,” Mooney said. “The wicket’s generally pretty good but if it’s a bit drier we think it’ll take a bit more turn. We’ve got some really good options there, pace bowling and spin. Once we get closer to d-day they’ll have a good look at that wicket and make a decision.

“We’ll try not to get too ahead of ourselves, obviously there’s a lot that could happen in a four-day game. The carrot that’s dangling in front of us means we’ll go really hard early doors and makes sure we get ahead as much as we can as early as we can in the Test.”