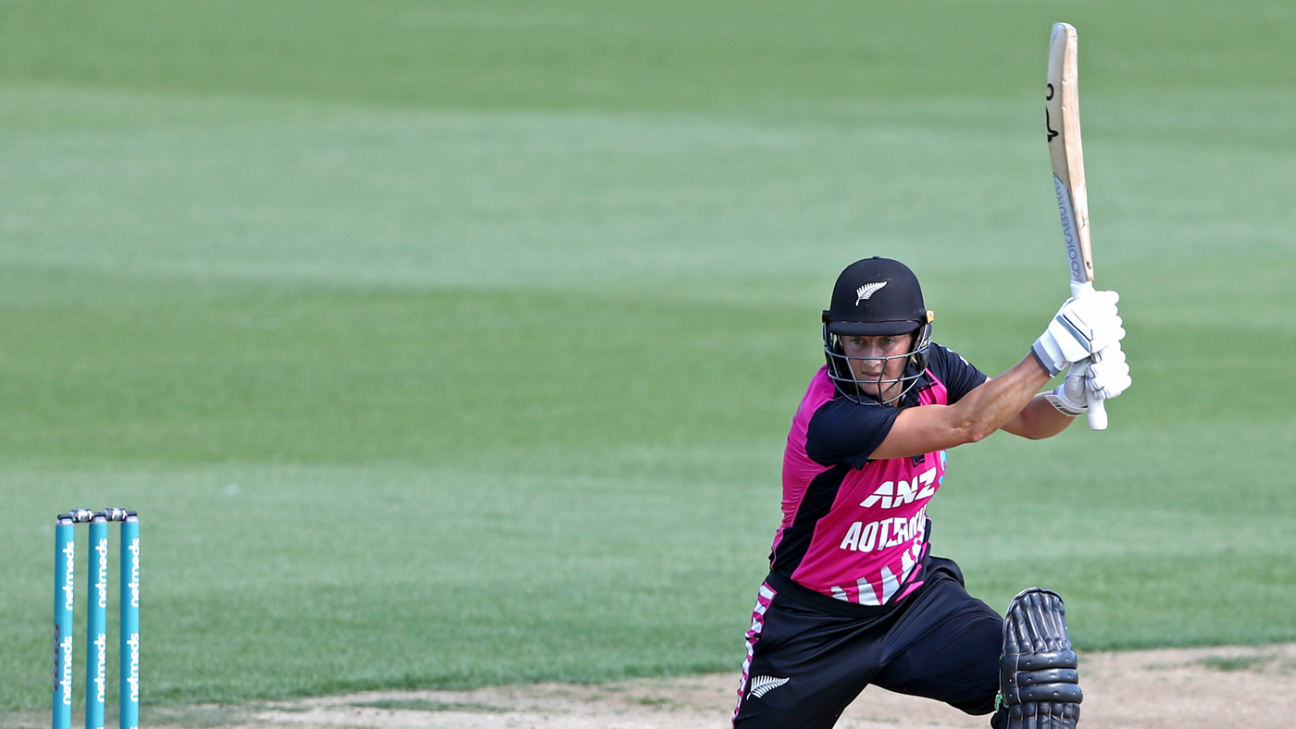 Having sat out the first two T20Is, Mithali Raj made her comeback in the final match of the series against New Zealand. However, her efforts to help carry India over the line in a chase of 162 failed: having started the final over needing 16, the visitors lost by two runs. New Zealand rode on the efforts of Sophie Devine – 72 and 2 for 21 – to clinch the last-ball thriller against a side had derailed their World T20 campaign last November, even as Smriti Mandhana’s second fifty of the series was in vain.

India needed 60 off 49 when Raj walked in to bat at No. 5, after captain Harmanpreet Kaur fell for 2. Her batting partner Smriti Mandhana had galloped to 75 off 49 balls by then but her dismissal in the 16th over, with India needing 39 off 27, lifted New Zealand’s prospects.

A 71-metre six from Deepti Sharma off legspinner Amelia Kerr in the next over, coupled with a four from Raj and a host of singles kept India’s chase on track. However, Devine wrested some control in the penultimate over, conceding only seven runs. The India batsmen struck two fours and took a single within the first three balls of the final over, and needed seven off three to win.

The next two balls, however, only yielded three runs and India needed four off the last ball with Raj on strike. Leigh Kasperek, having spotted Raj shuffle outside off, bowled one on the leg stump that was met with a diffident steer to midwicket.

India’s chase had appeared more in control during Mandhana’s innings, as she capitalized on a reprieve from Hayley Jensen who had been unable to get under a high catch near long-on, in the second over. Mandhana matched trademark suave with her benign belligerence thereafter, bringing up her ninth T20I fifty, off 33 balls. Her 62-ball blitz included one six and 12 fours, and she scored six of those fours against the offspinners Kasperek and Rosemary Mair, taking three boundaries off each in the third and tenth over respectively. However, 14 shy of a maiden T20I ton, Mandhana holed out cover off Devine.

Devine had earlier provided another important breakthrough, dismissing Jemimah Rodrigues for 26 off 21 to end a 47-run second-wicket stand that had steadied India after an early wicket. And with the bat, Devine contributed a 65-ball 72, her dominance on both sides of the wicket helping New Zealand race to 52 for 1 after the Powerplay and 80 for 2 at the halfway mark.

She negated the advantage India had through the dismissals of Suzie Bates and Hannah Rowe, and had luck on her side, too. In the 12th over, Devine, on 36, smashed a wide delivery from pacer Arundhati Reddy straight to Punia at cover, where she copped the ball on her right shoulder region. The ball rebounded, pinged Punia square on the middle of her head while she lost sight of the ball.

Devine capitalised on the reprieve to strike eight fours and two sixes in total, and was helped along the way by captain Amy Satterthwaite’s resolute 31. India clawed back into the game in the last four overs, conceding only 23 runs, after medium-pacer Mansi Joshi bowled Devine. Deepti played a part in that comeback with a double-wicket final over but India eventually found the target a bit out of reach.