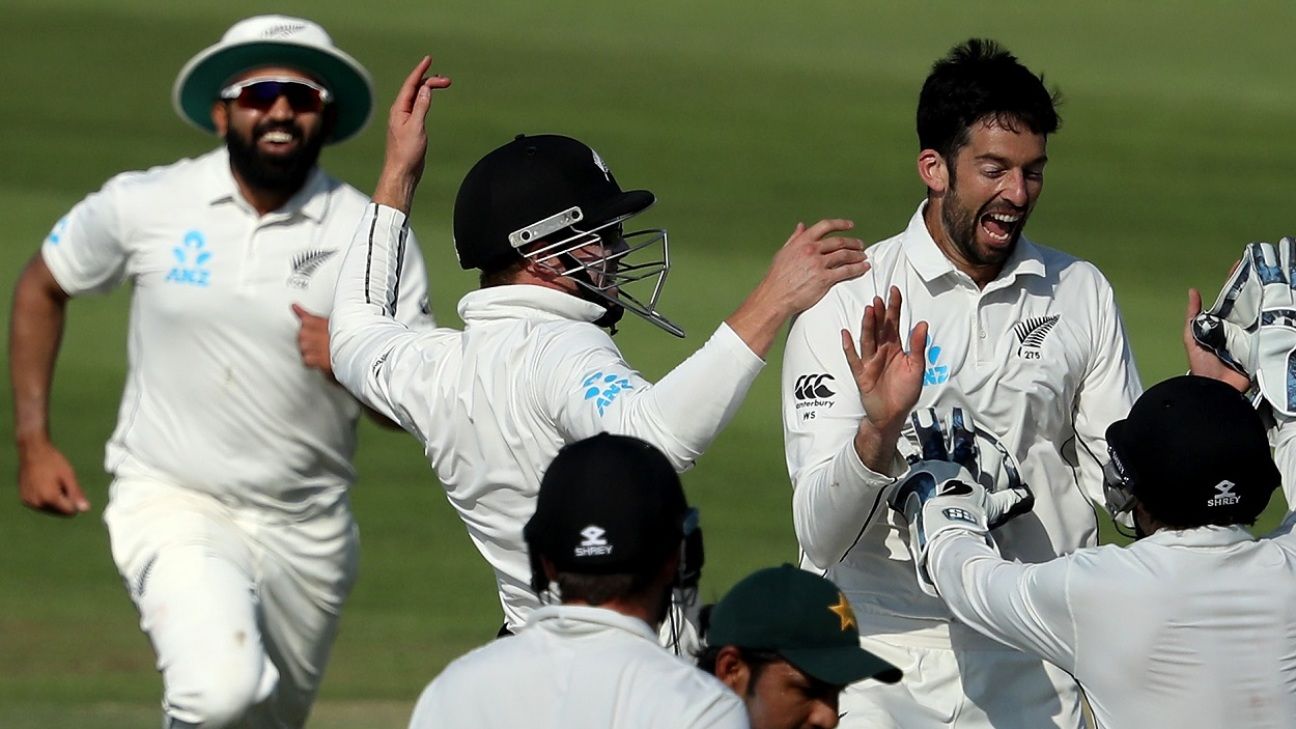 New Zealand have named four spinners in their squad for the two-Test series against Sri Lanka which marks the beginning of the World Test Championship for both teams.

Offspinner Will Somerville and left-armer Ajaz Patel are reunited after their role in helping New Zealand to their 2-1 victory over Pakistan in the UAE last year. They are joined by Mitchell Santner, who played his last Test in December 2017 before being sidelined by injury, and legspinner Todd Astle who made his debut in Colombo seven years ago.

Neither Santner or Astle were part of the success over Pakistan with Patel making his debut in the opening game of the series in Abu Dhabi where his 5 for 59 in the second innings secured a gripping four-run win. Then in the deciding match Somerville, making his Test debut at 34, bagged seven wickets in the game – alongside another five for Patel – as New Zealand won by 123 runs.

“Playing three spinners is an option in Sri Lankan conditions and we believe this group provides the best variations and skill mix on offer,” New Zealand coach Gary Stead said. “England were playing three spinners against Sri Lanka on their successful visit there last year and the slow bowlers also dominated the previous series against South Africa.”

The dominance of spin in the squad leaves just three frontline quicks – Trent Boult, Tim Southee and Neil Wagner – alongside the medium pace of Colin de Grandhomme. It means that Lockie Ferguson, who was one of the stars of the World Cup, will have to wait for a Test debut although with series against England, Australia and India to come over the next six months it is likely to just be a matter of time.

The rest of the squad is as expected with a settled top order. Tom Blundell, who was part of the World Cup squad, has been included as back-up to BJ Watling.

After taking time to reflect on the dramatic end to the World Cup, Stead said it is good to be able to get back to playing with a new structure to Test cricket under the WTC which begins with the Ashes series on Thursday. “It’s good timing for us after the World Cup,” he said. “It was an incredible time for the team and the country, but we’re now excited to move forward as a group and sink our teeth into another opportunity.”