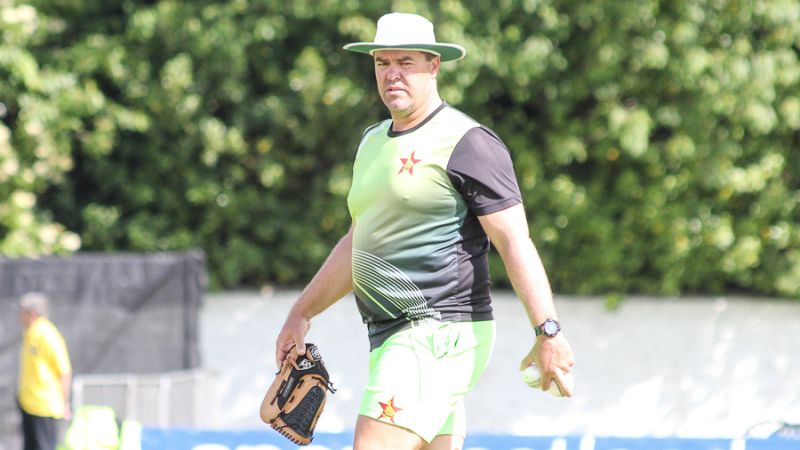 Former Zimbabwe allrounder and national coach Heath Streak has been picked up by Somerset for a short stint as a consultant bowling coach. Streak will join the county on their pre-season trip to Abu Dhabi.

“I’m excited to work with such an exciting group of bowlers during the pre-season campaign,” Streak said. “Somerset has a rich history and I hope to impart some of what I’ve learnt as both a player and coach onto these men so that the club continues to grow in success.”

Streak, 44, played 65 Tests and 189 ODIs for Zimbabwe, as well as enjoying a successful First Class career that spanned 15 years. He played First Class cricket for Matabeleland, Hampshire and Warwickshire, scoring 5684 runs and taking 499 wickets. Since then, Streak has also worked as both a bowling and head coach, working with Kolkata Knight Riders, Matabeleland Tuskers, Bangladesh, Scotland and Zimbabwe.

Streak, who also captained Zimbabwe during his playing days, was sacked as his country’s head coach after their failure to qualify for the 2019 World Cup. His relationship with Zimbabwe Cricket turned sour in the fallout of that unsuccessful World Cup qualifying campaign, but Streak has since found opportunities elsewhere, and will continue to work with KKR at this year’s IPL.

“Heath has a vast amount of playing and coaching experience at both international and domestic levels, including with Kolkata Knight Riders in the IPL,” Somerset director Andy Hurry said. “Stuart will be working with our bowlers throughout the duration of the Royal London One-Day Cup and will also be supporting the development of our bowlers in the 2nd XI team within this timeframe.

“Both coaches are extremely well respected within the game and have a rich mixture of experience, both internationally and domestically. Their appointment provides our experienced and developing bowlers with a fantastic opportunity to tap into their extensive knowledge.”