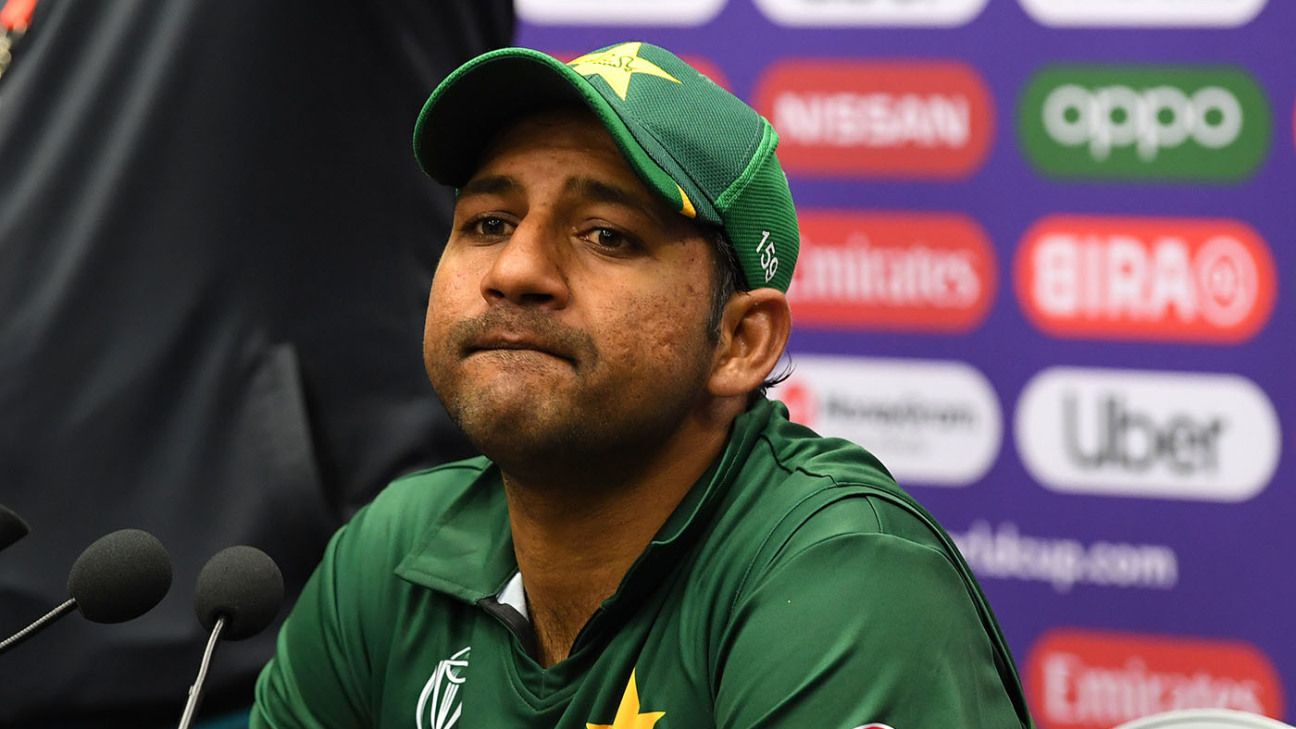 Sarfaraz Ahmed is gone as Pakistan captain and it has looked like he’s been going for some time now. Even before Andile Phehlukwayo happened. Quite a bit before that. Some stray thoughts and observations in the aftermath of his sacking.

If there is any element of surprise in all this it is only because Pakistan cricket is coming off nearly a decade of unprecedented leadership stability. Otherwise, there remained this strange sense around Sarfaraz that he never really got hold of the Test side or the rhythms of a Test, not least when contrasted by his command of the T20 side and format. In itself this was surprising given that it was his Test performances that elevated him.

Sure post-MisYou would’ve been tough on any captain but losing two out of three series in the UAE immediately after their exits, having not lost one at all in seven years, was alarming. His own batting form was poor, averaging just 25 across 13 Tests as captain; before being appointed he was averaging 41 in Tests. Put that form together with eight losses, never the tidiest wicketkeeping, persistent concerns over his fitness, and well, Pakistan captains past have been sacked for a lot less.

His T20 sacking is unexpected and unjustified

Not least by himself. It’s being said Sarfaraz was expecting to be removed from Tests and ODIs, but this has been the real kicker. For two reasons, that makes sense.

One, it’s not Sarfaraz’s fault that he has led Pakistan in the one global cycle where there’s been a four-year gap between World T20s because a world title – rather than just a No.1 ranking – would’ve sealed the deal on the turnaround he has overseen. And make no mistake, it has been some turnaround. When he took over, after the 2016 World T20, Pakistan were so far behind the rest of the world, they may as well have been playing 60-over ODIs in whites and with a red ball. A couple of poor series results should not have led to this.

Two, the blame for the clean sweep loss to Sri Lanka can, in considerable part, be laid at the door of chief selector-chief coach (seen this hyphen before?) Misbah-ul-Haq. Whatever questions he asked of the team when he took over, the answers could – and should – never have been Ahmed Shehzad and Umar Akmal. Both were needless selections and critically, selections Sarfaraz was not in favour of. He lost the series with a team that was imposed on him and he has now paid for it.

Babar Azam is the most gifted batsman Pakistan has produced in over a decade, maybe even two. This last year he has come into his own: a first Test hundred and runs at home, in South Africa (including an electric showdown with Dale Steyn), ODI runs anywhere he went, a killer season in the T20 Blast, the No.1 ranking in T20s. Now the captaincy: more like, why the captaincy? Why burden him just as he is blossoming so? When he is the one batsman Pakistan have who is unquestionably big league? When he is the one batsman who is vital to them across formats?

It could all, of course, turn out just fine. In fact, a number of Pakistani batsmen have thrived when taking on the mantle of captaincy. But right now, without the guiding hand of Mickey Arthur (an important figure in Babar’s development) it feels like a risk, especially when Sarfaraz could’ve led the side to next year’s World T20 and then, more naturally, given way.

It’s impossible to outrage against or celebrate Azhar Ali‘s appointment to replace Sarfaraz as Test captain. He’s not a bad choice; he’s a safe choice; there are few other serious candidates. This is all just as it was in 2015 when he took over from Misbah in white-ball cricket. He also grew up as a player under Misbah’s captaincy so, for whatever it’s worth, that relationship will be stable.

But he is now 34. He has well-documented knee issues. He has also been on a declining curve of productivity for over two years now – not coincidentally since MisYou went. He’s averaging 28 in 13 Tests since then and in his last Test series (in South Africa) he averaged less than 10. And he now heads to Australia, where Pakistan have lost their last 12 Tests. It’s not screaming out long-term is it?

What is Misbah doing?

With great power should come even greater scrutiny and so it is that just over a month into his dual role as coach and chief selector, Misbah is right under the scanner. It’s not been a great look so far.

It isn’t any one of these but all of them put together, which draw a picture of a man with a lot of power and with nearly as much insecurity, that too so early in his tenure. Maybe we just need to be patient, because if there’s nothing else we learnt about Misbah during his playing days, it was that he takes time to come good.