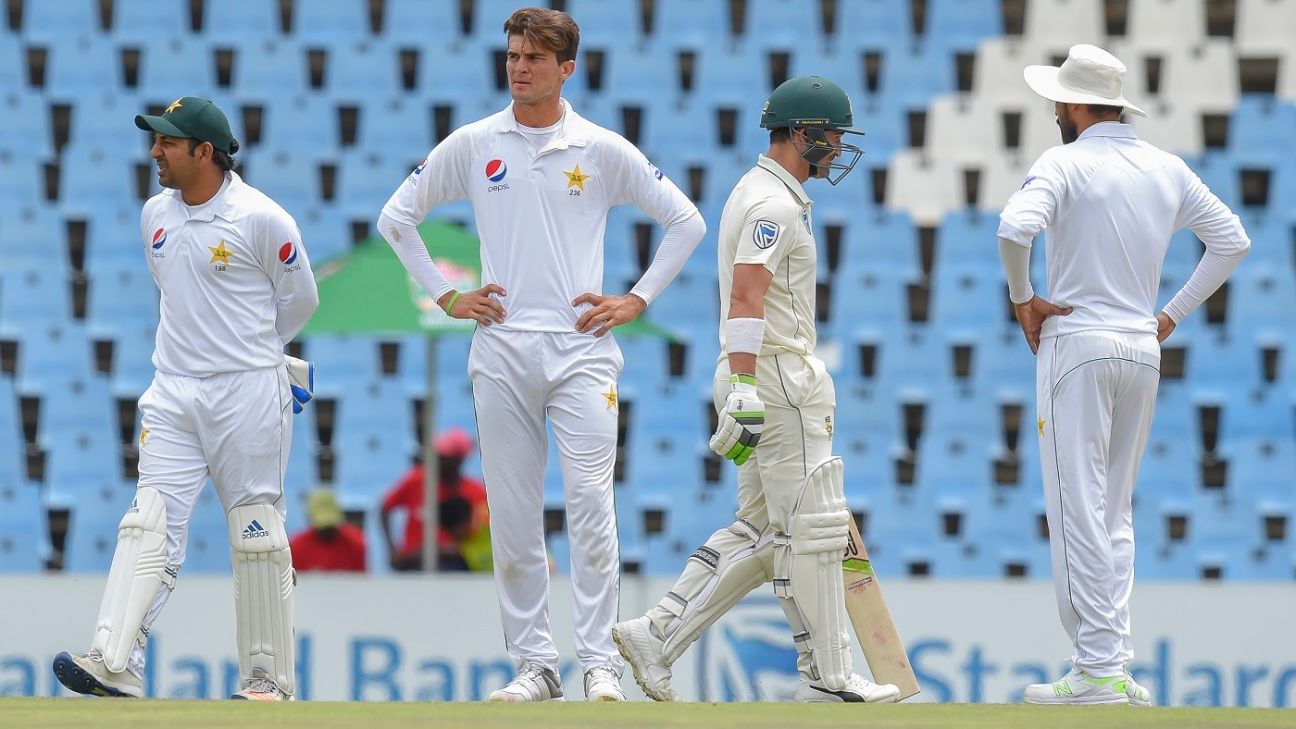 For the second time in as many Tests, Pakistan found their celebrations cut short by the third umpire after thinking they had made a crucial breakthrough.

In almost identical fashion to Dean Elgar’s overturned dismissal in Centurion, which prompted such a fierce reaction from Mickey Arthur, Azhar Ali was once again the slip fielder in the spotlight as he stooped to gather Temba Bavuma’s outside edge.

At Centurion, Bruce Oxenford had consulted with his on-field colleague S Ravi and deemed Azhar to have taken a clean catch as he gave a soft signal of ‘out’, and he did so once more here in Cape Town.

This time, however, Ravi was the man in the third umpire’s chair, and after much deliberation, he decided that Azhar had failed to get his fingers fully underneath the ball. The decision was overturned, much to the crowd’s delight and Mickey Arthur’s chagrin.

Arthur, Grant Flower and Sarfraz Ahmed had all said after Centurion they thought the incorrect decision had been made, with Arthur storming into the third umpire’s office to protest, earning himself a sanction and a demerit point.

Here, however, he managed to restrain himself to his chair, though the frustration was evident on his face once more.

Compare and contrast for yourself with ESPNcricinfo’s ball-by-ball commentary on the two incidents:

8.5 Shaheen Shah Afridi to Elgar, no run, length, outside off, and draws the outside edge! It’s been taken by Azhar Ali, but they want to check this. The soft signal from the umpires is OUT! Superb ball, pitched in that length that drew him forward, took the outside of the bat as he poked at it, and flew low to Azhar’s right at first slip. He went low and gathered it, and seems to have done enough! He was confident immediately after completing the catch, and Elgar was also looking to walk to the change rooms immediately afterwards. I think the TV umpire will rule this in favour of the fielding side…OH NO? NOT OUT! That was close!

43.3 Mohammad Abbas to Bavuma, no run, drags him out, locates the edge… and first slip snags a low catch! Or does he? Bavuma is going to hang around and wait for any hint of doubt. The soft signal from Bruce Oxenford is out, though this is a helluva tough one to call either way… Does the ball touch the grass as Azhar attempts to scoop it up? The third umpire, S Ravi, decides it does! So the decision is overturned and Bavuma gets a life

At Centurion, Elgar’s dismissal would have reduced South Africa to 16 for 2, chasing an awkward 149. At Cape Town, Bavuma’s wicket would have been Pakistan’s second in as many overs, and left them five-down and still 21 runs in arrears.