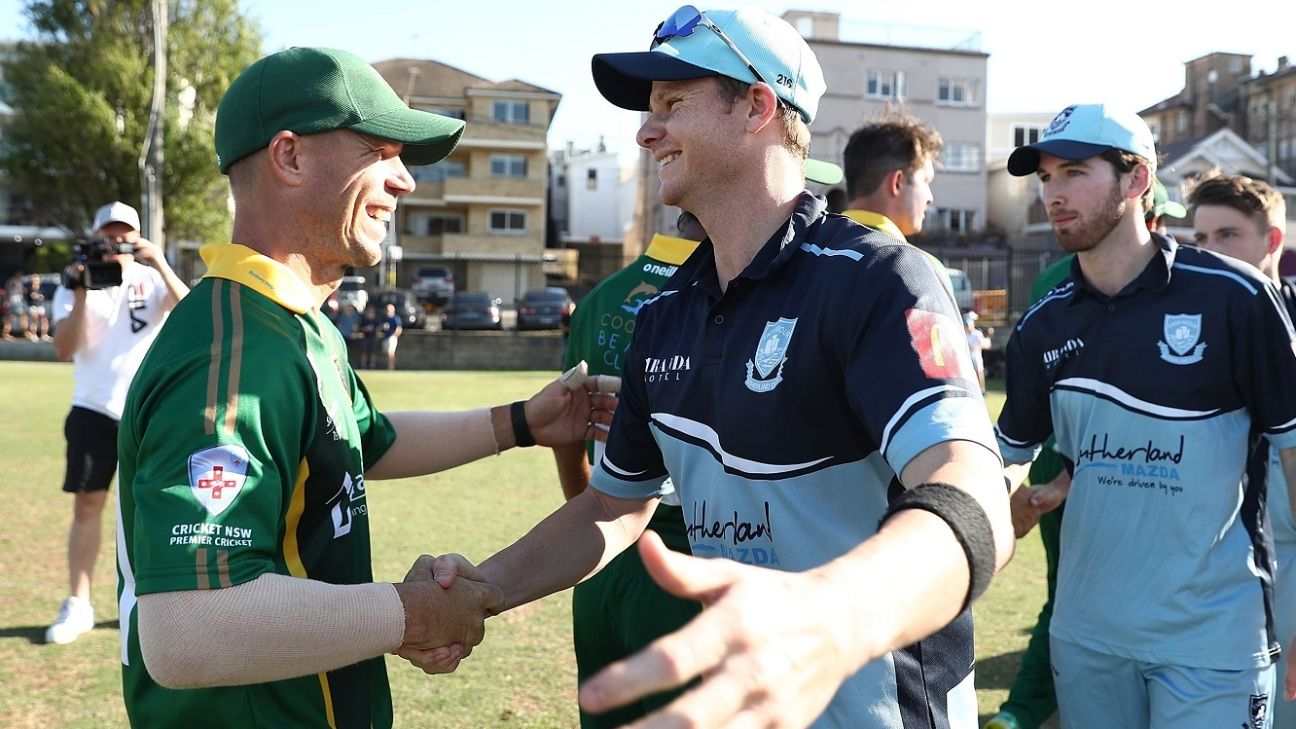 The outgoing CEO of Cricket New South Wales, Andrew Jones, believes that Steven Smith can have five prolific years at Test level when he returns from his ball-tampering ban but acknowledged that David Warner faces a tougher road back although hopes he will be allowed the chance at redemption.

Both Smith and Warner are expected to come straight back into the Australia side when their bans elapse at the end of March – perhaps as quickly as a couple of days later depending on the dates of the Pakistan one-day series – and are earmarked for positions in the World Cup and Ashes squads.

Former New Zealand captain Lee Germon has been appointed the new chief executive of Cricket NSW to replace Andrew Jones. After finishing his New Zealand career in 1997, Germon gathered a lot of administrative and management experience with the Tasman Rugby Union, Canterbury Cricket and Sydney Thunder.

“Although I have only been with Cricket NSW for one and a half years I am acutely aware of its proud history and the leading part it will play in driving the future of cricket in Australia,” Germon said.

Germon captained New Zealand in all of his 12 Tests and 36 of the 37 ODIs he played. He then spent three years as the CEO of the Tasman Rugby Union, became CEO of Canterbury Cricket in 2008, where he was integral to the development of the Hagley Oval that hosted the opening match of the 2015 World Cup. He then took over as general manager of Sydney Thunder nearly two years ago after a decade with Canterbury Cricket.

“Lee stood out [compared to other candidates] because of his extensive leadership experience at two elite cricket organisations, his experience in stakeholder management and building a culture of success on and off the field,” Cricket NSW Chairman John Knox said.

The pair is currently in the Bangladesh Premier League with Smith having returned to the public spotlight in recent weeks with an advertising campaign for Vodafone and his first media appearance since the ball-tampering scandal. Warner has kept his counsel although he did speak on his arrival in Bangladesh.

Smith and Cameron Bancroft, who returned from his nine-month ban at the end of December in the BBL, emphasised the central role Warner played in the ball-tampering episode and there remains uncertainty how Warner will respond – if he chooses to – about what happened in Cape Town.

When asked if Warner’s comeback would be as simple as Smith’s, Jones told SEN Radio: “No, is probably the short answer, the more credit you have in the bank the easier it is and the less credit you have the harder it is. But that said, and I’ve had this discussion with Davey in 2013, we all like watching David Warner play cricket and we all just want him to make it easy for us to enjoy him as a player and a person.

“He’ll have learnt a lot through the episode, treat people as you want to be treated and things will probably work out pretty well. Everyone is happy with redemption so if he shows humility and good grace, scores lots of runs, time will do the rest.”

For Smith, the enforced break to his international career could even serve to allow him to be a prolific run-scorer for longer. “I can’t speak for Davey as much, but I’m very confident Smith will get 1000 runs a year in Tests for another five years,” Jones said. “The effect of this will be a refreshment break and then he’ll have a point to prove. There’s going to be a revenge mission on the bowlers for the next five years. Hopefully Davey does the same.”

Jones was comfortable that while the punishments handed out were at the “heavy end” of the scale, they were “fair” given the events in South Africa. “The corollary of that is, they are very heavy, so once time has been served there’s no double jeopardy, the guys come straight back into the system and, on current performance, you’d think straight back into the team,” he said.

On the wider repercussions of the ball-tampering scandal which led to the Longstaff review into the culture of Cricket Australia, Jones, who has been involved at state and CA level during a 14-year career in cricket administration and was a key figure in the 2010-11 Argus review, had his reservations over whether it had been handled the right way.

“If it was me I wouldn’t have commissioned the review. CA managed to get itself sucked into an issue related to ball-tampering,” he said. “David Peever [former CA chairman] did some stuff he could have done better, but he’s not saying go and sandpaper the ball. How’s he carrying the can for sandpapering the ball? I think they managed to get sucked into a washing machine they didn’t need to. The two things got conflated that didn’t need to. I think it was overblown to some extent and by and large CA has a lot of excellent people who care deeply about the game.”

Jones was, however, critical of some aspects of the Cricket Australia set-up, chiefly the selection process of the national team which he believes should be solely in the hands of the head coach. On Saturday, new CEO Kevin Roberts said the board would assess whether potential overrode performance too much in selection.

“I do think our selections have been haphazard for a number of years, that came up in the Argus review and not much has changed to be honest,” Jones said. “We often don’t pick the players with the best records – especially in batting – your Test batting is heavily correlated to your first-class record and there’s a reason for that, the job’s the same.

“In my view, the players and coach are accountable for performance of the team. The coach needs to pick the team…he has to live and die by the decisions, he has to make the call and be judged on the results. It’s what we’ve done in NSW, sometimes you get good results and sometimes you don’t.

“The selection issue is a bigger issue than the schedule issue, but it also depends on great players being great. We have a fantastic bowling attack which is under the pump but the records show out batting line-up doesn’t have great players.”