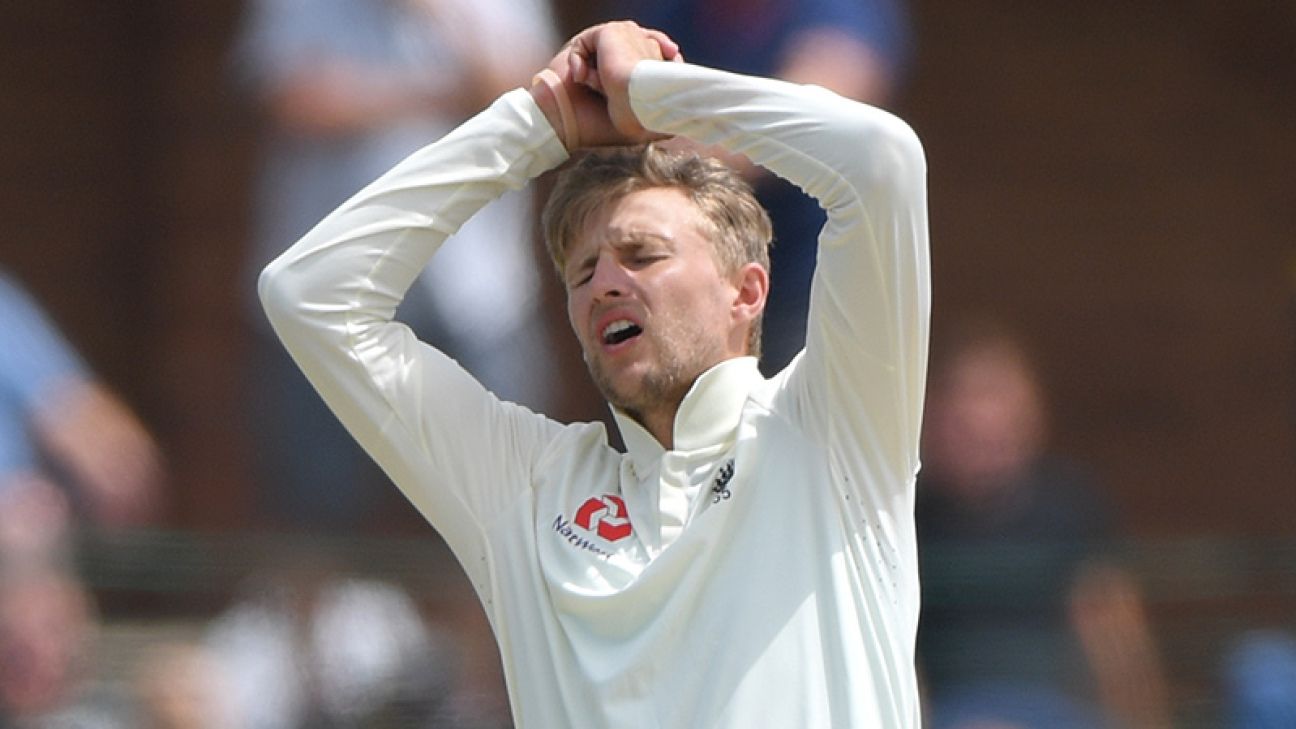 Joe Root equalled an unwanted record on the final day at Port Elizabeth, conceding 28 runs in a single over as Keshav Maharaj made a mockery of his decision to bowl himself with the new ball. Here’s how Varun Shetty recorded the brutalising on ESPNcricinfo’s ball-by-ball commentary…

More Root, around the wicket

81.2, Root to Maharaj, FOUR runs, full and down leg side, gets low again and has a swipe at it. No danger really with that line. Gets it off the under-edge and past Buttler

81.3, Root to Maharaj, FOUR runs, and another! Maharaj loves attacking spinners, and right now he’s being fed. Another full one pitching outside leg and once more he’s down quickly to whip this past leg gully

Now he’s over the wicket

81.4, Root to Maharaj, SIX runs, boom! That is some hit, whew. Length ball pushed through outside off. Slides into his arc and he wallops it over deep midwicket

81.5, Root to Maharaj, SIX runs, and 24! Length outside off again, pushed through again. And slogged cleanly once more. This goes further back in the midwicket direction

81.6, Root to Maharaj, 4 byes, and now he beats everyone. This is 99kph/62mph and moves away from the batsman, off the pitch. He’s squared up and Buttler is beaten too as this slides from underneath