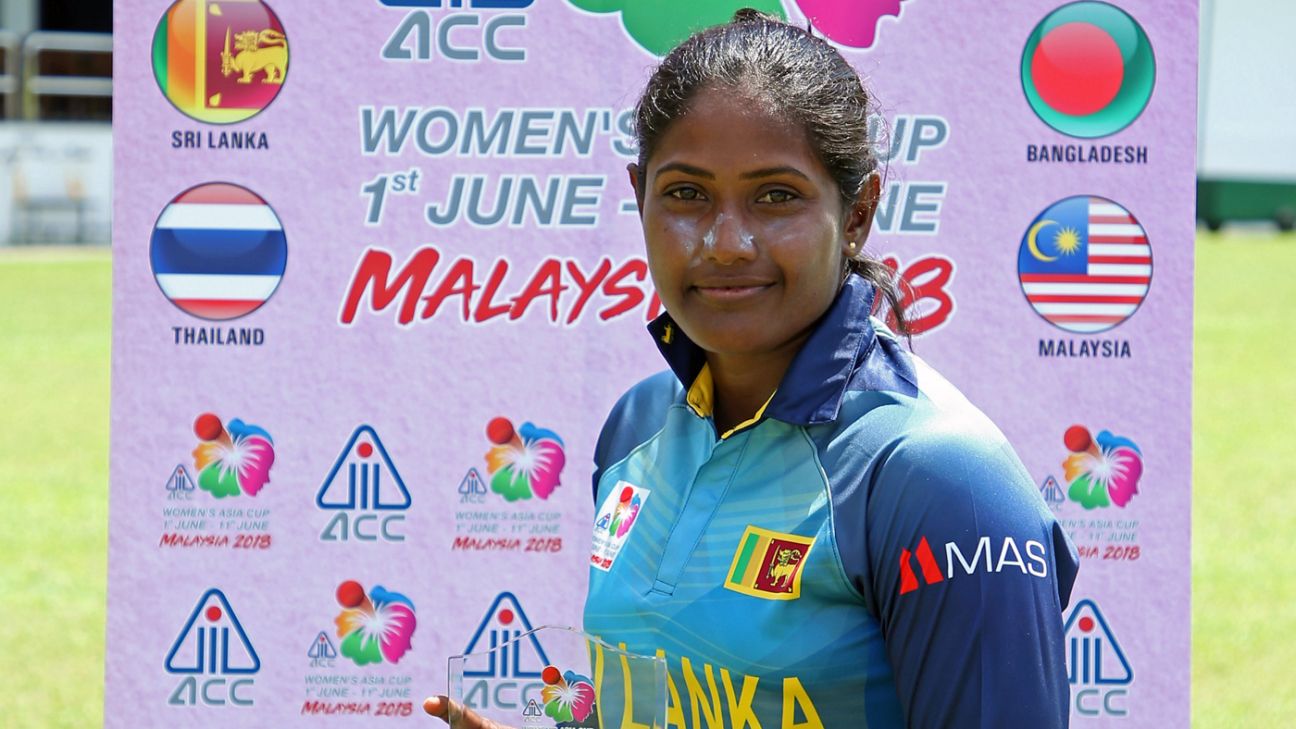 Following a modest Women’s T20 World Cup campaign last November, Sri Lanka had named a new-look limited-overs side for the tour of South Africa. But having lost all three of those matches in February – all by a substantial margin – the selectors have opted for tried-and-tested players for the forthcoming series against the third-ranked ODI team. Making way are teenagers Tharika Sewwandi and Umesha Thimashini, as well as 25-year-old batsman Imalka Mendis, who has played only three ODIs.

Also still missing from the squad is allrounder Sripali Weerakkody, who had been absent from the South Africa tour for personal reasons. Of the three returning players, left-arm spinner Sugandika, 28, is easily the most experienced, having played 21 ODIs and 32 T20Is – most recently representing Sri Lanka in the World T20 in November. Offspinner Priyadharshani, 31, had also played in the World T20, but allrounder Karunaratne is coming back after a longer layoff, having last played for Sri Lanka in October 2017.

The Sri Lanka side is desperately hoping for a dramatic change in fortunes, having lost 11 of their last 12 ODIs. They have also only defeated England in one out of 13 completed ODIs, and have never beaten them in T20s.

The three-match ODI series begins in Hambantota on March 16, where two one-dayers will be played, before the action moves closer to Colombo. All of the three T20 internationals will be played at the P Sara Oval, starting March 24.