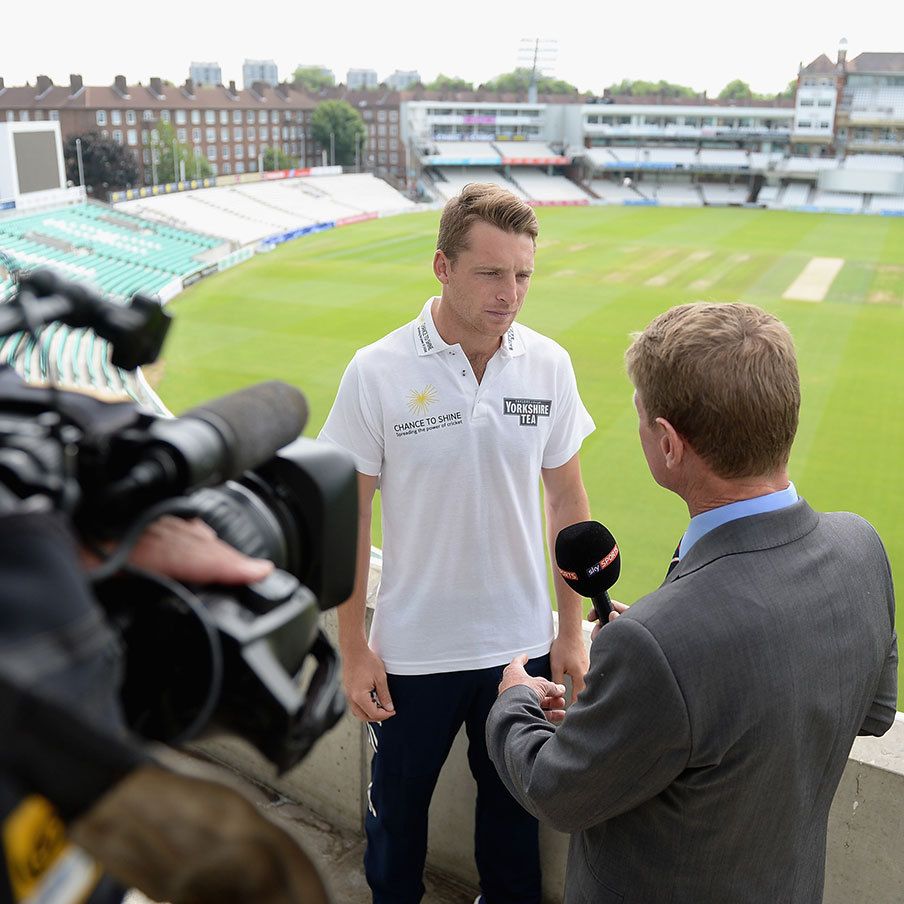 The Cricket World Cup final on July 14 could become the first men’s international fixture to be televised on free-to-air TV in the UK since the 2005 Ashes, after Sky Sports reneged on its previous stance and announced that it would be lowering its paywall in the event of England making it through next week’s semi-final at Edgbaston.

England’s victory over New Zealand at Chester-le-Street last week guaranteed Eoin Morgan’s men a place in the World Cup semi-finals for the first time since 1992, when they beat South Africa at Sydney but went on to lose in the final against Pakistan at Melbourne.

England have not contested a final on home soil since 1979, when they lost to West Indies at Lord’s, and Sky’s executives have recognised the historic opportunity that this contest could represent, to spread the sport to as broad an audience as possible.

Sky UK and Ireland Chief Executive Stephen van Rooyen said: “We are proud to be the broadcaster for a home Cricket World Cup – one of the world’s biggest and most exciting sporting events.

“Our aim has always been to celebrate what could be a ‘once in a generation’ moment of a home team in a big final on home soil. So, if England reach the final, we will make the match available to everyone so the whole country can be part of a rare and special big sporting moment.”

Sky’s decision comes after their coverage of the tournament had been overshadowed in the UK by the women’s football World Cup, which has been broadcast throughout by the BBC. England’s semi-final against the USA on Tuesday drew 11.7 million viewers, the BBC’s biggest television audience of the year. England’s World Cup cricket fixtures, by contrast, have drawn an average of 450,000.

The contrast was addressed earlier this week by the England fast bowler, Liam Plunkett, who was asked on BBC 5 Live whether he would support calls for the final to be made more accessible to the English public.

“It’s always nice to be on a bigger platform,” Plunkett added. “Hopefully people tune in to watch that game. It would obviously be great to have as many people watching as possible, we feel like we’ve built something special here as a team. It would be nice to go all the way and to have big numbers watching that final if we get through and win, that would be huge.”

A proportion of free-to-air cricket access was already set to be reinstated from next year onwards, with the advent of the ECB’s new 100-ball competition, after Sky agreed to cede some of its exclusivity to the BBC as part of a new £1.1billion rights deal from 2020-2024.

Tom Harrison, the ECB chief executive who brokered the deal, recently described Sky as “cricket’s best friend” – the broadcaster has been involved in cricket since 1990 and has been the exclusive partner for home internationals since 2006 – and Plunkett later tweeted to clarify his remarks.

“Sky Cricket are an incredible partner for the game and have been for the past 20+ years,” he wrote. “I was asked a question & I never said that it should be on FTA. My words have been twisted & the headline is misleading. The whole country is behind us. Keep believing.”