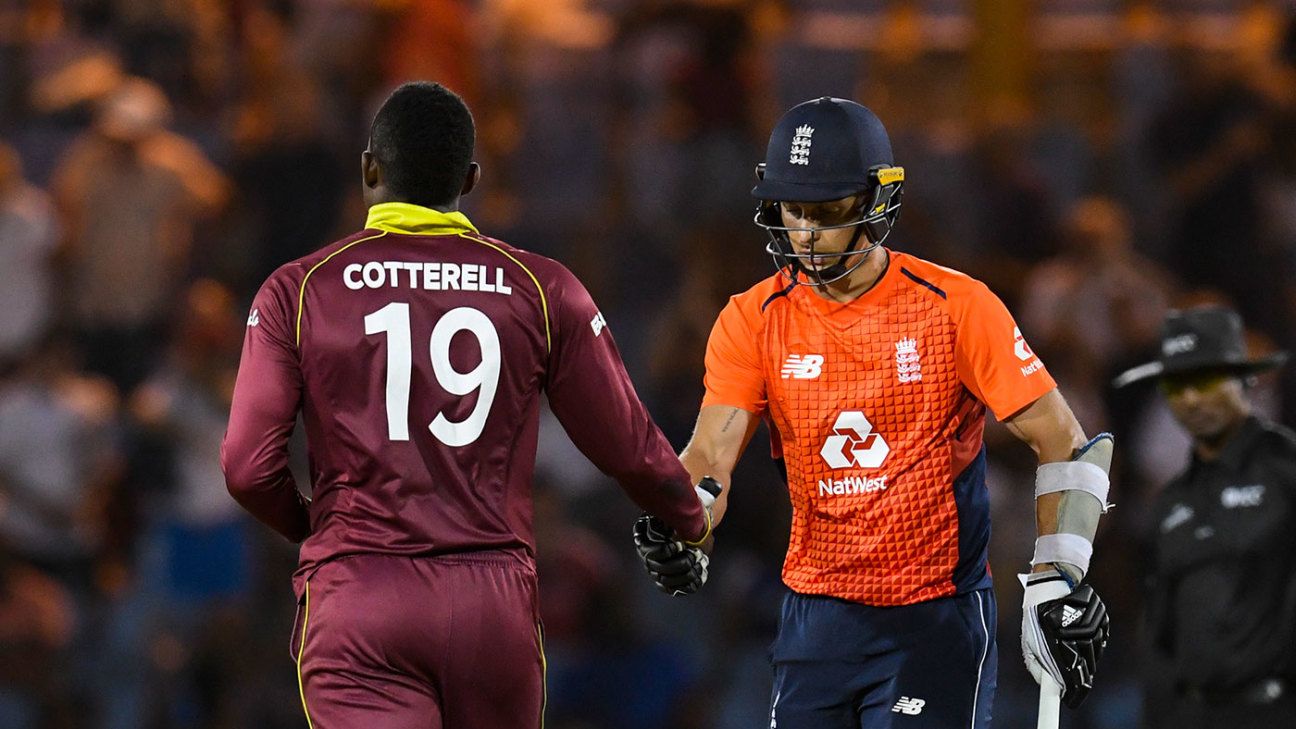 It looks almost certain that England’s final two games of their Caribbean tour will be broadcast on Sky, despite a dispute in the build-up to the contests.

ESPNcricinfo understands that a deal has been agreed in principle between Sky and Cricket West Indies (CWI) with an expectation it will be signed off by the board on Thursday.

Coverage of the matches was thrown into doubt after Sky declined to pay the price demanded for the two T20I games that conclude this tour. Sky argued they had already agreed a costly package for the entire tour when the deal was made in 2012 and were not involved in the decision to add two T20Is to the schedule when it was announced in 2017.

While CWI felt the games were worth US$1million each, Sky is understood to have been reluctant to pay more than US$150,000 for each match. That could have resulted in CWI declining to allow Sky to broadcast the matches in the UK.

It is understood a deal has now been agreed, however and the Sky team flew to St Kitts – the venue for the final two T20I matches of the tour – on Wednesday.

The figure agreed is likely to be far below that hoped for by CWI, however, which could create quite a dent in their finances.