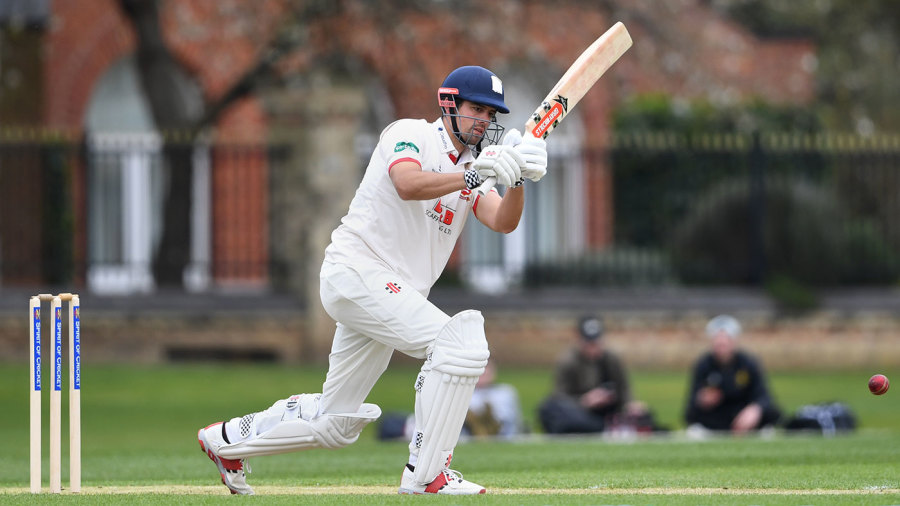 Alastair Cook has scored a century in his first innings since retiring from Test cricket, playing for Essex in a pre-season game against Cambridge University.

It was 34-year-old former England captain Cook’s first outing since he received a knighthood in the Queen’s New Year Honours list and his 64th first-class ton.

Cook took to the University attack with authority, bringing up his fifty before lunch on the opening day of the three-day game with the ninth boundary of his innings, having faced 106 balls. He reached his hundred before tea off 200 deliveries. At the tea break, Essex were 327 for 4.

Cook retired last September with a knock of 147 against India at The Oval, after 161 Test appearances and 12,472 runs, both England records.

Essex open their 2019 County Championship season at Hampshire on 5 April.