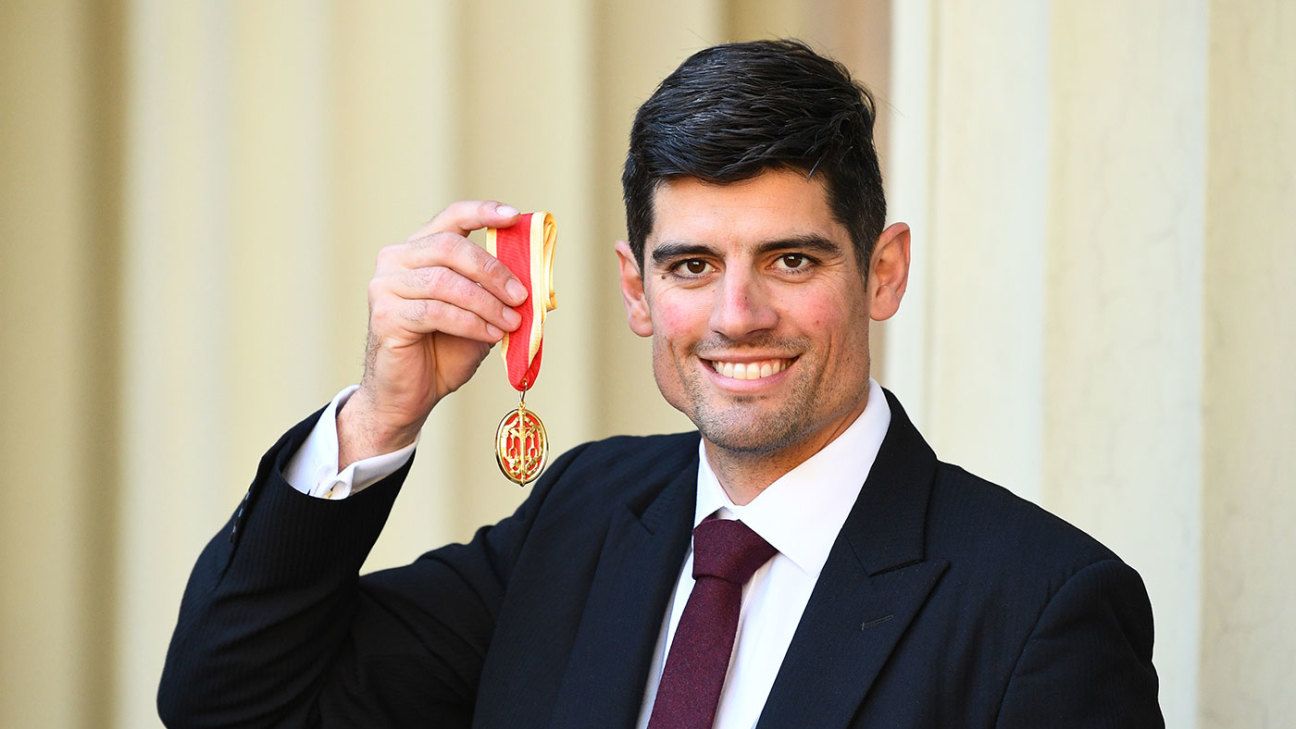 Sir Alastair Cook has received his knighthoood for services to cricket, after being dubbed by the Queen during a ceremony at Buckingham Palace.

Cook, 34, retired from Test cricket after scoring a hundred in his final innings at The Oval against India in September 2018, after 161 Test appearances for England, and 12,472 runs – both records.

He is the first England cricketer to receive a knighthood since Sir Ian Botham in 2007, and the first since New Zealand’s Sir Richard Hadlee in 1990 to do so while still an active player. He will continue to play for Essex this year after signing a new three-year deal last season.

Cook received his honour after kneeling in front of the Queen to be dubbed on the shoulders, before receiving his medal and engaging in a short chat afterwards.

“It is just weird, when you are told you have to just walk and kneel, that you should get so nervous,” he said.

“I have played cricket in front of many thousands and done okay but you get just as nervous just walking and kneeling, which is very strange.”