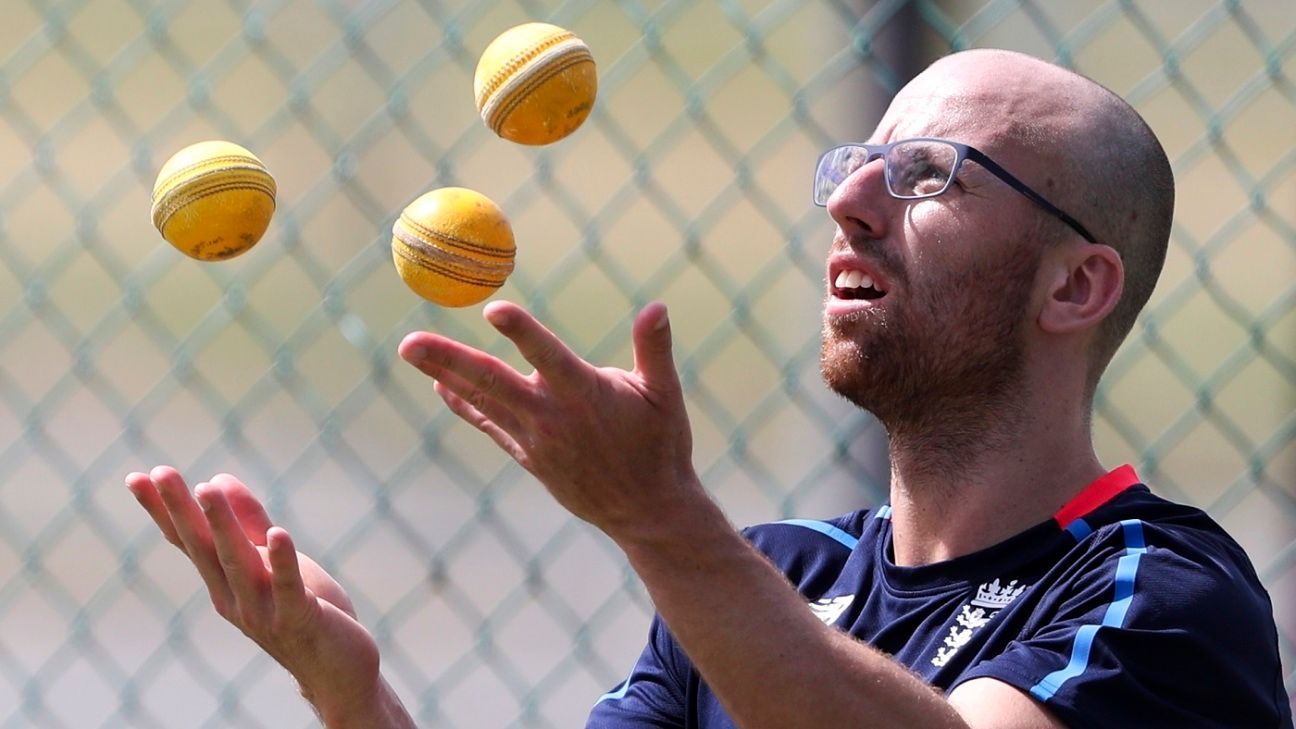 Jack Leach admits that his experience of spin-friendly conditions on last year’s England Lions tour of the Caribbean had led him to believe he would play a bigger role in the Test series against West Indies.

On a tour that has confounded pre-series expectations – with England proving ill-prepared to compete with a pumped-up West Indies pace attack on spicy pitches – Leach has gone from being the joint-leading wicket-taker in a series whitewash in Sri Lanka before Christmas, to drinks waiter in the Caribbean.

Leach had claimed 18 wickets at 21.38 in Sri Lanka in November – including his maiden five-wicket haul in Pallekele, and the whitewash-sealing wicket of Suranga Lakmal in the final match in Colombo – as England arrested a run of 10 overseas defeats in their previous 13 Tests by claiming an impressive 3-0 victory.

But his return to the sidelines has coincided with England’s reversion to type in Barbados and Antigua, where they were thrashed by 381 runs and ten wickets respectively to extend a record of just one series win in the Caribbean in 51 years.

“I’m four Tests into my career and it’s been two extremes,” Leach said. “That’s been interesting to experience, the highs and lows, and how more experienced players go about dealing with that. It’s about dusting yourself down to go again. That would be the main thing I have experienced.

“It’s been about helping the guys and learning as much as I can, working on my game to keep improving,” he added. “The results haven’t been good but I have been excited with what I have done with my own game. I don’t feel I have wasted time, I feel like I have made improvements, definitely. I have found I’ve been down after the defeats even though I’m not playing and that’s a real positive thing.”

With one Test remaining in the series, the scoreline of this latest tour is panning out much the same as Leach’s last trip to the Caribbean, a 3-0 defeat against West Indies A with the Lions last winter.

However, the method of England’s dismemberment has been markedly different. The Lions repeatedly succumbed to West Indian spinners 12 months ago, not least the slow left-armer Jomel Warrican, who claimed 11 wickets on a turning pitch in Antigua but – like Leach – has been an unused squad member throughout this year’s Test series.

The experience of that Lions trip almost certainly informed England’s selection for the first Test in Barbados, where Leach was the unlucky spinner to miss out as both Moeen Ali and Adil Rashid were chosen instead. Rashid went on to bowl just nine overs in England’s second innings, as it became clear that they had badly misread the conditions, and he was dropped in favour of Stuart Broad for Antigua.

All of which has left Leach on the outside looking in, especially after Moeen bounced back from a grim display in the first Test with a half-century and three economical wickets in the second. The chances of him earning a berth in St Lucia seem remote.

“I’m ready to go but I was so impressed with Mo in Antigua,” Leach said. “We have a good relationship and his last game he bowled a serious spell and scored some runs – that showed great character after his game in Barbados. So for me he’s doing a great job and I’m learning a lot from him.

“With my role I have to be patient and know when I am going to be involved or not,” he added. “I came here last year on the A tour and it ragged square, so I came here thinking I’d be more involved. It just shows they can prepare whatever wickets they want here, I guess, and these two games I wouldn’t have expected to play.”

Leach admits that his situation on the England tour is not dissimilar to that of his Somerset team-mate, Dom Bess, in the County Championship. Bess showed great resolve in his maiden Test series against Pakistan last year – earning his selection after Leach broke his thumb early in the season – but, with English conditions rarely favouring one spinner in a side, let alone two, he has since admitted he may need to move counties to enhance his prospects of remaining in England contention.

“It’s a difficult situation,” Leach said. “I felt for Dom last year, from playing Test cricket, we were suddenly both in the second team. Then I was first team in the Championship and he was 12th man a lot. It’s very difficult.

“The thing with Dom is he’s young and spinners develop later. He can go away and play, and that could be good for his cricket, or he could stay and try to get past me as No.1 spinner, which could also push him further. There is that healthy competition, we help each other but know we’re both going for one spot at times.”

With the Antigua wicket reportedly under scrutiny from the ICC following the three-day finish to the second Test, Leach recognised a similar refrain to the one he and his Somerset team-mates have been hearing for several seasons now, given the uniquely spin-friendly conditions that prevail at Taunton.

“We look at spinning pitches negatively but, if it’s seaming around, we’re not too bothered,” he said. “That needs to be addressed, how they mark pitches. We need to challenge people to be better at cricket rather than complain about pitches.

“I think the surface at Antigua, we’d have not come up against it in county cricket – that might not be possible. I don’t know if that comes from the top, but I think it’s a big thing.

“There’s also very few times where you spend 150 overs in the field and it’s a batting paradise … then you’re looking to spin them out on the final day. So as much as I think spinning pitches are important, I think playing on flat ones is too.”

“You can’t do things you haven’t practised before. For me, we need players to experience different surfaces. It’s important to change attitudes. That would strengthen our international teams in years to come.”