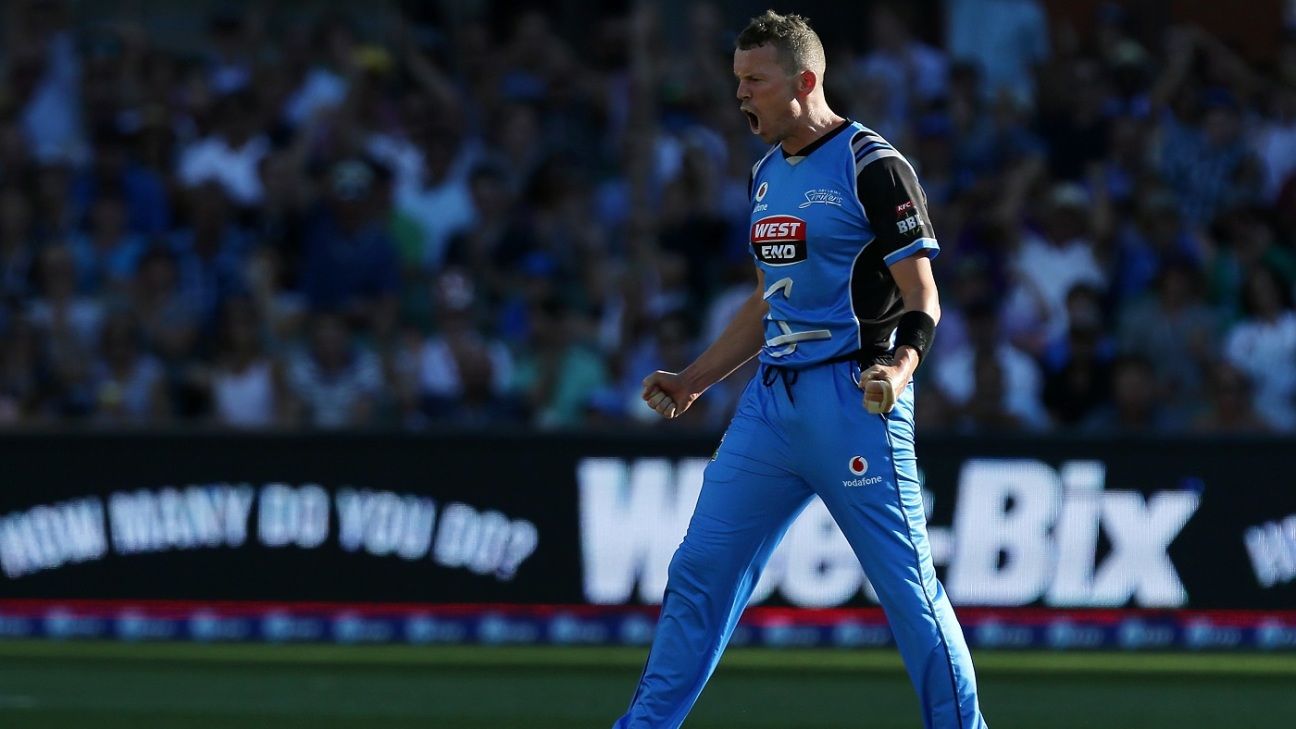 Last October, Peter Siddle played his first Test in two years. But that’s nothing. The same month he was added to Australia’s T20I squad, a format he has played just twice for his country, and now he will play his first ODI in eight years. He has a chance at being part of a World Cup and Ashes double tour to England.

What if someone had told him that 12 months ago? “I would have laughed at them,” he said.

There has been a lot of recrimination around the Australia men’s teams this season amid continued upheaval, and Siddle’s story feels like an uplifting tale.

The Test return is the least surprising development. Siddle has remained a very consistent red-ball bowler, having overcome a back injury he suffered in 2016. However, his rise to prominence in the limited-overs game is the result of a cricketer reinventing himself towards the latter part of his career.

“I’m getting on in my years so haven’t got a hell of a lot of cricket left, especially at the international stage, so just knew I had to get fit and see how things went,” he said. “It hadn’t even crossed my mind playing white-ball cricket for Australia again. In the UAE, I stayed as back-up after [Mitchell] Starc got rested for the T20Is, but didn’t think much of it. I feel like a young kid getting his first opportunity.”

By playing at the SCG on Saturday he will comfortably set a new record for the longest gap between appearances for an Australia player, beating the six years and 282 days of Tim Zoehrer between 1986 and 1994. It is also at the ground of his last appearance in limited-overs international cricket: from that match against Sri Lanka, he is one of just four of the Australians still playing, along with Shane Watson, Cameron White and Steven Smith.

His return to Australia’s coloured clothes is down mostly to his outstanding BBL campaign in 2017-18 – form he has carried into this year’s tournament. Last season, he was a key part of Adelaide Strikers’ tournament-winning run, conceding just 5.94 runs per over across 11 matches, which was easily the best for any quick who played more than a single match. It was also the best economy in Big Bash history for a pace bowler playing at least 10 matches a season.

Having found life tougher in the T20 Blast where he played for Essex, taking three wickets at an economy of 9.50 from five innings, this season he currently has a BBL economy of 4.88 across his three matches which have brought four wickets. Against Sydney Thunder, on New Year’s Eve, he claimed 3 for 20, but having started to hear a few suggestions an ODI call-up might come, he admitted feeling the nerves that night.

“I went away before the selection meeting and played the New Year’s game. I was a bit more nervous than I was previously because I knew if I put in a good performance, it could mean a lot.”

It was being away from the international scene that gave him time to work a new – or updated – set of skills which have now caught the eye of the selectors. Having played just seven BBL matches for Melbourne Renegades in 2014 and 2015 before being sidelined by the back injury in 2016, he found a new home with the Strikers.

“Getting the chance to play a full season of the Big Bash, if there’s ever a good way to learn fast, how to develop skills in white-ball cricket, it’s definitely the T20 format. You have to learn quickly, learn on your feet and if you don’t execute the deliveries, you obviously cop it a lot in the shortest format. That’s definitely helped my 50-over form.”

“For him to go away and work on the skills that he’s brought to the table over the last couple of years in Big Bash cricket is outstanding,” Australia’s one-day captain, Aaron Finch, said after confirming him in the XI. “He probably went with a real red-ball focus for a long time there and probably neglected the one-day skills and then to come back and have an eight-week period last year where he just focused on skills for the white ball, how quickly he learnt, how quickly he improved was unbelievable and he’s kept doing that.”

Siddle is still waiting to see what role he is given in the ODI side – and T20 form does not guarantee success over the longer duration – but given his role in the BBL, it would not be a surprise to see him have the responsibility of the closing overs. “Obviously the death bowling, yorkers and change-ups, I think my skills I’ve been able to execute pretty consistently. That will play a big role in my set-up, but I’ll find out more in the next couple of days. The focus over the last couple of weeks has been on that death bowling and working on trying to perfect that.”

And if he is asked to bowl at the India batsmen when they are in full flight in the latter stages of an innings, he’ll be keeping it pretty simple.

“Sometimes people do get caught up a little bit in trying to have too many options, not just having the few good options they can fall back on and that they know they’ve perfected under pressure. So for me that’s what it has been. Getting everything perfected as best as I can, so when it comes to the heat of the battle that I can back up my skills.”

The only other global tournament Siddle has played was the 2009 Champions Trophy. He took 3 for 55 in the semi-final victory over England before nabbing 1 for 30 off his 10 in the final against New Zealand to help secure the title. Nine years on and Siddle could be a few good performances away from booking a World Cup trip.