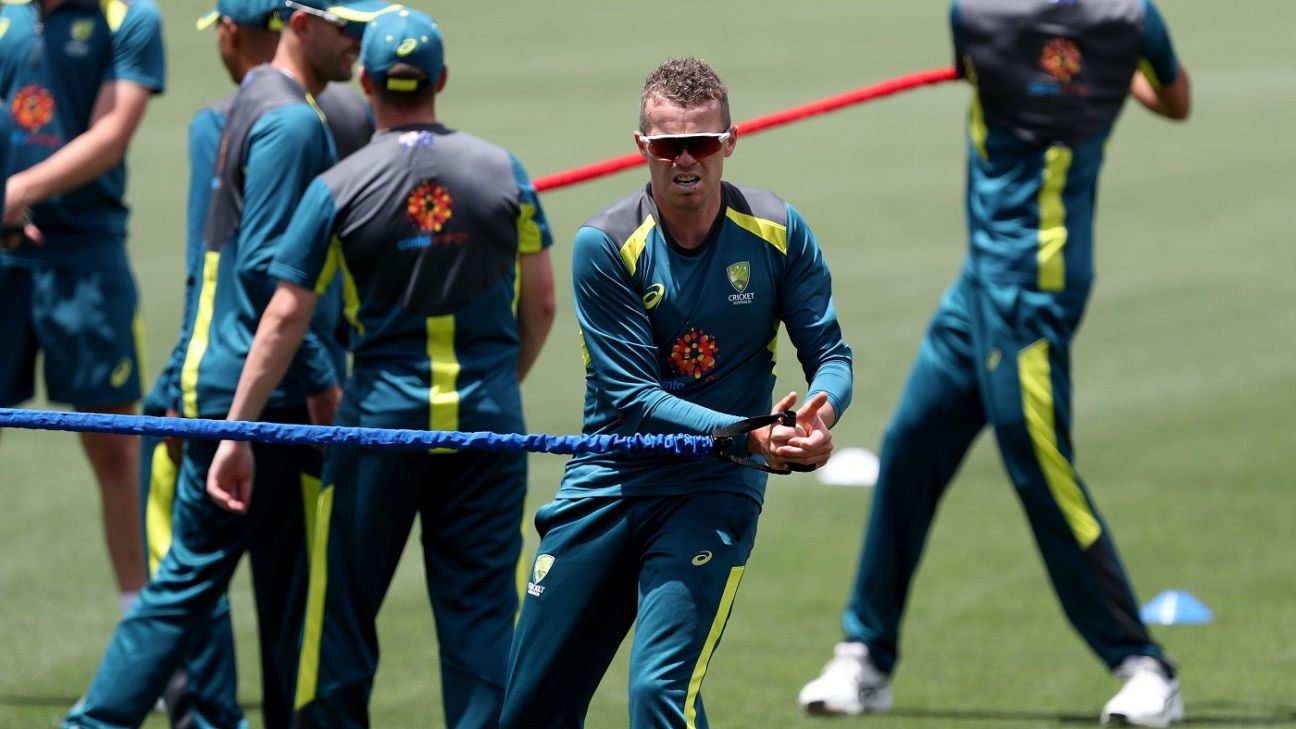 Being part of Australia’s Test squad this season has been a double-edged sword for Peter Siddle, putting him closer to adding to his 64 caps but also limiting his time actually playing.

Siddle’s appearance for Adelaide Strikers in their heavy defeat against Sydney Sixers at the SCG was just his seventh outing since the end of the November – four have come in the Big Bash and three in the ODI series against India as he ended an eight-year absence from the Australia one-day side.

Siddle was not lamenting being around the international set-up again, but he admitted it was a challenge remaining in rhythm while flying back and forth for the occasional BBL appearance. He will link back up with the Test squad in Canberra on Wednesday morning and is likely to miss the Strikers’ next match as it is the day before the second Test. Then if, as expected, he isn’t required he will aim to play the final two group matches although the Strikers have all-but seen their title defence come to an end with the defeat in Sydney.

“It’s been good to be around the Australian set-up, but think I’ve played my seventh game in white-ball in two months so there’s not a lot of cricket being played,” he said. “It has been hard to fly in and play games, that’s no excuse but not the greatest preparation over the last few weeks.

“I’m feeling good, bowling plenty with the red ball just not in games at the moment. It’s feeling good if I get the opportunity in Canberra but it’s probably going to be the same XI so I’ll probably miss out.”

Despite being around the Test squad all season, Siddle was leapfrogged by Jhye Richardson for a place in Brisbane after Josh Hazlewood was ruled out. Richardson impressed with five wickets on debut to put himself in prime position for an Ashes berth, but despite his lack of recent cricket Siddle is not concerned about it impacting his chances of going to England.

“It was disappointing to miss out last week, but I’m doing all I can,” he said. “It’s not too bad, there’s still four Shield games to go then I go over and play county cricket for two or three months before the Ashes anyway. Think my record over there speaks for itself, I’m not too worried about preparation for that.

“It’s just tough at the moment trying to get some game time, flying in and out, specifically for the Strikers the games haven’t lined up well with the Tests so that’s been the hardest part so it has been tough. It is always nice to come back and play these games, get a little bit of cricket under my belt.”

Though Siddle talked about a two or three month pre-Ashes spell with Essex that would be significantly reduced if he were part of the World Cup squad. Australia’s final 15, which has to be named by April 23, will have a training camp in Brisbane during early May before heading to the UK for the tournament which runs until mid-July.

An in-house warm-up match involving Australia A in late July will be the main Ashes preparation. Those not involved in the World Cup, and on the fringes of the Test squad, will have two other four-day matches as part of the Australia A tour. Justin Langer said they were likely to leave naming the Ashes squad until quite late to assess form in those A-team games.