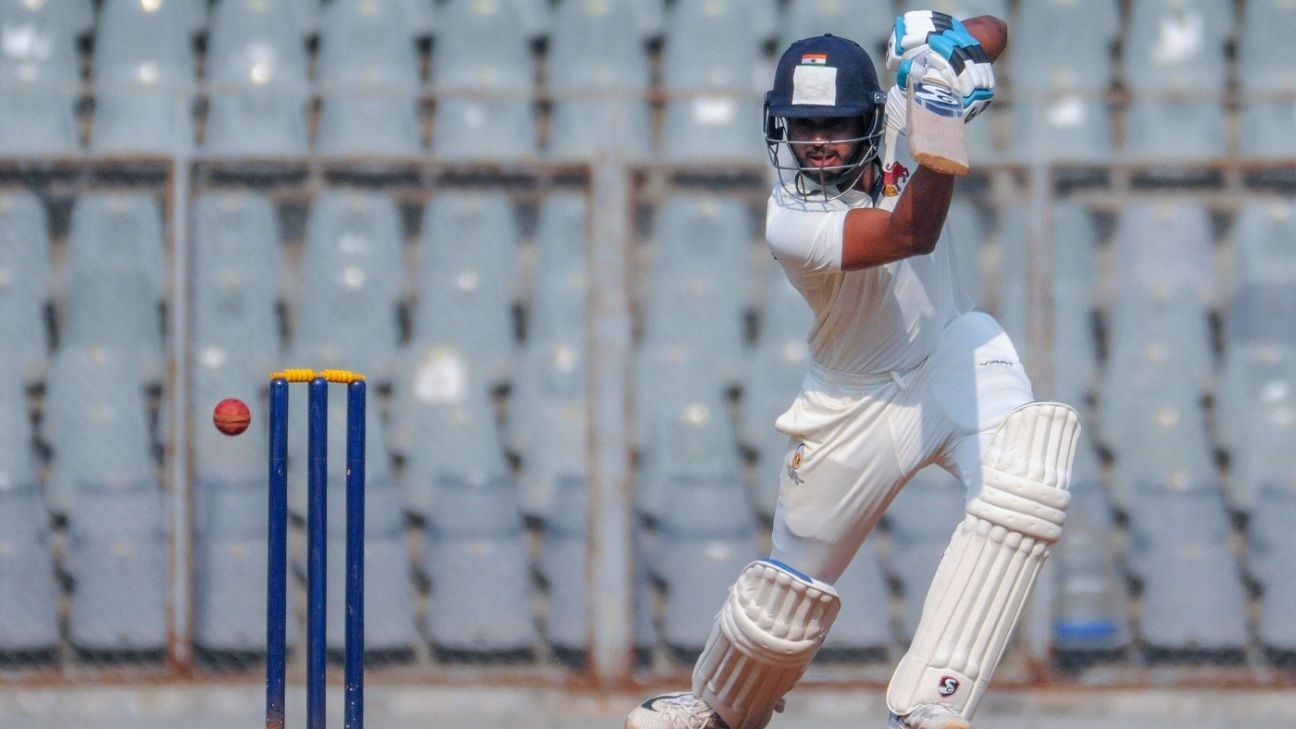 Out of contention for a knockouts berth, Mumbai have left out experienced wicketkeeper and former captain Aditya Tare from their squad of 15 for their final league fixture against Chhattisgarh. Eknath Kerkar, the 25-year old who struck an unbeaten half-century on first-class debut against Baroda, is likely to slot into the XI as his replacement.

ESPNcricinfo understands that Tare has been dropped, even though he is the fourth-highest run-getter for Mumbai this season. His 370 runs in 14 innings, which include three half-centuries and a hundred, have come at 33.63. He has a highest of 15 in his last six innings, however.

Tare isn’t the only big name missing. Shreyas Iyer too is set to miss out, after complaining of a stiff back. Iyer, who led Mumbai to the Vijay Hazare Trophy title in October, had recently spoken out about fatigue when he featured in a Ranji fixture less than 24 hours after returning from an India A tour of New Zealand.

Mumbai will, however, have Dhawal Kulkarni back after he had been left out for the previous game against Vidarbha. Kulkarni’s exclusion caused some confusion in the Mumbai camp. The bowler declared himself fit following a three-week rehabilitation for an ankle injury, but the selectors clarified that playing three fast bowlers – Shardul Thakur and Tushar Deshpande being the other two – with a history of injuries “may have been a huge risk”. Kulkarni has so far featured in three matches this season, picking up eight wickets with a best of 3 for 71.

India Under-19 batsman Yashasvi Jaiswal has returned to Mumbai’s senior squad and could be handed a debut. The 17-year old Jaiswal scored an unbeaten double-century in a drawn fixture against Andhra in the CK Nayudu Trophy (Under-23 four-dayers) in Visakhapatnam on Saturday. The left-hand opener scored a 280-ball 241 in the second innings, and forged a partnership with Armaan Jaffer, who made 147. Armaan, incidentally, was part of Mumbai’s Ranji plans this season, but has been out of favour after scoring only 11 runs in four innings.

Yuvraj Singh to feature for Punjab

Yuvraj Singh will be playing in Punjab’s final league match against Bengal in Kolkata. Yuvraj has played four out of the seven Ranji matches Punjab have taken part in, and this will be his fifth. This is a crucial match for both Punjab and Bengal, with both teams needing a win, ideally with a bonus point, to cement their positions in the top five of the combined Groups A and B. Punjab have 20 points, while Bengal have 22. Yuvraj, meanwhile, believes that the man to keep an eye on is Shubman Gill, the 19-year-old opener. “He is a young guy whose batting I like to watch,” Yuvraj said. “He is very exciting. He should serve India for a long time but that will also depend on how well he is looked after.”

Out of knockouts race, Tamil Nadu punt on youth

Tamil Nadu will be without Dinesh Karthik for their final league game at home against Delhi as he’s part of India’s ODI squad for the series in Australia and New Zealand. Karthik is just one game away from equalling S Venkataraghavan’s record for most first-class games for Tamil Nadu.

They have included Pradosh Ranjan Paul, the teenage batsman, who is likely to debut along with spinner S Mohan Prasath. Pradosh, who represents the Grand Slam Cricket Club in TNCA’s first-division league, was born in Bhubaneswar, and now lives in the industrial town of Tirupur. Since being spotted at an age-group camp, he now trains in Chennai and was part of the side’s pre-season preparatory camp. This is his maiden call-up.