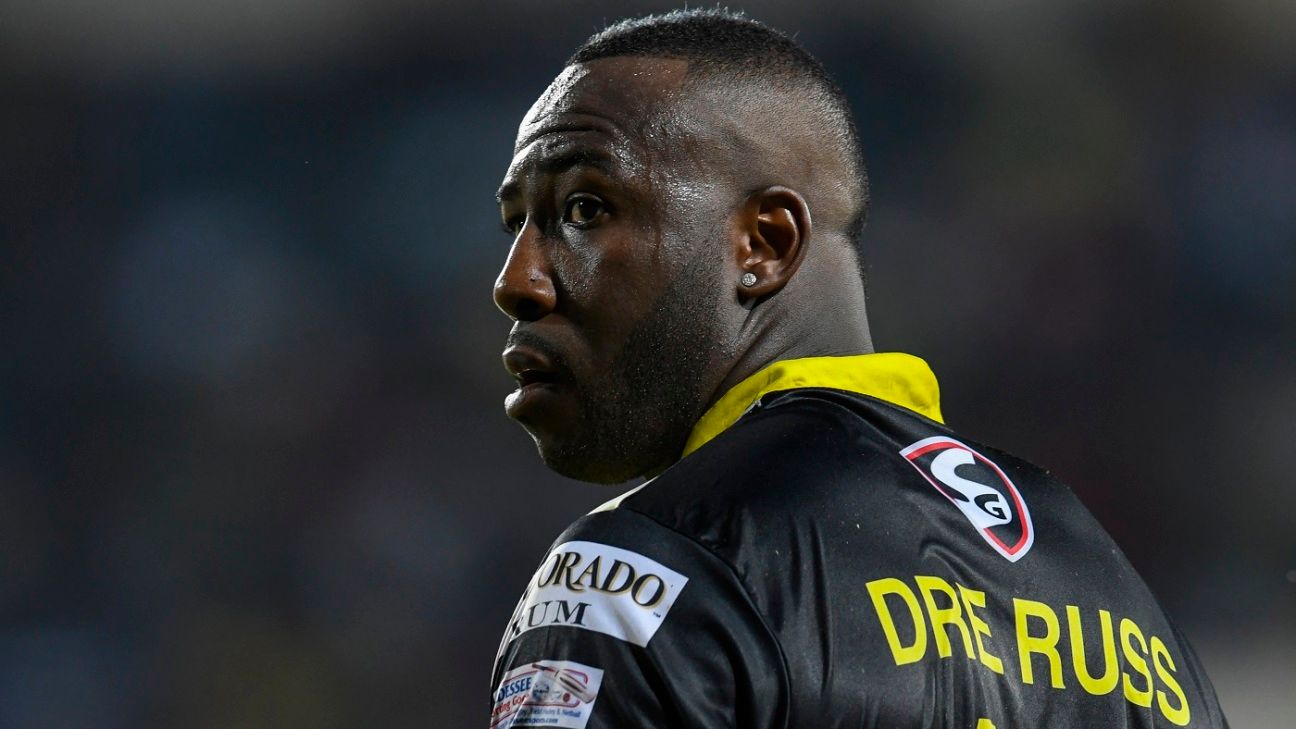 Andre Russell prefers the “shorter” and “more fun” Bangladesh Premier League (BPL) to Australia’s Big Bash League (BBL). The two tournaments often occupy the same space in the global cricket calendar, forcing players to choose one or the other.

Russell is set to play for the Rajshahi Royals in the 2019-20 BPL season, and was unveiled as their captain on Tuesday.

“This tournament is more fun,” Russell said, during Rajshahi’s jersey launch on Tuesday. “It is shorter [than the BBL]. So less time away from home. I get a lot of love here. The hospitality and everything is amazing. You get a warm welcome on this side of the world. I never really think twice.”

Russell has been a BPL regular, and winning the title twice, with Comilla Victorians in 2015-16 and Dhaka Dynamites in 2016-17. He has featured in three BBL seasons too, but hasn’t played in the Australian competition since 2016-17. Last year too, Russell chose the BPL over the BBL, and played 15 matches for Dhaka Dynamites.

ESPNcricinfo understands that Rajshahi Royals are paying Russell slightly more than the USD 170,000 offered by a BBL side for the 2019-20 season.

Russell said the changes to the BPL this year – the BCB owns all seven teams – piqued his interest in signing up for the BPL once again.

“Once I heard this was happening – new rules, new teams, new owners, new franchise – I was interested to be part of it. I wanted to get the ball rolling.

“I am honoured to be given the responsibility of leading the team. Regardless, I always look at myself as a player in the heat. I have a very big role in any team I play for. It is going to be something new for me outside the Caribbean. I have led Jamaica Tallawahs before. It will be interesting and I am up for a challenge.”

Rajshahi will begin their BPL season on December 12, the second day of the tournament, with a match against Dhaka Platoon. Their squad contains plenty of experienced cricketers including Shoaib Malik, Ravi Bopara and Russell himself.

“I won’t say we have the best squad but we have a good team on paper,” Russell said. “It is a good start for any captain, coach and any team. We want to use the experience of each player, which will put us in the right foot.

“We have Shoaib Malik, myself, Ravi Bopara and [Hazratullah] Zazai and [Liton] Das at the top. We have a few good local talents. I have been watching videos, seeing what they can do. We have a balanced squad including local and international fast bowlers. We have good options.”

Unlike Rajshahi, Sylhet Thunder don’t have too many big names to call upon, and are seen as underdogs leading up to the new season. Their coach Herschelle Gibbs said they are happy to be the unknown quantity in the tournament opener against Chattogram Challengers, but pointed to one gap in their line-up.

“If you fly under the radar it is nice to get one out of the way. There will be nervous excitement and energy for everybody including me,” Gibbs said. “Once tomorrow comes, if you play with freedom, you can achieve anything irrespective of who play against.

“There is no guarantees in the game which is fantastic. You do not need big names. You need one guy to fire. The unknown is a good place to be in because no other teams know the unknown.

“As far as our skillset is concerned, we have got a variety of spinners. We have [Krishmar] Santokie from West Indies as our only left-arm seamer. Unfortunately, we do not have top order left-handed batsman. We might be little be short there. We have to do with what we have.”