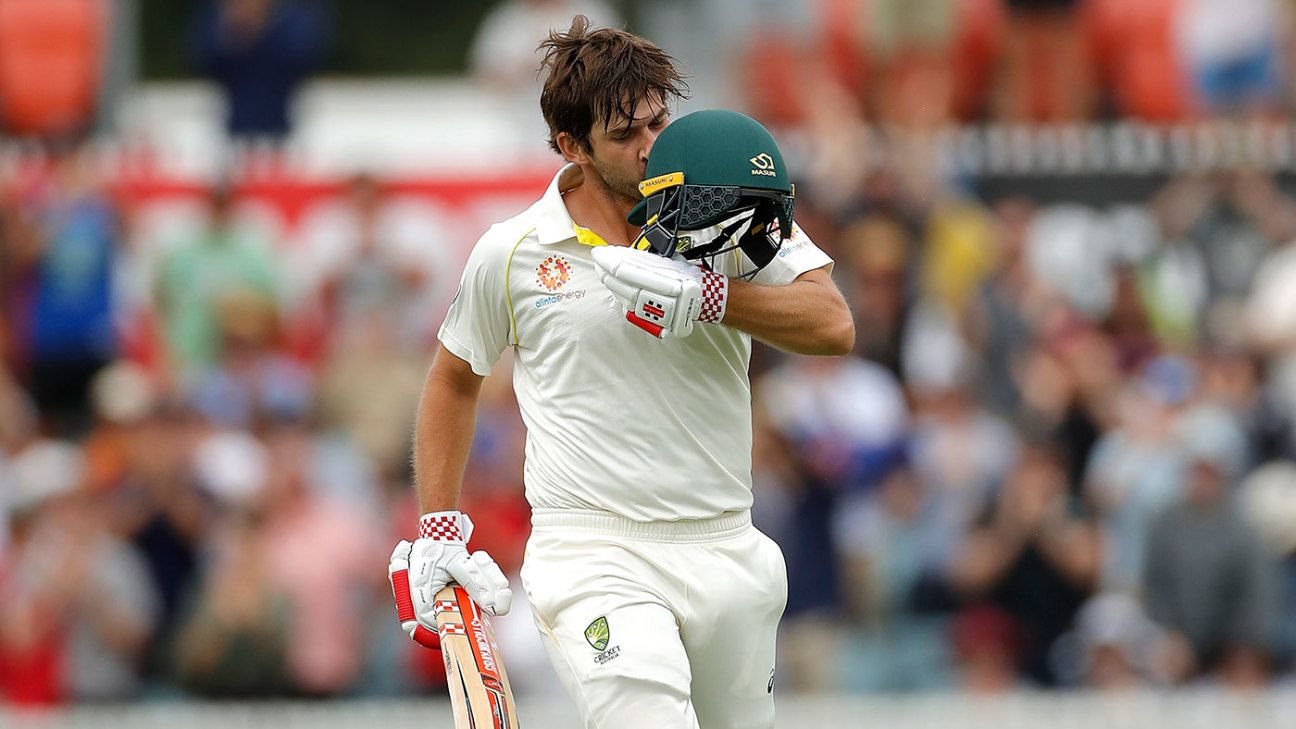 The final four rounds of the Sheffield Shield begin on Saturday and there is a lot to play for besides the title itself. Victoria lead the table but all six sides still have a chance of making the final. However, for individuals, there are four games and possibly a final, to make a strong case for selection for either the Ashes tour or the Australia A tour of England which precedes it. The last four rounds will be played with Dukes balls which is another added element in preparation for the looming northern summer. With Australia’s ODI squad away for consecutive tours of India and the UAE, none of the players in that squad will play a single Sheffield Shield game before the end of the season. Here are the players who have the most to gain in the last four rounds of the Shield season.

The left-hander looked a lock for the Ashes series at the end of the Sydney Test having been the best performer against a top-quality India attack. But his failure to convert starts in that series came back to bite him in the two Tests against Sri Lanka and with the return of David Warner he may yet be forced out. There is no doubt the talent is there, he reached 20 in seven of his 11 Test innings, but only twice did he reach 50. He is the equal second leading run-scorer in the Shield this season with 501 runs having played four fewer innings than the leader Matthew Wade, who has made 572.

After being left out for the UAE tour and the India series Burns was finally recalled against Sri Lanka and made the most of the opportunity posting 180 in the second Test in Canberra. He now has four Test hundreds in 16 Test matches yet, somehow, he’s still not a certainty for England. His Shield record overall is what propelled him back into the Test side and he should score runs in the back half of the season. Significant scores in any of the games will carry extra weight and further reinforce his Ashes credentials.

Compared to some others it might be harder for Labuschagne to miss the Ashes tour than to make it based on the positive reviews he has received following his performances in the last three Tests of the summer. He was a Test incumbent at the start of the Shield but a lean start meant he missed out until being somewhat surprisingly recalled for the fourth Test against India and he then made 81 at against Sri Lanka at the Gabba to shore up his place. His record against the Dukes ball in Shield cricket is solid with 707 runs at 39.30.

An unbeaten century in his last Test innings against Sri Lanka will be hard to ignore. He will at the very least go on the Australia A tour. The last four Shield games are a chance to really bed down an Ashes berth. Steve Smith’s return means one of the incumbents in Australia’s Test middle order is likely to miss out in the first Ashes Test plus the ever-present need for an allrounder always means the sixth batsman is vulnerable. Patterson can alleviate any doubts with a stack of runs.

He finds himself on the outside looking in after being in the squad for the Sri Lanka series but missing out on selection. He found some good form in the closing stages of the BBL tournament and he played well at the end of the last Shield season scoring three centuries post-BBL. Like Burns, he has the challenge of two games at the Gabba and one at the WACA as well one against Victoria.

All eyes will be on Pucovski in the last four games of the season. He has yet to play two games in a row this season at domestic level and only played two Shield games out of six before the BBL-break due to mental health issues. He has only had four innings in matches since Christmas, two for his club side in Melbourne and two for the Cricket Australia XI. How Pucovski handles four straight games and maybe a final, could determine whether he heads on the Australia A tour.

Chairman of selectors Trevor Hohns explained Wade’s omission from the Test squad was partly due to him batting too low in the order for Tasmania. He will get a chance higher up the order, likely at No. 4, with Tim Paine back as wicketkeeper batsman and George Bailey injured. He has an opportunity to do something no player has done in Sheffield Shield cricket for four years: score 1000 runs. Not since Adam Voges and Michael Klinger both did it in 2014-15 has the mark been crossed. It was enough to earn Voges an Australia call-up aged 35. If it’s not enough to get Wade to England then the chorus of criticism from the public and media will reach an unprecedented level.

He started the summer as Australia’s new vice-captain and now he finds himself in no man’s land, out of favour for all three formats and unsure of his place in Australian cricket. To make matters worse he will miss WA’s first Shield game following the BBL break after suffering a nasty groin injury. He may need more runs and wickets than most to be recalled after failing to capitalise on his opportunities over the last 12 months.

Siddle has been a victim of his own success in that his trustworthiness and return to form led to him being included in all Australian squads across the summer but he ended up carrying drinks more than playing. Now he gets the chance to settle in for Victoria and bowl a lot of overs with the Dukes balls which will suit him perfectly. He was superb for Essex in England last year taking 37 wickets at 16.40 in just seven matches and he remains likely to be part of the Ashes touring squad.

Much like Wade, there’s nothing he can do other than pile up wickets in the hope of forcing the selectors hand through sheer volume of performances. He has dominated the Sheffield Shield over the last two seasons and is dueling teammate Scott Boland to be the leading wicket-taker once again.

He has been in tremendous form this season leading the Shield wicket-takers with 36 at 17.41. He didn’t get to play much in the back-end of the BBL season for Melbourne Stars and it will be interesting to see whether that affects his rhythm on return. He and Tremain might be in a straight shoot-out for a spot on the Australia A tour and the Ashes.

There has been a lot of discussion about Worrall’s chances for the Ashes tour. Injury will be the biggest issue. He is being rested from the first Shield game after the BBL due to concerns over his troubled back. If he can get up and going and play the last three games without interruption, and bowl well, he will almost certainly be part of the Australia A tour.

Sayers has quickly become a forgotten man after making his Test debut in South Africa the match after the ball-tampering scandal and claiming the prized scalp of AB de Villiers. Since then he has played only three JLT Cup games and three Shield games earlier this season before needing minor surgery to fix a knee issue. He gets a chance to re-establish himself as one of Australia’s premier swing bowlers over the last four rounds to stake a claim for an Australia A berth.

The potential of having Pattinson join Australia’s already rapid attack has got tongues wagging. He made a cautious return to the Shield earlier this season after back problems before a side strain injury curtailed his BBL. He won’t be back until next month and remains a long-shot for the Ashes, but that is unlikely to stop the chatter if he gets among the wickets. Durability rather than wickets could be the deciding factor.

He was Australia’s second spinner in the UAE but has scarcely played in this home summer with three Shield games for Victoria out of six before the BBL and an outing for the CA XI where he claimed 4 for 28. How much bowling he gets between now and then might depend on the dominance of Victoria’s quicks, although they are playing on four flat pitches where his services will be needed in the third and fourth innings especially.

He candidly admitted ahead of the BBL semi-final that his prospects of playing for Australia again are very unlikely. But Ashton Agar’s serious finger injury means that experienced spin options beyond Nathan Lyon and Holland are thin on the ground. O’Keefe’s record is exceptional and he can never be discounted.