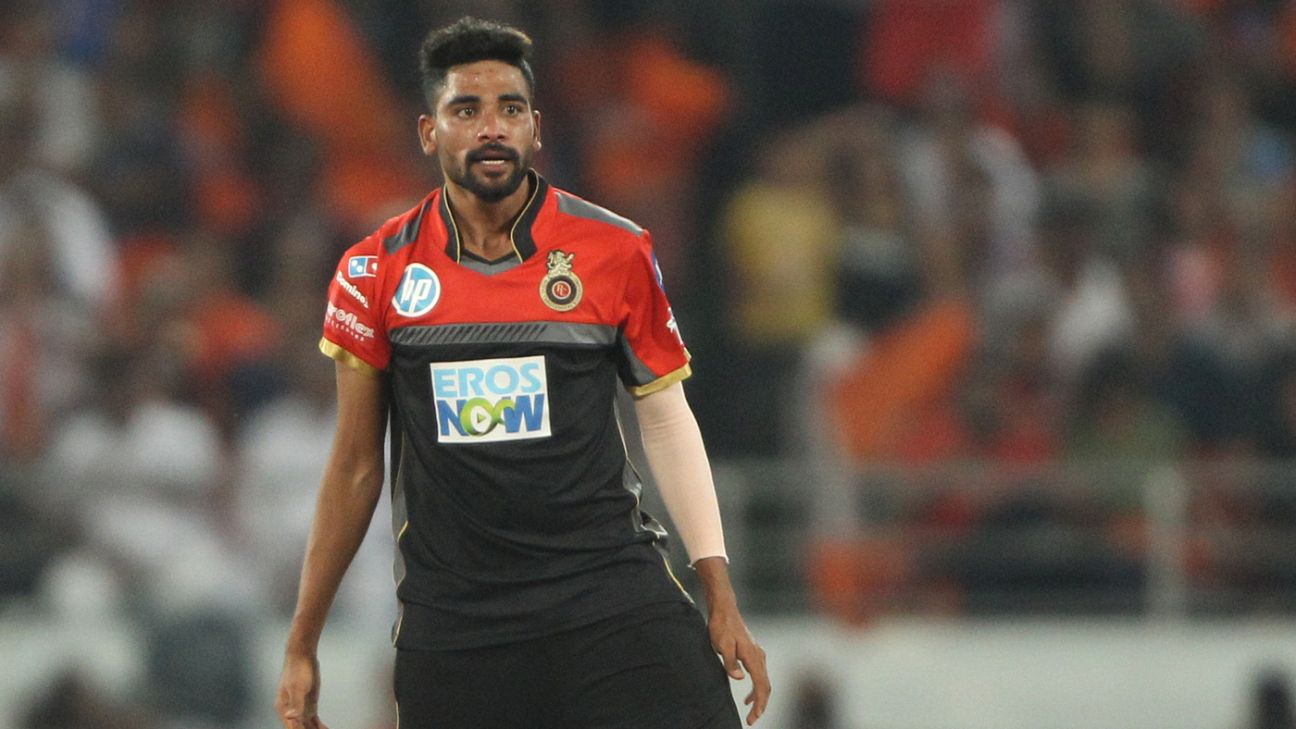 Australia won the toss and decided to bat against India

India have handed an ODI debut to seamer Mohammed Siraj as they aim to level the one-day series against Australia on a hot day in Adelaide.

They will have to bowl in the highest temperatures after Aaron Finch won the toss and was pleased to be able to bat first. Virat Kohli said he would have done the same.

Siraj comes into the side for left-armer Khaleel Ahmed who struggled a little at the SCG, but India have not adjusted the overall balance of the side so will be relying on their five frontline bowlers. Ambati Rayudu, who bowled a couple of overs in Sydney, had his action reported after the match although he is allowed to continue bowling until tested.

Kedar Jadhav, who bowls offspin, was an option for the middle order if India had wanted a safety valve in the attack but they have retained Dinesh Karthik after what Kohli termed was a “rusty” team performance in the opening match.

Australia named an unchanged team meaning legspinner Adam Zampa will have to wait for his chance. Mitchell Marsh was available after illness but has been left on the sidelines while Glenn Maxwell is again slotted in at No. 7.