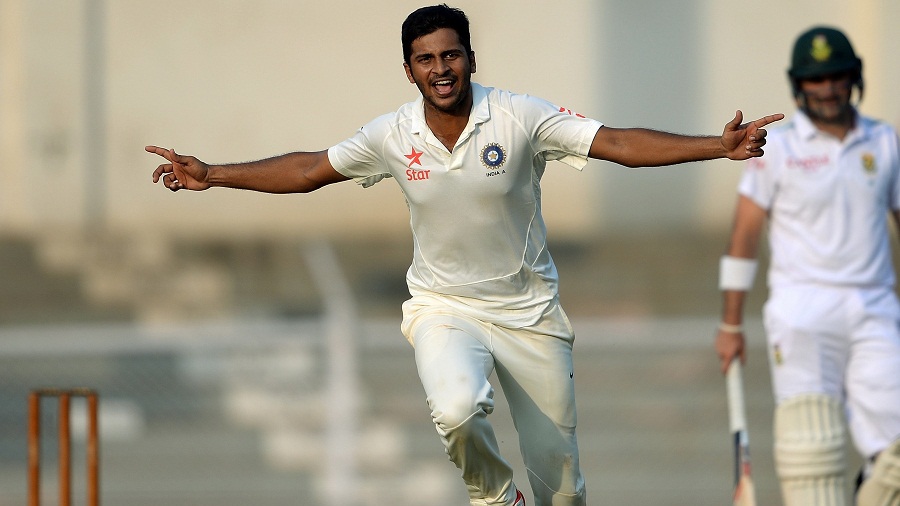 India A extended their dominance over South Africa A on day one of the first four-day match in Thiruvananthapuram, bowling them out for 164 before going to stumps within 35 runs of taking a first-innings lead with eight wickets in hand. Shardul Thakur‘s three-wicket burst played a key role in dismissing the visitors cheaply before captain Subman Gill struck an unbeaten 66 to put India A in a commanding position.

The India A quicks wreaked havoc with the new ball and the spinners cleaned up the tail to bundle out South Africa in the 52nd over. The visitors were in deep trouble at 22 for 5 in the 13th over before some lower-order contributions saved them from a sub-100 collapse. Mohammed Siraj had the captain Adien Markram caught behind for a four-ball duck in the first over and Thakur followed that up with the wicket of Pieter Malan for an eight-ball duck in the fourth, to leave them on 0 for 2.

There was no respite with the introduction of spin either as Shahbaz Nadeem removed No. 3 Zubayr Hamza for 13, and Thakur soon removed Khaya Zondo and Heinrich Klaasen in consecutive overs to leave them five down.

A series of small partnerships thereafter – 30, 31 and 30 for the sixth, eighth and ninth wicket – took South Africa past 100. No. 7 Wiaan Mulder scored 21 and Dane Piedt chipped in with a quick 33 off 45, with six fours. But it was for the final wicket that the visitors added most runs – 33 – Marco Jansen top-scoring with an unbeaten 45, with four fours and two sixes, and Lungi Ngidi, the last man out contributing 15 off 10.

K Gowtham, who was reported unwell on the eve of the match, also chipped in with three lower-order wickets, including those of Piedt and Mulder. Thakur finished with 3 for 29 from 12 overs whereas Nadeem bagged 2 for 37.

In response, India started fluently, the openers adding 48 before Ruturaj Gaikwad was bowled by Jansen for 30. Gill was then joined by Ricky Bhui for a 58-run stand which was broken by Ngidi, who cleaned up Bhui for 26, before Gill and No. 4 Ankit Bawne negotiated the last 7.2 overs of the day.

Mayank Agarwal, Rishabh Pant among the runs as India tick most boxes in warm-up game
Mohammad Hafeez cleared to bowl again after passing assessment test
Nothing between them as South Africa and England prepare for decider
We didn’t deserve to win, they deserve 3-0 – Virat Kohli
If AB de Villiers is ready and willing, he will be at the T20 World Cup – Mark Boucher