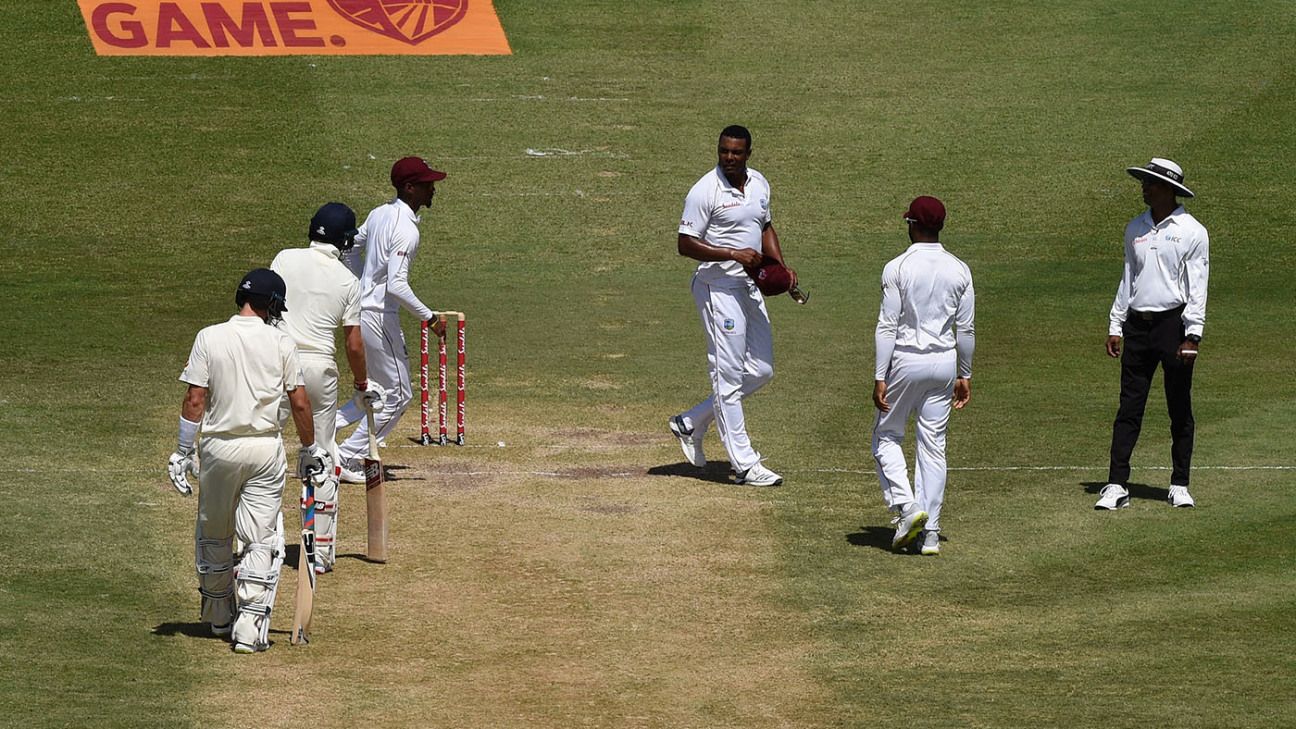 Joe Root, England’s captain, acknowledged Shannon Gabriel could have said something he “might regret” during their exchanges on the third day’s play in St Lucia.

Stump mics caught an interaction between Gabriel, the West Indies fast bowler, and two England batsmen, Root and Joe Denly, which ended with Root saying: “There’s nothing wrong with being gay.”

Although the mics did not catch Gabriel’s earlier comments, it is understood the umpires spoke to him about them at the time. They are believed to have no intention, at this stage, of taking further action.

While Root was seen rebuking Gabriel for his comments on the pitch, he was reluctant to draw attention to them once play had finished. Although he seemed to accept the fast bowler may have said something inappropriate, he is not understood to have reported it to officials and suggested such exchanges should stay on the field.

“Sometimes people say things on the field that they might regret, but they should stay on the field,” Root said.

“It’s Test cricket and he’s an emotional guy trying to do everything he can to win a Test match. He’s a good guy who plays hard cricket and is proud to be in the position he is. The battle was a good contest, he’s had a wonderful series and he should be proud.”

Richard Pybus, West Indies’ interim coach, said he was not aware of the comments but suggested that, if they were deemed “untoward”, it would be addressed.

“Nothing has been reported to me,” he said. “But if a comment was made, we’ll review it. And, if it was untoward, we’ll be addressing it.”

The incident may speak of a culture clash as much as anything. Radio stations in some parts of the Caribbean regularly play music with lyrics that would be viewed as homophobic and unacceptable in the UK – or many other places – while some homosexual acts remain illegal across much of the region.

Article 2.13 of the ICC’s code of conduct applies to use of “language of a personal, insulting, obscene and/or offensive nature”, with a range of charges covering different levels of seriousness.