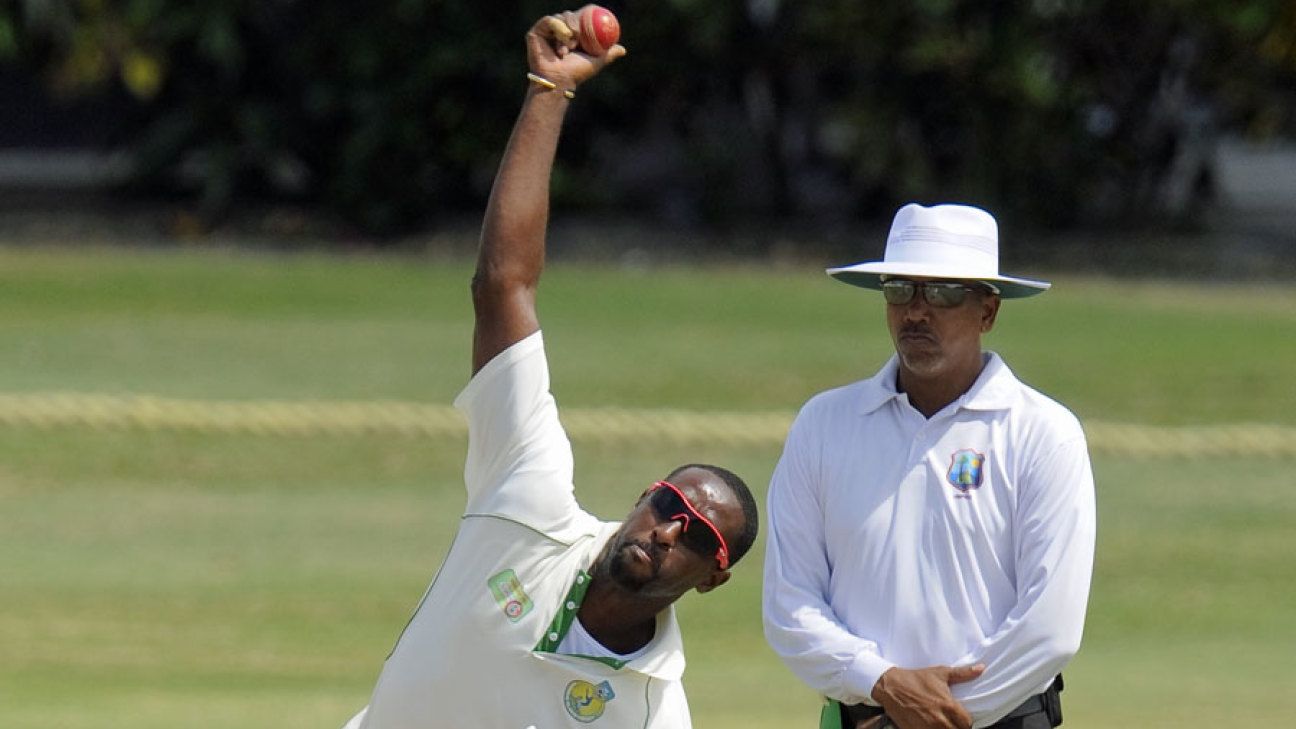 West Indies offspinner Shane Shillingford has been suspended from bowling in domestic cricket with immediate effect after an independent assessment found his action to be illegal. The assessment revealed that Shillingford’s deliveries exceeded the 15 degrees limit permitted under playing regulations.

Shillingford, 35, was reported for a suspect action during the opening match of the West Indies domestic four-day tournament in St Lucia last month, where he finished with match figures of 5 for 115 in Windward Islands’ 125-run loss to Guyana. He played another match before his action was deemed to be illegal, in which he picked up 12 wickets to hand Windward Islands a 76-run win against Trinidad and Tobago in Tarouba.

According to a CWI release, he will remain suspended until his action is found to be legal and is expected to undergo remedial work supervised by the Windward Islands franchise.

He can apply for a reassessment after modifying his bowling action in accordance with the regulations, either by an opinion report from Loughborough University or by an independent analysis from an accredited testing centre.

This is the third time Shillingford’s bowling action has come under scrutiny. In December 2010, he was suspended from bowling as his action was found to be illegal following independent tests in Perth, though he underwent remedial action and was cleared by the ICC in June 2011.

In 2013, Shillingford was suspended again during the tour of New Zealand, following tests in Perth which showed both his doosra and conventional offspin breached the limit laid down by ICC. Subsequent testing at the University of Western Australia showed that his offspin and straighter ball were within the regulations, but his doosra still remained illegal.

Having made his international debut in 2010, Shillingford has played 16 Tests for West Indies, and has 70 wickets at an average of 34.55.