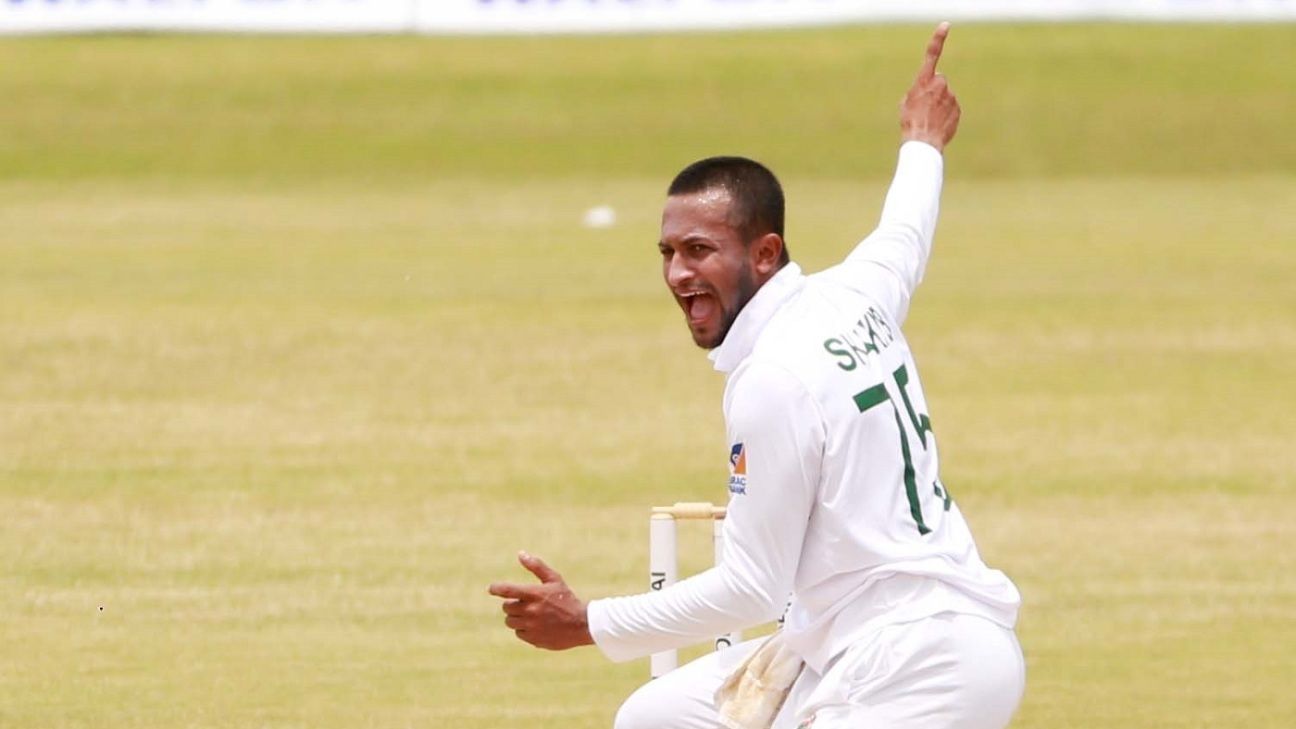 For the second time in ten days, Shakib Al Hasan has expressed his unwillingness to lead Bangladesh. This time he said it after their 224-run defeat to Afghanistan in Chattogram, although he hinted that he is open to discussions about his role, with the BCB chief Nazmul Hassan.

“I think it will be ideal if I didn’t have to be the captain,” Shakib said. “From a personal point of view, it will be good for my cricket. If I have to take leadership, then we must have discussion about a lot of issues.”

Six days before the start of the Afghanistan Test, Shakib had similar views on his captaincy in an interview to the Bengali daily Prothom Alo.

ALSO READ: Shakib not ‘mentally prepared to lead in Tests and T20s’

“I am not even mentally prepared to lead in Tests and T20s,” Shakib said on August 30. “But the team is not in a good shape, so I understand that I have to lead to get it back on track. Otherwise, I am not really interested in leading in any format. I can focus on myself if I am not captaining, which would help the team.

“I want to see the younger lot to take responsibility. We [Mushfiqur Rahim and he, in the main] got captaincy at a very young age, but they (the next bunch) have now turned 26-27. Unless you give them responsibility, you won’t know what they can do. The World Test Championship and T20 World Cup are up ahead, so we should plan for the next four years.”

While it is important to usher in the youngsters, there is a general view within the decision-makers in the BCB that the likes of Mustafizur Rahman, Mehidy Hasan, Soumya Sarkar and Liton Das are not prepared to lead Bangladesh in any format yet. Among the seniors, Mashrafe Mortaza is still the ODI captain while Mahmudullah has led a few times in Shakib’s absence in Tests and T20Is since last year. Tamim Iqbal led in Sri Lanka in the absence of Shakib and Mashrafe but it is well known that the BCB doesn’t prefer him in the long term, while Mushfiqur has had his long stint as captain in all formats.

Shakib, however, accepted that he would have to shoulder the major blame for Bangladesh’s disintegration on the fifth evening of the Chattogram Test. It was his needless cut shot, which he edged to wicketkeeper Afsar Zazai off Zahir Khan, off the first ball of the third session that gave Afghanistan their big breakthrough.

“I am really disappointed,” Shakib said. “We had four wickets in hand to bat out an hour and ten minutes. My first-ball dismissal made it difficult for the team. The responsibility lies with me. I think it would have been better had I not played that cut shot. It put the team under pressure. I should have taken up the job to spend more time at the crease, which would have made the dressing room more comfortable. Maybe we could have taken it close to a draw.”

Shakib also said that some of the players displayed a real lack of game awareness, especially Mehidy and Soumya who made crucial mistakes on the fifth evening. “The result shows we didn’t have the ability [to last 70 minutes]. Taijul [islam] had inside-edged the ball to his pad, but since [Mehidy Hasan] Miraz had taken the review, he couldn’t use it. Even someone who has played cricket for one day would know that this was plumb out. If he hadn’t taken the review, Taijul could have used it. He defended well in the first innings.

“When you see Soumya react like that after taking that run [to give No. 11 strike early in the over], you know that he isn’t sure of his role. There’s a lot to learn but I don’t know how long it will take them to learn,” Shakib said in his fourth press conference in the last six days.