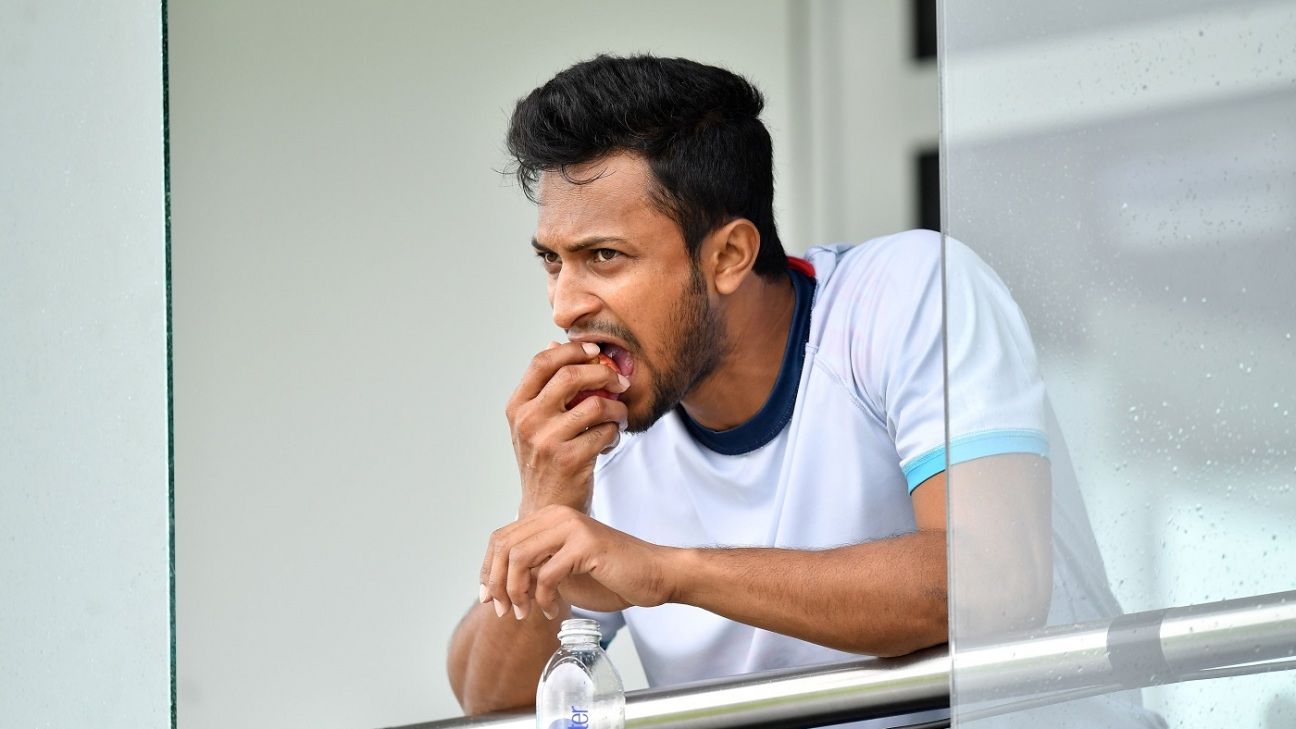 Shakib Al Hasan is being investigated by the ICC for not reporting approaches by bookies. It is believed, though, that the ICC has so far not pressed any charges against Shakib, Bangladesh’s Test and T20I captain.

As reported yesterday, Shakib has missed most of the training sessions in the past few days and the Bangladesh Cricket Board has not officially explained his absence.

Neither the ICC nor its anti-corruption unit (ACU) has made any comment yet; their practice is to refrain from speaking about ongoing investigations until a charge is pressed. As per protocol, once the investigations are over, the ACU sends its final report to the ICC’s senior-most legal counsel, who makes the final decision on whether to go ahead with pressing the charge/s or not. The person being charged then has to decide whether to admit to his guilt or to contest the charge/s. If he does accept it, a sanction is agreed upon before the news is made public.

If the player decides to contest the charge, an independent tribunal is set up to adjudicate. There have been cases where tribunals have been set up but the person being charged has opted to not contest. The best example of that was former Sri Lanka captain Sanath Jayasuriya, who was charged by the ACU and a tribunal was set up when he said he would contest the charge. But Jayasuriya decided to admit he had committed an offence under the ACU code and was sanctioned accordingly.

The Shakib development comes at a time of huge upheaval in the BCB. Only a week ago, Shakib had led a players’ strike in Bangladesh, which came to an end last Wednesday after the BCB ceded to all the demands.

The BCB has also gone up against Shakib after he signed a sponsorship deal with Grameenphone, which board chief Nazmul Hassan has turned “unlawful”.

Shakib, 32, is Bangladesh’s leading current cricketer and among their all-time greats. He is currently at No. 3, No. 1 and No. 2 in the ICC allrounders’ rankings for Tests, ODIs and T20Is respectively, and is also a valuable member of the various T20 franchises he is part of across the world.