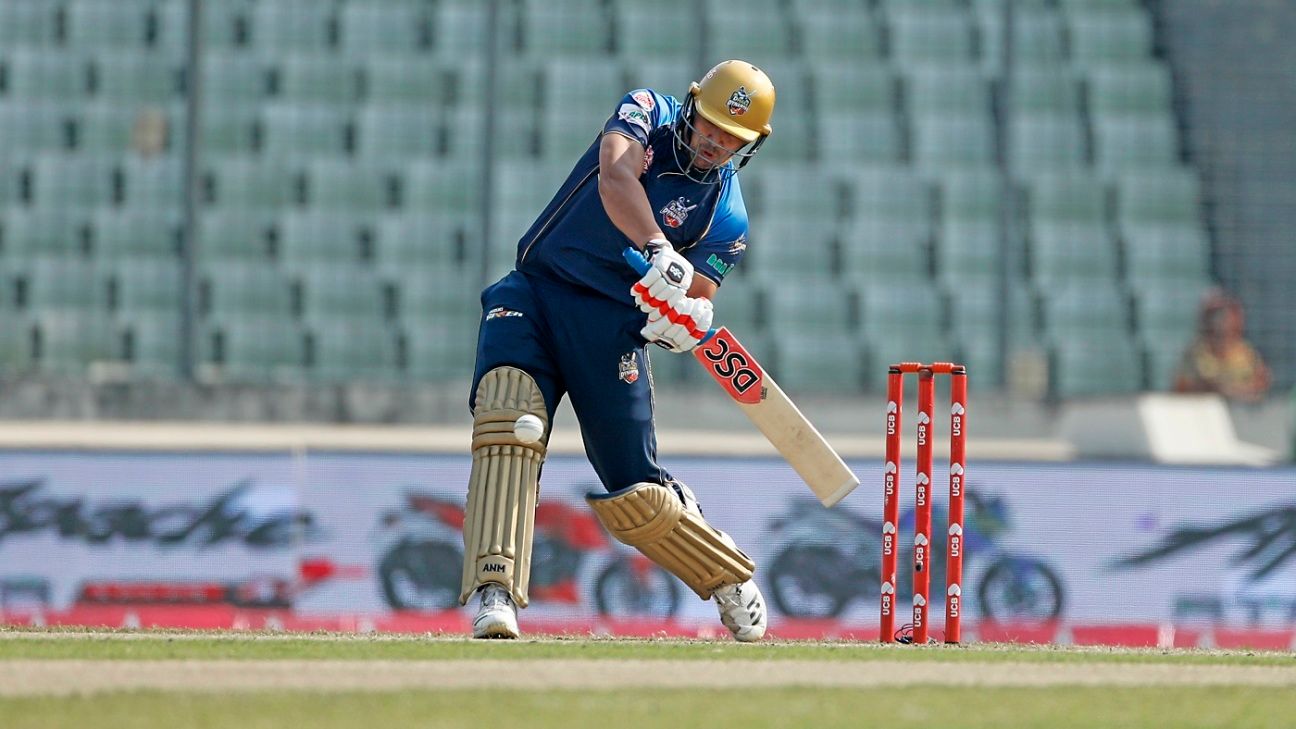 Hazratullah Zazai‘s second fifty in as many games blew away Khulna Titans as Dhaka Dynamites romped to a 105-run win in Mirpur. Zazai struck five sixes and three fours in his 36-ball 57 as Dynamites reached 192 for 6 batting first. Khulna were woeful in the chase, slumping to 87 all out in 13 overs, with their No. 11 batsman Ali Khan, who pulled his hamstring while attempting a catch, absent hurt.

Zazai became the first batsman in the tournament to make a half-century batting first in a day game. Paul Stirling removed Zazai and Shakib Al Hasan in the 12th over, but Kieron Pollard and Andre Russell did not let it slip from there, as the pair put on 55 runs for the fifth wicket in the next 5.3 overs.

In the chase, Titans were reduced to 35 for 3 in 4.1 overs by Sunil Narine and Shakib. It all went down for the visitors after their captain Mahmudullah was dismissed in the eight over – they lost last four wickets in the space of nine balls.

Zazai, who struck seven sixes in his 41-ball 78 against Rajshahi Kings in the first game, struck four out of his five sixes down the ground this time. He went after left-arm paceman Shoriful Islam, blasting him for four sixes, and the fifth was a flat-batted hit over midwicket off Mahmudullah.

David Wiese dropped Zazai on 12 despite diving forward at mid-on in the second over.

It is Dynamites’ second win in as many games, while the Titans have lost both their matches.