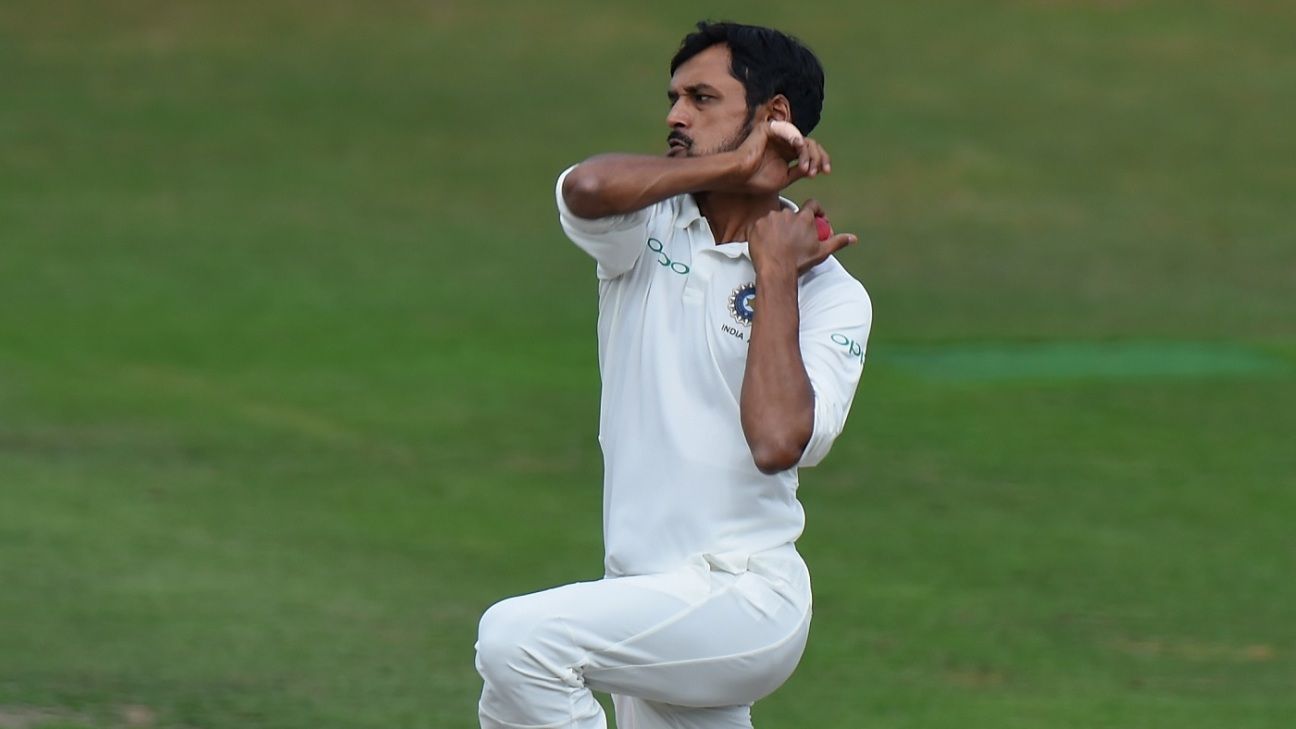 Left-arm spinner Shahbaz Nadeem has been added to India’s squad on the eve of the third Test against South Africa in Ranchi, with Kuldeep Yadav having complained of shoulder pain on Friday.

Nadeem has been a consistent performer in domestic cricket for several years, and has the distinction of having taken more than 50 wickets in a Ranji season in consecutive seasons, in 2015-16 and 2016-17. He has been a regular part of India A squads, and had good returns in each of his last three series in the longer format, all with India A. He took seven wickets in two matches against England Lions in February, at an average of 24.57. When India A travelled to West Indies in July-August, he played in two of the three first-class fixtures, taking 15 wickets at an average of 16. He did well against South Africa A at home too last month, with eight wickets in two matches at 16.75.

He has also done well in other formats, and notably holds the world record for the best-ever List A figures, which he achieved last year.

Nadeem had just returned home to Kolkata, where he resides, after having played for Jharkhand in the Vijay Hazare Trophy 2019-20, when he received news of his call up. Jharkhand were part of Group A in the tournament, but didn’t qualify for the knockouts.

Nadeem received his maiden India call-up for the T20I squad during West Indies’ tour of the subcontinent last year but did not feature in any game. Incidentally, the JSCA Stadium in Ranchi is Nadeem’s home ground.

His call-up provides India with an option in case they need to use the new concussion substitute rule for a spinner. While R Ashwin and Ravindra Jadeja have been India’s first-choice spinners in the first two Tests, the addition of Nadeem gives the team an option in case one of them needs a back-up midway through the Test, which India might not have had otherwise considering Kuldeep’s injury.