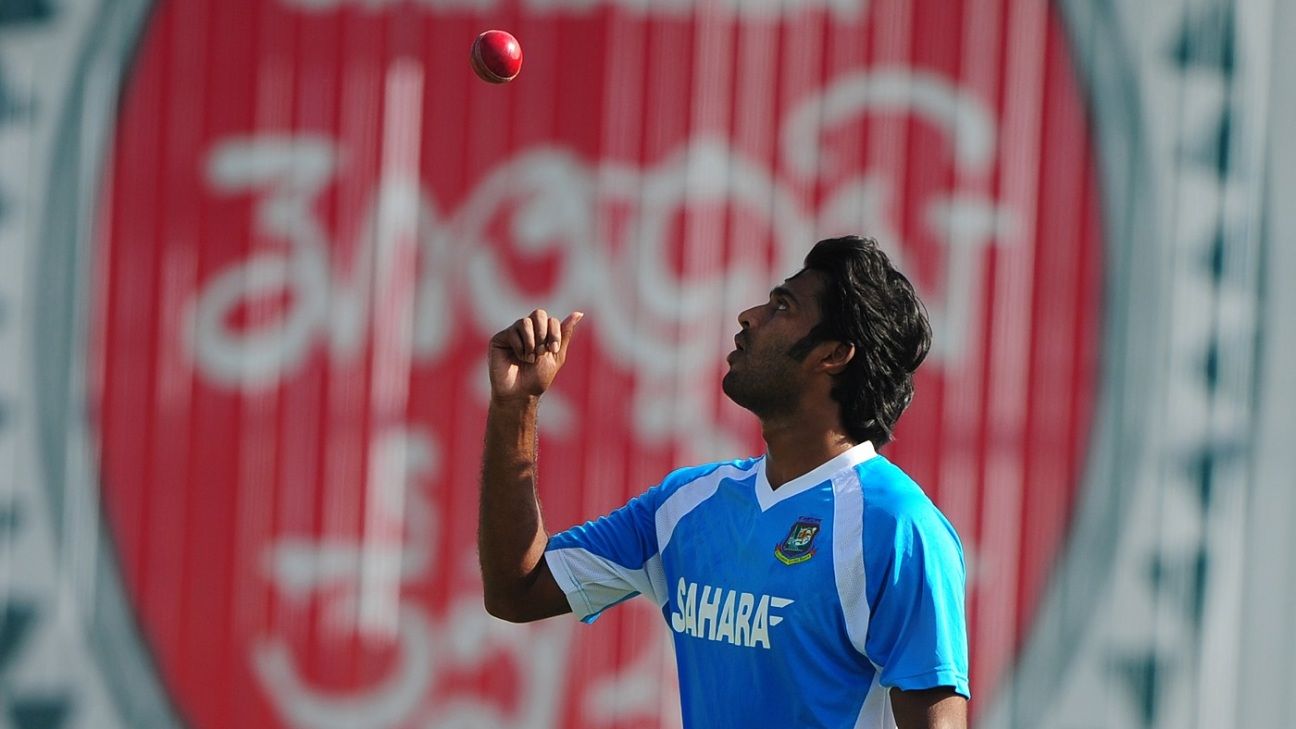 Shahadat Hossain, the Bangladeshi fast bowler, has been banned for five years, with two years suspended, following an incident during a National Cricket League (NCL) game in Khulna when he physically assaulted team-mate Arafat Sunny Jr on the field.

The 33-year-old Dhaka Division player was withdrawn from the game against Khulna Division after allegedly hitting Sunny, apparently following an argument about shining the ball – Sunny refused to shine the ball for the paceman. Those who saw the incident said it needed the Dhaka players’ intervention to restrain Hossain.

The NCL’s technical committee made the decision on Tuesday afternoon, leaving Shahadat with a chance to appeal against the penalty by November 26.

“We have banned Shahadat Hossain for five years with two years of suspended sentence,” Minhajul Abedin, the chief selector who is part of the NCL’s committee, said after their meeting in Dhaka. “He can appeal by November 26. He has been reported with a Level 4 offence, based upon which the technical committee took the decision.

“What he did was very unfortunate. These incidents keep happening. BCB has a zero-tolerance policy for these things. No player will be spared. We have considered his previous history before taking this decision. It should serve as an example for all cricketers.”

Meanwhile, according to local newspaper reports, Dhaka pacer Mohammad Shahid could also be punished, after it emerged that he had been mentioned in the match officials’ report for starting the scrap with Sunny. Shahid has reportedly admitted to his guilt.

Hossain, who turned out in 38 Tests, 51 ODIs and six T20Is between 2005 and 2015, hasn’t been a part of the national frame since he was arrested in 2015 for beating up his domestic help, which led to a temporary suspension.