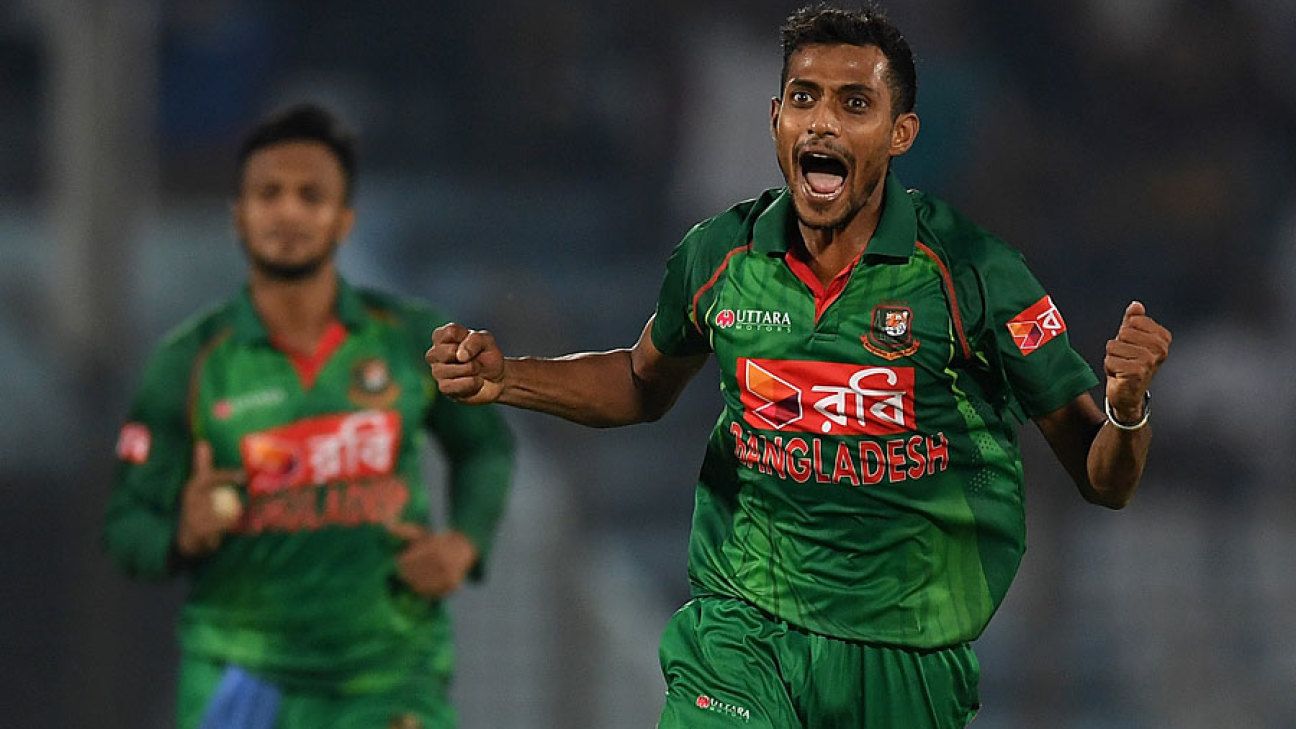 Shafiul Islam and uncapped fast bowler Ebadot Hossain have replaced the injured Taskin Ahmed in the Bangladesh ODI and Test squad respectively, for the upcoming New Zealand tour. Taskin suffered lateral ligament damage to his left knee during a BPL match last week, and has been ruled out for at least six weeks.

Shafiul has not played an ODI since October 2016, and in two Tests and a T20 in the intervening period, he has taken only two wickets. In the ongoing BPL, he has taken 15 wickets at an average of 22.20, which has prompted his selection. Shafiul, 29, has always been the national selectors’ go-to man for a long time, but never quite settled in the side.

Ebadot’s inclusion in the Test squad is not a surprise given he was the highest wicket-taker among the pace bowlers in the Bangladesh Cricket League first-class competition earlier in the 2018-19 season. A late-bloomer who only came into reckoning through a pace-bowling hunt in 2016, Ebadot has already impressed bowling coaches such as Aaqib Javed and Courtney Walsh.

The Bangladesh ODI squad will leave Dhaka in batches over the coming days, depending on the cricketers’ appearances in the BPL. The Test players will leave later, as the two-day practice match in Lincoln is will be played on February 24-25. The ODi series will start from February 13, while the Test series begins on February 28.