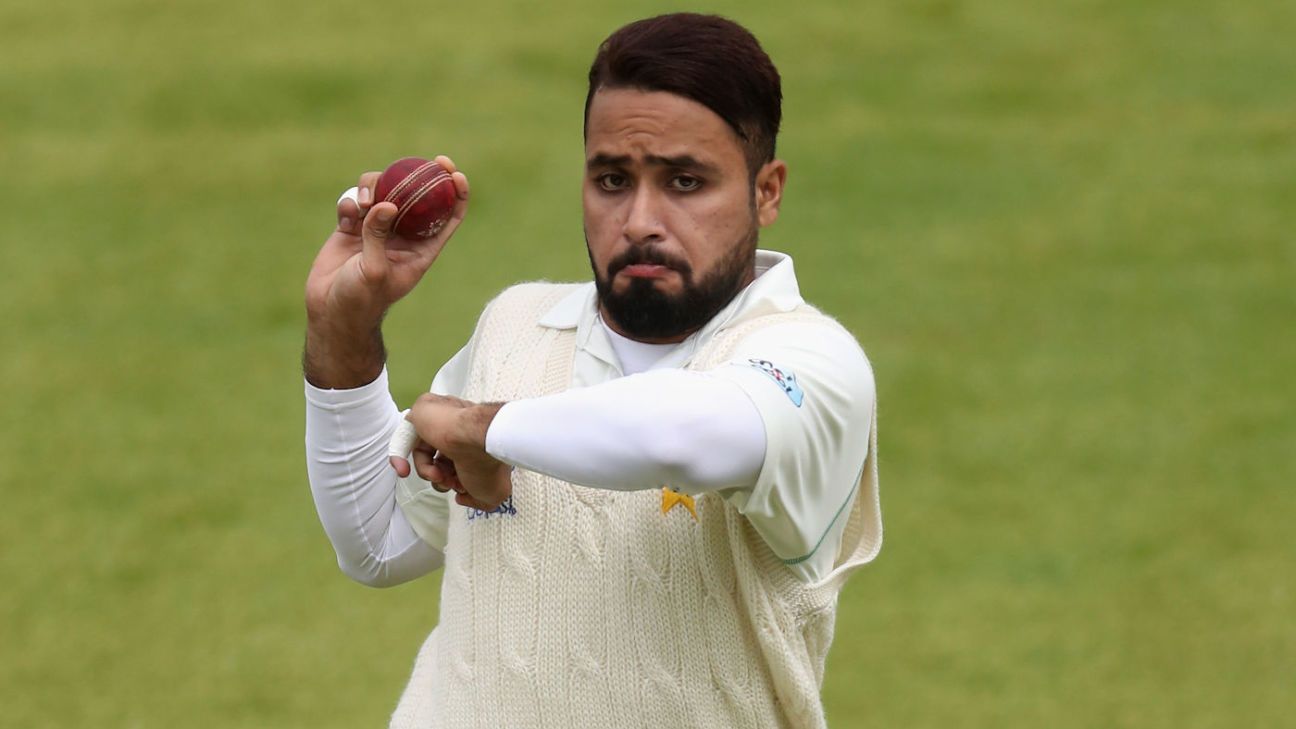 In the wake of close inspection of Pakistan’s strategy to go into the first two Test matches against South Africa without a fifth-bowling option, head coach Mickey Arthur said the injury to Shadab Khan had prevented the visitors from deploying that strategy.

After Pakistan lost the second Test in Cape Town and conceded the series to South Africa, captain Sarfraz Ahmed was excoriating in his criticism of the bowlers, saying their failure to maintain speeds higher than 130 meant “we were not going to take 20 wickets.” It was seen as further validation for the strategy Pakistan spurned: playing five genuine bowling options, with Faheem Ashraf occupying the allrounder role.

ALSO READ: Pakistan bowling ‘not up to the mark,’ laments Sarfraz Ahmed

Talking to ESPNcricinfo, Arthur conceded fatigue had played a part in the reduction of the bowlers’ speeds, but maintained Faheem wasn’t yet a strong enough batsman to occupy the No. 7 spot.

“I am a big fan of the five-bowler strategy,” Arthur said. “It gives us the added option of providing our frontline seamers with a rest while still maintaining control of the innings. But to do that, we need a fully fit Shadab Khan, who is a genuine allrounder. With Faheem batting at seven, we feared the tail would be just a bit too long.

“Make no mistake, I’m a huge admirer of Faheem Ashraf, and I said so in England. I am confident he will develop into a proper allrounder for Pakistan, but there is a process of natural evolution that needs to take place. In what are very challenging conditions, we need runs on the board, and we weren’t confident that if we played Faheem at 7, followed by four bowlers, we were giving ourselves the best chance of making enough runs.”

It has been a dilemma for Pakistan across the tour. Four bowlers would invariably result in the reduced speeds and effectiveness of the attack should South Africa bat long, as they did on day two in Cape Town. Pakistan were eventually reduced to giving the ball to Shan Masood and Asad Shafiq at different stages of the second Test. South Africa took advantage of their part-time bowling to push further into a lead after Pakistan had folded for 177.

But with runs already at a premium for Pakistan, Arthur conceded he had “cold feet” about the prospect of depleting the batting stocks further, and said the conditions in South Africa provided a unique challenge.

“In England, we did play Faheem Ashraf, but the situation there is different. Over there, we could have the two spinners, Yasir Shah and Shadab Khan, bowling long spells, which provided the rest our fast bowlers needed. Here in South Africa, we can’t go into a game with two spinners, which makes Shadab, a spinner but also a genuine allrounder, so valuable. The bowlers will of course be fatigued if there’s no fifth option.”

Arthur would not be drawn into his thoughts on Sarfraz’s criticism of the fast bowlers, although he acknowledged Shaheen Afridi had tired through the match, having played back-to-back Tests for the first time.

“Shaheen was a bit fatigued on the back of the first Test, which is normal; he’s still only 18,” Arthur said. “It could have gone either way with Hasan Ali or him. But he had bowled well in Centurion and we wanted to keep the momentum going here in Cape Town.”

Arthur’s comments suggested Shadab, who will be fit for the third Test, could play at the Wanderers. Such a move would allow the side to slot in Ashraf at No. 8, preventing the tail from becoming as elongated as the coach had feared. Where that would leave Yasir Shah is still uncertain, but Arthur made clear the esteem he held Pakistan’s premier spinner in.

“In Yasir, we have a genuinely world-class bowler, and a real match-winner,” he said. “I said it before and I’ll say it again, if we had taken these two matches into the fourth and fifth days, Yasir would have become a huge factor. I’m confident of that. For now, the problem for us is getting there, and we have got to look at ways of doing that.”

With much of the criticism levelled at the selection of Fakhar Zaman, who had looked the least comfortable in the top six across both matches, Arthur said he was pushed down the order in the second innings in Cape Town in a bid to get a good start, with Shan Masood in fine form.

Arthur also revealed he had been massively encouraged by Pakistan’s display in the second innings, where fifties from Asad Shafiq and Babar Azam took the side to 294, and made South Africa bat again.

“Fakhar struggled with the short ball here, as we feared since he’s played none of his cricket on these surfaces,” Arthur said. “But he earned his chance to be in the side with what he did on debut and how he had performed recently.

“I also must stress, the team environment is absolutely fine. The way the guys batted on the third day is testament to that. The old Pakistan would have come out and been rolled over for 170-something again, and that would have been that on the third day. But we played to the end, and I draw great encouragement from that.”