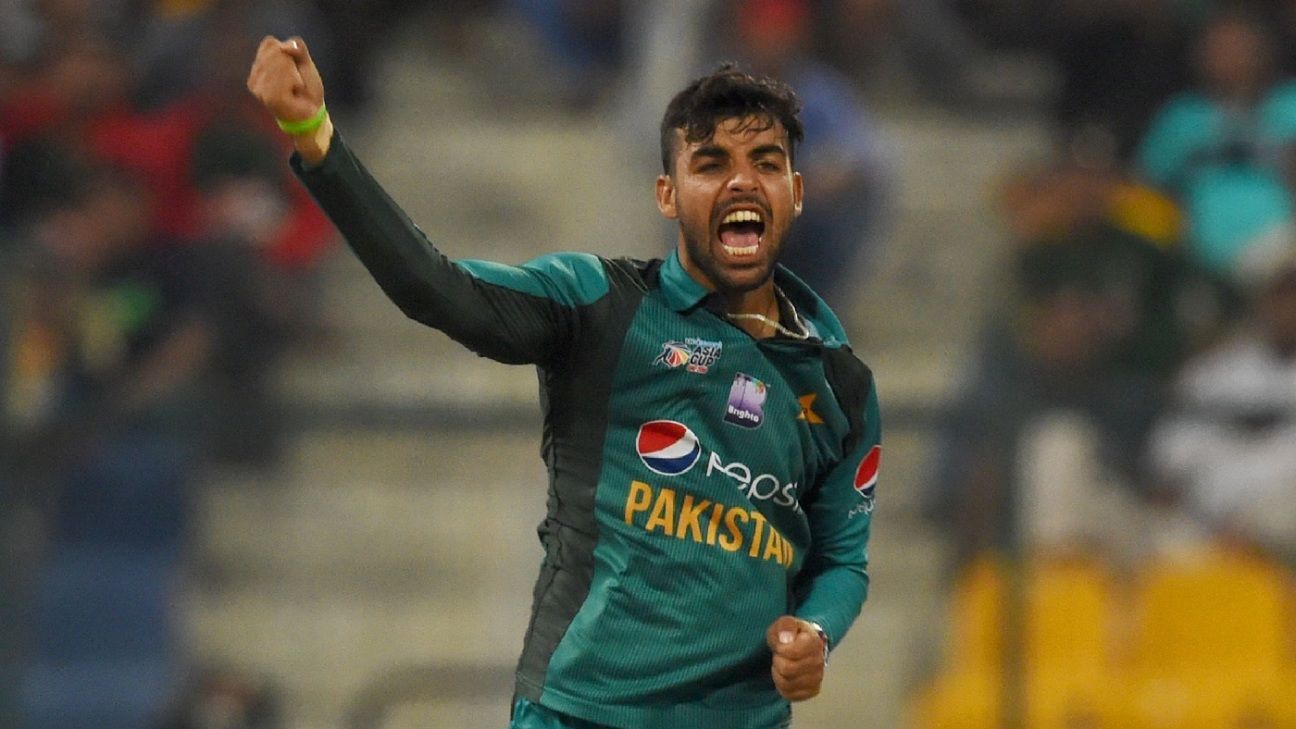 It’s dangerous to read too much into one warm-up match against modest opposition, but the early signs are that Pakistan’s attack will provide a much sterner test for Australia than they have faced from Sri Lanka.

An experienced bowling unit put in a solid display at Bankstown Oval to restrict the Cricket Australia XI to 6 for 134. Mohammad Irfan struck with the first ball of the tour, a searing yorker to remove Ryan Gibson, and Shadab Khan picked up 3 for 30.

Pakistan’s openers, new captain Babar Azam and Fakhar Zaman, then added 78 for the first wicket as the target was knocked off with ease.

Pakistan left out their two young quicks in Mohammad Musa and Mohammad Hasnain, alongside uncapped legspinner Usman Qadir, in favour of giving all their experienced bowlers a run before the opening T20I in Sydney on Sunday.

Irfan, who has not played a T20I for three-and-a-half years, started in fine style as he left just one stumping standing when Gibson got nowhere near the first ball of the match – much to the delight to a healthy gathering of Pakistan supporters.

After just two runs came from the first two overs Chris Lynn, the CA XI captain, responded with an onslaught as he crunched four fours and a six before being cleaned up by Wahab Riaz as the CA XI finished the powerplay on 2 for 40.

When Imad Wasim trapped Jake Fraser-McGurk lbw, it was 3 for 42 and the innings was threatening to unravel, but the CA XI managed to string together some small partnerships without every breaking loose.

Shadab, who claimed Alex Ross via a top edge, added two further scalps in his final over to suggest that Qadir will be warming the bench at least at the start of the T20I series.

Pakistan’s top three all looked in decent touch, taking advantage of some enticing boundaries, with Harris Sohail striking three sixes in his 32 from 22 balls before being bowled with four runs needed as Ben Dwarshuis struck twice in three balls as he also had Asif Ali caught behind.

The CA XI legspinners, Daniel Fallins and Lloyd Pope, managed a wicket apiece with ending with an encouraging 1 for 25 from his four overs having found enough turn to cause some problems.