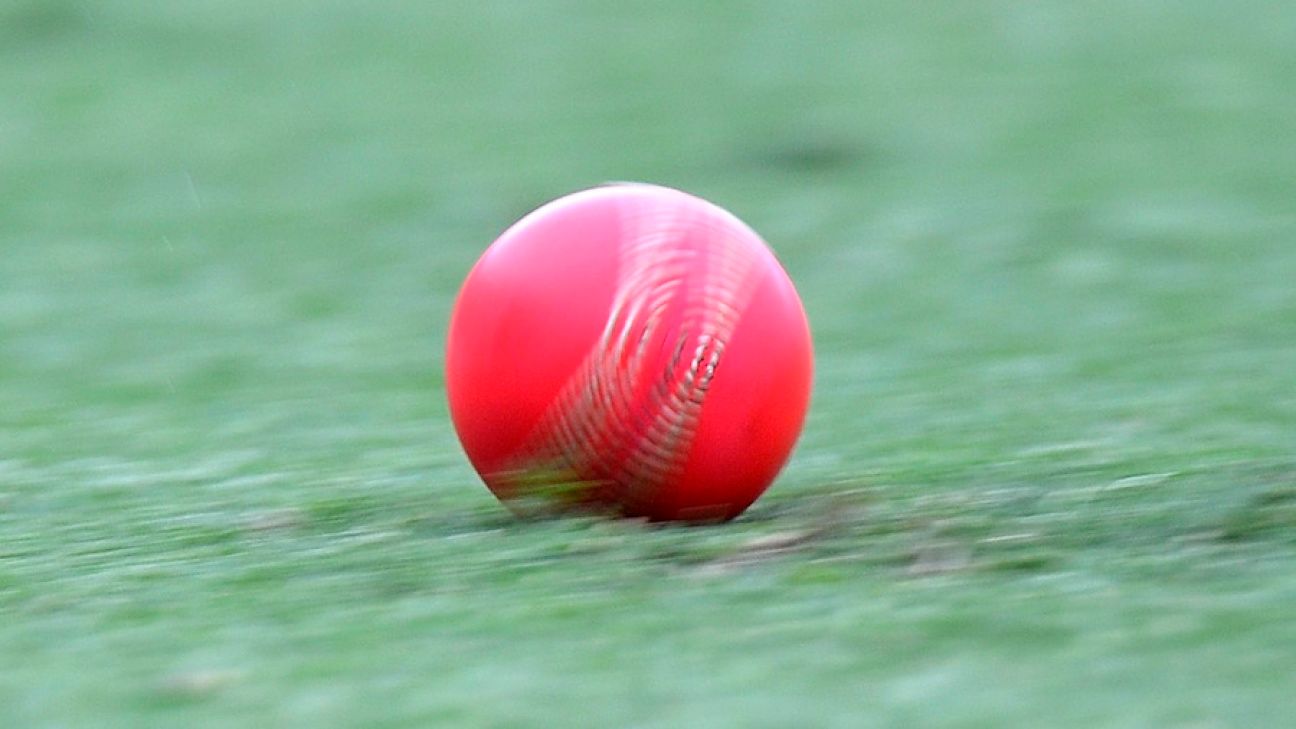 The SG pink ball is set to debut when India and Bangladesh play their maiden day-night Test at Eden Gardens in November. Immediately after the Bangladesh Cricket Board (BCB) had accepted the BCCI’s request on Tuesday to play the second Test of the Bangladesh series under lights, BCCI president Sourav Ganguly said that the SG pink ball would be used for the match, as the first Test of the series would be played with the SG red ball, in Indore.

“Hopefully SG because the first match will be with SG so the second Test will also have to be with SG,” Ganguly told PTI on Tuesday.

Although majority of players from both India and Bangladesh have not played with the pink ball, both boards have said the Eden Test was a positive development, with Ganguly calling it the beginning of “something special” and a “huge step forward” for Indian cricket.

Despite using the SG red ball in first-class cricket, the BCCI stuck to Kookaburra when it came to pink-ball cricket in the domestic circuit in the last few years. The first experiment with the pink ball was tried out by Cricket Association of Bengal (CAB) when Ganguly was the president. In 2016 the Duleep Trophy was played with Kookaburra pink ball.

Asked why the BCCI did not want to use the Kookaburra pink ball for the Test, Ganguly said two different makes in one series was not permitted. “No, it can’t be because the series has to be played with same ball. It can’t be two different balls in the same series.”

ESPNcricinfo understands the BCCI has placed an order for the pink balls with SG to be sent over by November 6, with the Test set to begin on November 22. About six dozen balls will be supplied by SG to BCCI considering both India and Bangladesh would want to start training with the ball.

Paras Anand, marketing director at SG confirmed the BCCI order. “We have to send the balls by November 6,” Anand told ESPNcricinfo. “They asked us if we were prepared to supply the pink balls on time. And whether we could get the pink ball as close to the red ball used in Test matches in India.”

Anand admitted about being anxious, but he remained confident about the SG pink ball withstanding the weather and ground conditions having tested it in-house extensively. “We have been working on the pink ball for almost three years now. And we have tested the ball for the longer format, if it can last 80 overs,” he said. “The ball has been put under a tremendous amount of stress and the results have been pretty good. We tried to simulate the match conditions to check on the colour, the shape, the seam, the core of the ball.”

Most of the Indian domestic players had given a thumbs down to the Kookaburra pink, which they said mostly favoured batsmen as the seam softened quickly, with fast bowlers barely managing to impart swing – conventional or reverse.

Even the SG ball drew flak last year during the home series against West Indies, when India captain Virat Kohli said the red ball gets scuffed up too early, barely after five overs. However, Anand said SG has since worked extensively on the ball having received first-hand feedback from Indian players.

Anand and his team met the likes of R Ashwin, Ravindra Jadeja, Ishant Sharma, Umesh Yadav, Bhuvneshwar Kumar and Cheteshwar Pujara to understand the challenges they faced with the ball. “In the last 12 months we have really worked hard on the seam of the ball. The players told us how the SG seam was a lot more prominent in the past. So our focus again for the pink ball has been on the seam. We are trying to ensure the seam is good enough even if it is, say, 75 overs old both spinners and seamers can grip.”

One reason why Anand is confident the pink ball will swing is because the seam on the SG red ball in India’s home series against South Africa remained firm, aiding the fast bowlers, especially Mohammed Shami and Umesh Yadav. “You saw how good they were. It had to do with both seam of the ball being good and how good they were at preparing at the ball. We are confident they will be able to extract more swing from SG pink.”

The biggest challenge for the ball manufacturers in Indian conditions is the lacquer on the pink ball which is lost swiftly. Jaydev Unadkat, the Saurashtra and India fast bowler, who has played in the Duleep Trophy under lights for two years, said the pink Kookaburra ball lost its sheen quickly and the ball became greyish.

Anand conceded that, in fact, was the challenge, but said the key for the ball to retain its polish is to have favourable ground conditions. By that, he meant a good grass cover – not just the pitch, but the outfield, too. “The processes have changed drastically. Previously the ball would get dark quickly. But now we are confident that the ball will keep its shine for a long time. But we need support from the ground conditions. If the conditions are good the top surface of the ball – the area which has the lacquer – will not be damaged.”

Anand said that he would be present at Eden Gardens for the Test and will keep his fingers crossed over the dew factor, which he said remained the biggest challenge for a ball regardless of its colour. Although the match timings for the day-night Test in Kolkata are yet to be announced, it is likely the BCCI will advance it by at least an hour. Generally day-night matches have started in India at 1.30pm, but to counter the dew, the match might start earlier.

Ganguly was confident the dew would be dealt with, while Anand was hopeful it would have the least impact. “We will make sure there’s no dew. After all, day-night one-dayers are played here. There’s this dew treatment spray and all. Nothing will happen,” Ganguly told PTI.

“The colour, the seam, the hardness of the ball as compared to the red ball is pretty much manageable,” Anand said. “It is just the dew because it will have an impact on the (pink ball’s) performance.”