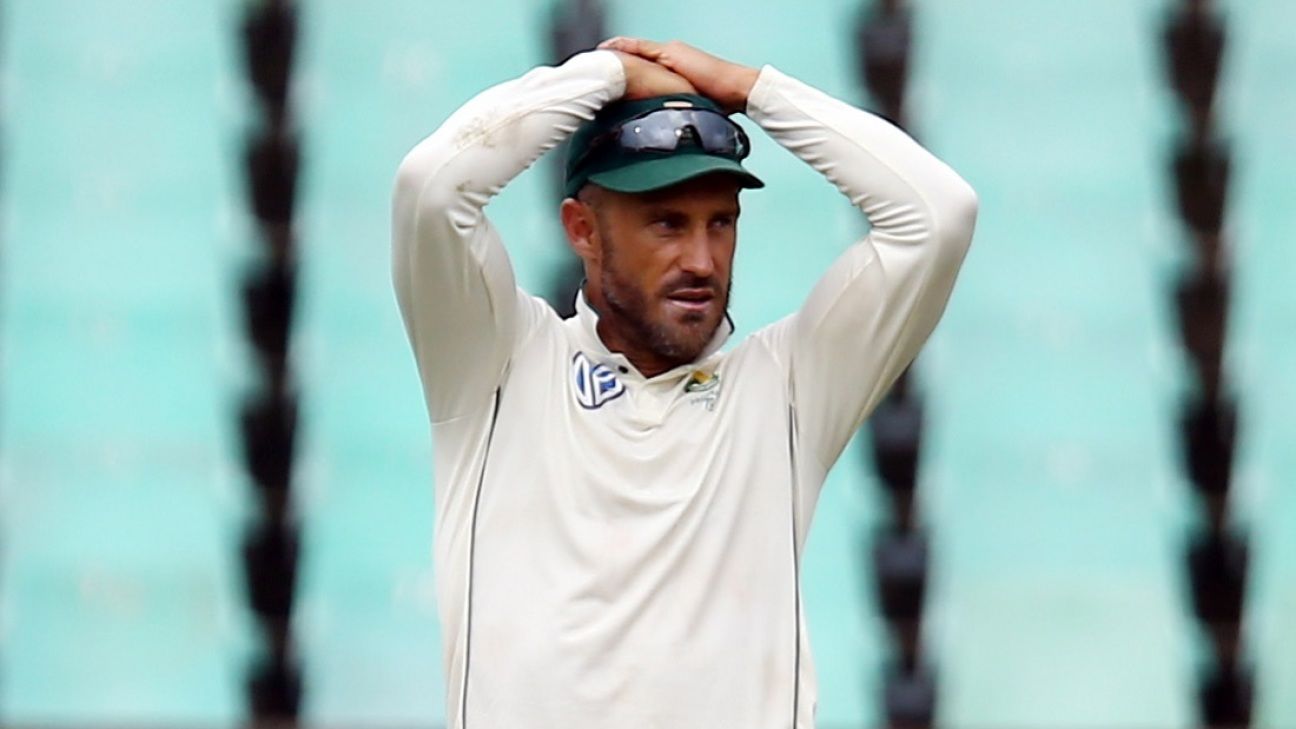 India knocked over. Pakistan brushed aside. What were the odds of Sri Lanka suffering the same fate? Very high. The fact that they’d been soundly thrashed in New Zealand and Australia leading into the tour made it that much more probable. However, South Africa failed to turn up, and their batting crumbled in four successive innings. This was a huge regret for Faf du Plessis, for whom the series loss – South Africa’s first against a subcontinent side at home – was a bitter pill to swallow.

That they lost to a side missing their designated captain Dinesh Chandimal – left out to regain form in domestic cricket – two injured frontline fast bowlers and arguably their best Test batsman, Angelo Mathews, made the series loss all the more damming from South Africa’s point of view. Du Plessis called it a “massive dent” to South Africa’s confidence at the start of a “big five months of cricket ahead of us.”

“Massive dent,” he said. “I thought up until this Test series we were looking good and playing well at home, but the last two Test matches, I wish I can give you an answer but we prepared the way we do and we didn’t take them for granted. Maybe, mentally the boys were off the boil at the end of a long season, but that’s not an excuse once again. It’s probably up there with the most disappointing series loss, certainly from my own personal point of view and also from a team perspective.”

The second Test lasted just under seven sessions, with as many as 31 wickets falling on the first two days. For du Plessis, it wasn’t a case of the chickens coming home to roost on tough pitches. Instead, he asked his team to look inwards with “fingers pointing back at ourselves.

“I would see that as an excuse if anyone in the team used that,” he said. “Certainly, that’s not the language I’ve heard in the dressing room. Whatever happened in the past has absolutely no bearing on the Test match you are playing. Everywhere you go as a batter, you need to adapt your mindset and score runs on whatever you see in front of you on the day. So, for me that’s an absolute no-no.

“This was a very good pitch and I think both teams throughout this series have batted poorly. Today was the first time two guys put a partnership together and made it look easy. When I was batting in both innings, I felt it was a really good batting pitch and like I said both teams did not put on the runs like they should have. I can’t tell you why – 30 wickets fell in two days on a wicket where you should be scoring a lot more runs. Mentally, we were a bit soft in giving our wickets away and cricket is about fighting it out and grinding it out.

“Bowlers have to earn your wicket and for most of the series all of our batters gave away their wickets pretty easily. There are no fingers to be pointed at the wicket. They bowled well but the biggest disappointment lies with the team – the batting line-up and we have got some really good batters there. Probably 99 percent of our dismissals were soft, judgement errors and that’s the only finger pointing backward at ourselves.”

The loss aside, du Plessis didn’t think this was the time to take drastic steps despite no South Africa batsman managing a century in four innings. Hashim Amla, their most experienced batsman, managed scores of 3,16, 0 and 32. In Durban, Quinton de Kock aside, only du Plessis managed a half-century. In Port Elizabeth, South Africa lasted a combined 105.5 overs across both innings.

“It’s difficult to say. You’re talking about a top order that is experienced. You are talking about guys like Dean Elgar and Hashim Amla – taking about them to be replaced is a big call,” he said. “They’ve done well for a very long time. One series doesn’t make you a bad player. If it happens over two or three or four series, then of course. Every player in the team needs to perform. If you play for a long time, you’re allowed to have a bad series.

“But if it happens over a period of time of course you take a look. I can also tell you that it’s not easy to walk in from domestic cricket and start performing. [Theunis] de Bruyn and [Zubayr] Hamza are the other guys waiting – if you take their records it’s not better than Dean Elgar or Hashim Amla or myself. It’s Test cricket and it’s supposed to be harder. But our top order did not score as many runs against an attack we should have.”