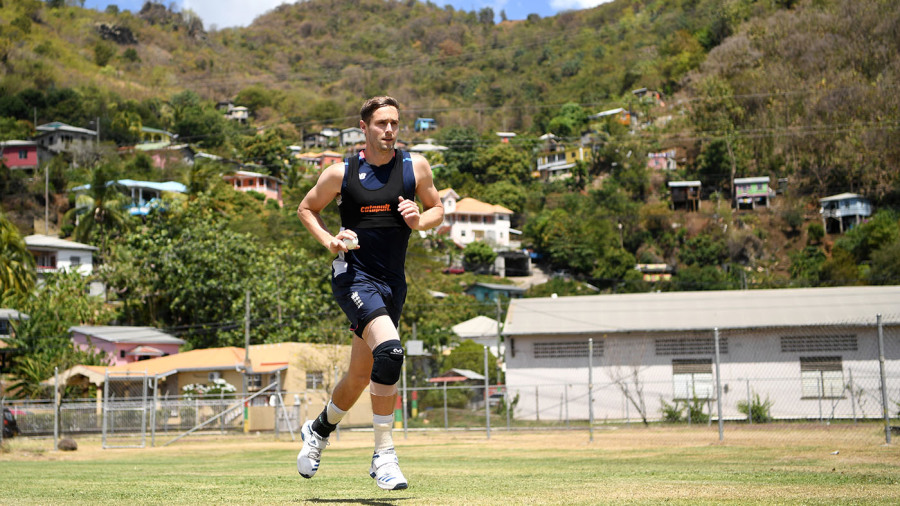 So, let’s try that one again, shall we? Monday’s wash-out in St George’s was a particularly frustrating affair – a reasonably prompt toss had hinted at a routine contest, only for the relentless drizzle to keep nibbling away at any imminent prospect of a start. And so, 48 hours later, the teams will reconvene in Grenada with the series still very much in the balance, and a decider guaranteed in St Lucia on Saturday.

It’s been a fascinating pair of contests so far. England laid down a stunning marker in their opening run-chase in Barbados, galloping past a hefty target of 361 with eight balls to spare, to reaffirm the sense that, on their day, there is no team in the world who can match their depth and belligerence with the bat.

But then, in the Bridgetown rematch – on a slightly less amenable pitch – a familiar frailty wormed its way to the surface, as England’s batting malfunctioned in spectacular fashion in pursuit of a less formidable target of 290. It had all been going swimmingly while Ben Stokes and Jos Buttler had been in harness, but once Jason Holder had extracted them both in the space of four balls, the rest of the line-up had no answer to the military discipline of Sheldon Cottrell, whose maiden five-wicket haul was a stunning way to mark his first outing of the series.

Stokes had not been scheduled to take part in Monday’s contest, after apparently rolling his ankle while practising boundary catches on the eve of the match – and while he will no doubt have benefitted from two days of extra rest, it remains to be seen if England feel it worth risking him further so early in such a crucial year, especially with him due to sit out next week’s T20 leg of the tour.

It’s a tough balance for England to strike at the moment. Their short-term needs pale compared to their long-term World Cup ambitions – and yet, if England fail to close out this series, they will not only compound their failings in the Test series, they will also slip below India in the ICC ODI world rankings.

As for West Indies, they have the look of a squad on the rise. Jason Holder’s series-levelling catch in Barbados was greeted with similar levels of glee – on the field and in the stands – as had been witnessed on the same ground in their Test trouncing last month, and with Andre Russell’s impending comeback following those of Darren Bravo and Chris Gayle earlier in the tour, there’s a sense that they are getting the band back together just in time for the main event, as both England and West Indies’ coaches acknowledged earlier this week.

In short, there’s masses to play for if the weather plays ball. It’s been a long tour already for England’s cricketers, but it has rarely been less than gripping viewing. And this contest promises to be a particularly big deal for Grenada, which has not hosted an international fixture since England’s last visit in 2015. A mini-carnival greeted the teams’ arrival in the island, so there was massive disappointment after the wash-out.

Alex Hales had been slated to make an appearance at No.5 on Monday, as a direct batting replacement for the injured Stokes. But it is at the top of the order where he has made his most telling contributions for England – including, lest we forget, a national record 171 against Pakistan at Trent Bridge in 2016 (recently superseded by Jason Roy) and a starring role in England’s world record 481 for 6 against Australia. And seeing as he has spent most of his career in a three-way tango for two opening berths, alongside Roy and Jonny Bairstow, one wonders if another twist at the top could be on the cards? For a man who loves to prove a point, Bairstow has had a noticeably lean trot in ODIs of late, with no half-centuries in his past nine contests dating back to June last year, and a first-baller at the hands of Cottrell last time out. Continuity is something that England value, but pressure for places keeps everyone on their toes.

There’s no looking past West Indies’ man of the moment. Sheldon Cottrell‘s exuberant, irrepressible arrival in Barbados transformed his side’s outlook with the ball, only days after they had been rendered impotent by Jason Roy and Joe Root in particular in the first match. His left-arm line made an instant impact with the early scalps of both England openers, while there was an inevitability to his later interventions as he surged to his five-wicket haul with enough of his trademark marching and saluting to cover an entire victory parade.

West Indies named an unchanged side for the first match of the Grenada double-header – and with very good reason – but it seems likely that there’ll be at least one tweak come Wednesday. Andre Russell has linked up with the squad after becoming the latest high-profile name to reach a détente with the board, and with the World Cup looming, it would be remiss not to reaffirm his mettle in the 50-over format. He has been nursing a knee injury that might have hampered his chances of playing a full role with the ball in particular, but he believes it has recovered sufficiently to play a full part. He is an obvious like-for-like replacement for out-of-form Carlos Brathwaite, whose one glorious night in Kolkata feels a little while ago now.

All eyes on Ben Stokes’ ankle. And Chris Woakes’ knee. And Jonny Bairstow’s form. And Mark Wood’s pace. And so on. England have roughly eight names inked into their World Cup starting XI already, but it’s all about ensuring they arrive at The Oval on May 30 in a peak combination of form, fitness and hunger. However, Eoin Morgan has long been an advocate for getting the best team on the field as often as possible, and with the series still undecided, there’s unlikely to be much experimenting just yet. One additional issue that may have implications further down the line is the fine that Eoin Morgan received for a slow over-rate in the Barbados defeat. He’ll need to pick up the team’s pace in future encounters to avoid an untimely suspension.

Inauspiciously, the teams were unable to train at the ground on Tuesday, with more damp weather forcing them indoors. The forecast is expected to improve for match day, but it does mean the pitch will have been sweating under the covers for two days if they manage to get a prompt start. It is expected to be a true surface, but the teams’ series-long preference for bowling first will probably be even more eagerly snapped up than usual. Especially with the boundaries pulled in a touch to combat the dampness around the fringes of the outfield.

“It’s been a very stable team and we’ve played a lot of cricket together now and have a good understanding of how to go about things, how each other plays, how we complement each other best. That does make things a lot easier.”
Joe Root on the continuity that underpins England’s success.