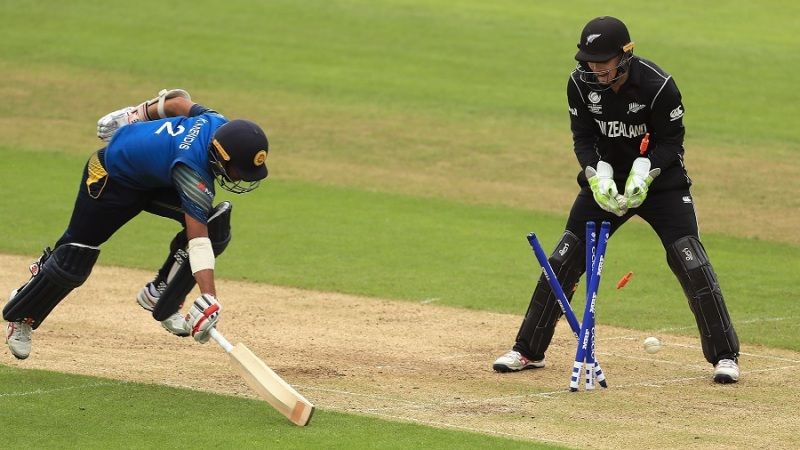 New Year, new beginnings, a fresh set of fortunes. That, at least, is what Sri Lanka are hoping, after two horrendous ODI years. Just imagine a house on fire, neighbourhood children throwing eggs at the front door, in the middle of an earthquake, while the residents stumble around drunk indoors, tripping over furniture and stabbing themselves with cutlery. That’s Sri Lanka in ODIs since the start of 2017. Imagine being stranded at sea, no land in sight, Great White sharks circling, and salt-water crocodiles tugging at your ankles. Thirty-three losses out of 44 completed ODIs, that is Sri Lanka over the past two years.

They hope their newest captain, Lasith Malinga, can turn things around. Malinga is without a doubt one of the cleverest limited-overs operators going, to the extent that there is arguably no better cricket brain in the set-up than his. But there are questions over his man-management skills: how will a relatively young group of players respond to his straight-shooting, take-no prisoners approach? Will he be too quick to point out flaws? Too harsh with the criticism? He has led Sri Lanka to a World T20 triumph in 2014, but that was a side studded with some of the game’s all-time greats. On this tour, he won’t even have Angelo Mathews – the only truly experienced member of the top seven – to rely on.

New Zealand’s own ODI record is not especially stellar – partly because they play so infrequently – but their problems seem minuscule in comparison. Sure, they had lost their most-recent series at home against the rampant England, but at least there is a settled top order full of reliable one-day operators such as Kane Williamson and Ross Taylor. Yes, they had only drawn their three-match ODI series against Pakistan, but in their ranks is a truly exciting pace talent – Lockie Ferguson, who took 11 wickets in the UAE at an average of 12.82.

New Zealand also seem to know which of their players are likely to be in their first XI when the World Cup starts in June, and are now having a look at their fringe players. In this series, allrounder James Neesham (who has enjoyed some success in domestic ODIs recently) and Doug Bracewell (who performed well in an A-team series) have their chance to break into that World Cup squad.

Sri Lanka’s combinations, meanwhile, are far less settled. Who, beyond Malinga himself, and allrounder Thisara Perera, are definitely in their best XI? They are hoping they will stop losing for long enough to find that out.

While in Tests Ross Taylor was a little hit-and-miss in 2018, there is serious statistical evidence that he is now in the prime of his career in ODIs. He has only once averaged less than 55 in the last five calendar years and that was 2016, when he played only seven innings. Last year, his 639 runs came at an average of 91.29, and a strike rate of 89. Kane Williamson will have been the batsman Sri Lanka worried most about in the Tests, but going on form, they will have to switch their attention to Taylor in this format.

Complicating Sri Lanka’s World Cup plans is the unavailability of their most consistent player from last year – Akila Dananjaya – who has been suspended for throwing. Now faced with finding a different lead spinner this year, Sri Lanka are auditioning left-arm wristspinner Lakshan Sandakan and the more experienced legspinning-allrounder Seekkuge Prasanna. Only one of these will likely make it into the XI in the first ODI, and whoever that is will be desperate to make a good contribution, to keep the other man out of the side.

Wicketkeeper-batsman Tim Seifert will likely debut for New Zealand, with regular keeper Tom Latham being rested for this series. The hosts have a decision to make as to who plays as their third seamer. Tim Southee has been modest in ODIs over the last few years, so perhaps Matt Henry will be preferred.

Sri Lanka’s XI is much tougher to work out. They have retained Sadeera Samarawickrama in the squad to replace the injured Mathews. Whether Dinesh Chandimal – generally a slow-scoring batsman – makes it into an XI captained by the aggressively-minded Lasith Malinga is uncertain.

Kane Williamson said a “fair” ODI wicket that stays together through the duration of the 100 overs is expected. The weather is forecast to be good. Temperatures may hover around 25 degrees in the afternoon.

“In the last three-four years we have been struggling. We haven’t won consistently. But the young players have got opportunities and now is the time to stand up and show their character.”

“There are some players that have been rested, and that’s all part of a bigger picture. I’m excited for a number of guys who get the nod tomorrow.”