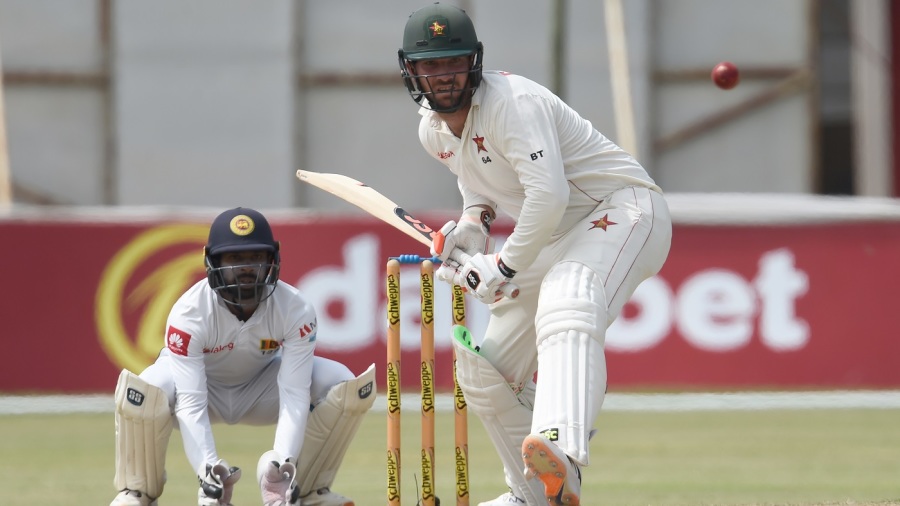 Brendan Taylor’s tenth Test fifty ensured Zimbabwe pressed home the advantage they had worked so hard to build the previous day as the hosts stretched their lead to 292 on the fourth morning in Harare. But his dismissal just before lunch took the sheen away from an otherwise positive session for Zimbabwe, though they will be heartened by the fact that since then Sean Williams and Sikander Raza have added 28 in just 4.3 overs.

Lasith Embuldeniya was the pick of the bowlers for the visitors with two wickets. He had given Sri Lanka the ideal started to the day when he induced an outside edge against Regis Chakabva early in the session, a well-flighted delivery spinning past the batsman’s forward defence. Dhananjaya de Silva completed a sharp catch at slip.

Embuldeniya would repeat the trick later, getting a similarly tossed up delivery to spin sharply past a Timcyen Maruma drive, with Niroshan Dickwella completing a quick stumping as the batsman briefly lost his balance.

He would have had Taylor back in the pavilion as well if Vishwa Fernando had held on to a running catch at long-on when the batsman was on 30.

Taylor was eventually dismissed for 67 when Lahiru Kumara trapped him lbw. Replays showed there might have been an inside edge, but with the DRS not available, Taylor had to walk.

Prior to that Taylor was the only Zimbabwe batsman to give Embuldeniya any trouble, employing his favoured sweep and reverse sweep to make sure the left-arm spinner didn’t settle on a line and length. And much like in the first innings, Taylor’s entry gave Zimbabwe the impetus they needed to push the scoring rate. His fifty came off just 55 deliveries.

The ease with which he handled the spin forced Dimuth Karunaratne to deploy pace from both ends. This was a more comfortable period for Taylor and Prince Masvaure, where despite the odd close call, the lack of lateral movement for meant missed lines and lengths were there to be punished.

Eventually, a run-out brought an end to that partnership, one which had yielded 47 runs in a little over an hour, as Masvaure failed to see his partner declining the second run.