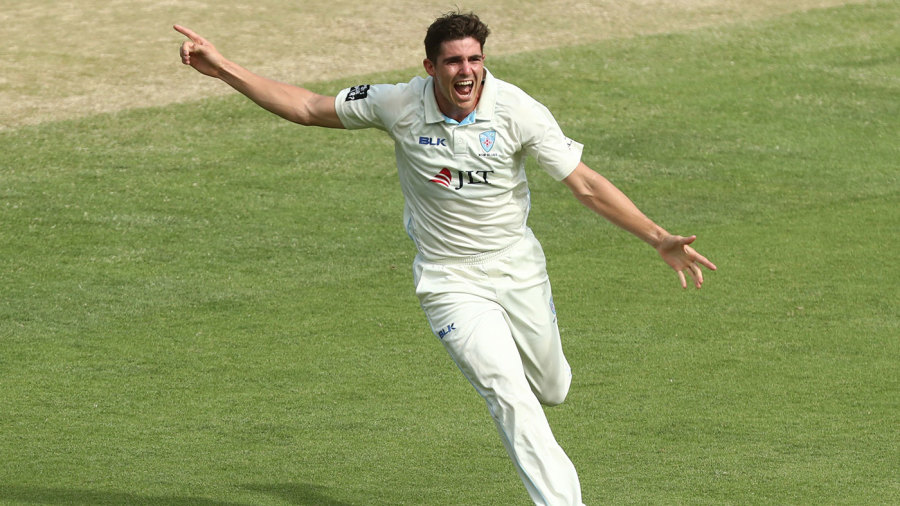 A shattering spell from Sean Abbott obliterated Tasmania and vaulted New South Wales into their first Sheffield Shield final since 2014, to be played against Victoria at the Junction Oval in Melbourne from Thursday.

The Blues captain Kurtis Patterson made a tantalising declaration on the final morning at Bellerive Oval, setting the Tigers 270 from a minimum of 112 overs and backing his bowlers to claim the outright points they needed to ensure that Western Australia could not leap them into second place to reach the final.

But not even he would have reckoned that Abbott would conjure the kind of destructive burst of inswing that he would subsequently deliver, claiming four of the first five wickets to reduce Tasmania to 5 for 23 and more or less put the result beyond doubt inside 10 overs.

As he has done all season, Matthew Wade offered the Tigers’ most substantial resistance, clattering his way to 65 in quick time to finish the season with 1021 runs, joining Marcus Harris as the only two batsmen to pass 1000 runs for the Shield season, the first players to do so since 2015.

However, Abbott returned to pouch a return catch from Wade, and finished things off with the final two wickets to return the figures of 7 for 45 and identify himself as a key figure for Victoria to counter in order to win the Shield in a final that, for the first time since its inception, will not automatically award the trophy to the home side in the event of a draw. Instead, the team with the highest first-innings score will be declared the winner if there is no outright result.