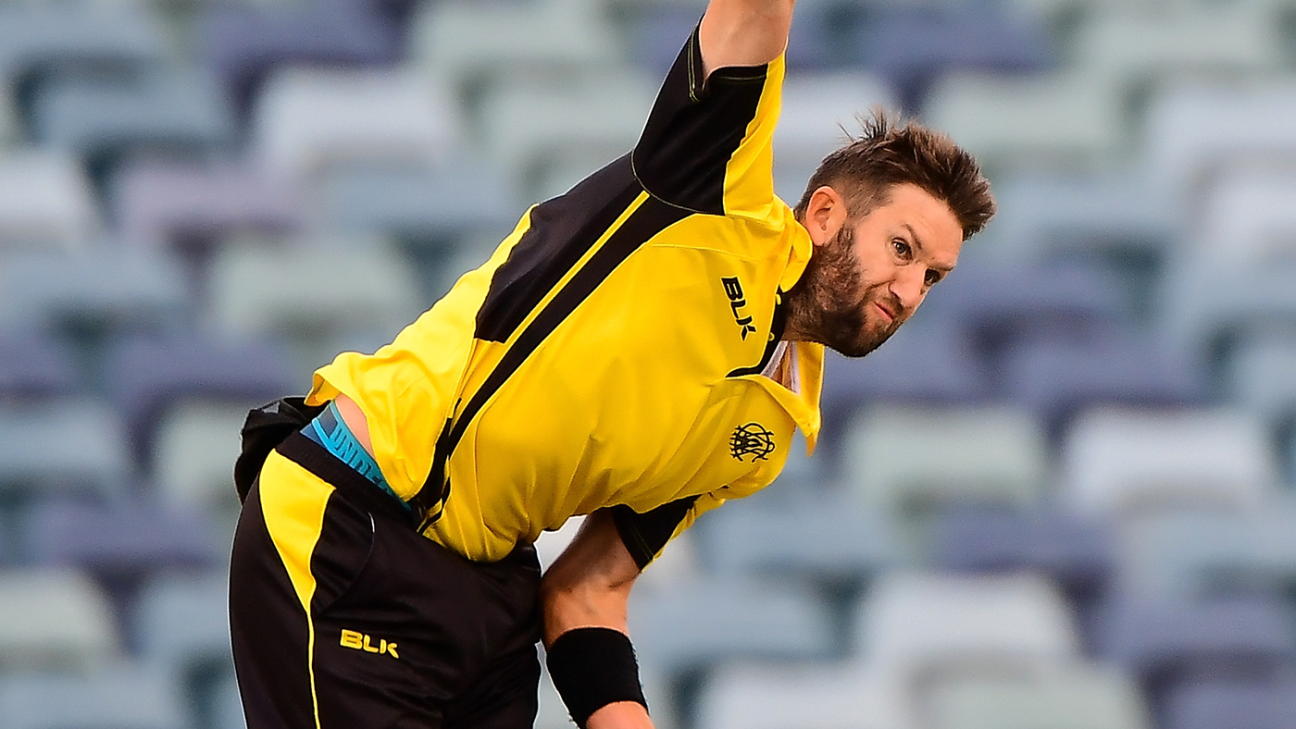 Andrew Tye has been ruled out of the T20I series against Sri Lanka due to an elbow injury with New South Wales seamer Sean Abbott called up as the replacement.

Tye suffered what is suspected ligament damage when throwing during the team’s main training session on Friday afternoon and will travel to Sydney for assessment after the opening match of the series. It would appear unlikely that Tye will be fit for the three matches against Pakistan which follow this series.

Abbott, 27, played an ODI and three T20Is back in 2014. He was part of the Australia A limited-overs squad on the tour of England this year and in last seaosn’s Big Bash was the Sydney Sixers’ leading wicket-taker with 22 in 15 matches at an economy rate of 8.17.

He will join up with the squad ahead of the second match in Brisbane on Wednesday meaning that for the opening game in Adelaide tomorrow they are a player light in the squad. The remaining pace bowlers are Mitchell Starc, Pat Cummins, Kane Richardson and Billy Stanlake with Richardson the favoured to play alongside Starc and Cummins.

Tye, who was not part of Australia’s previous T20I series against India in February, has taken 37 wickets in 26 T20Is although his economy rate stands at 8.87 which is the fourth highest of a bowler to send down at least 500 deliveries.

Captain Aaron Finch is confident that he has recovered from the side strain that kept him out of Victoria’s Sheffield Shield and Marsh Cup matches in Perth.

“I was a bit worried about throwing yesterday, it wasn’t the most comfortable thing over the last few days in Perth, but getting here and batting yesterday and today, throwing a fair bit gave me a lot of confidence,” Finch said