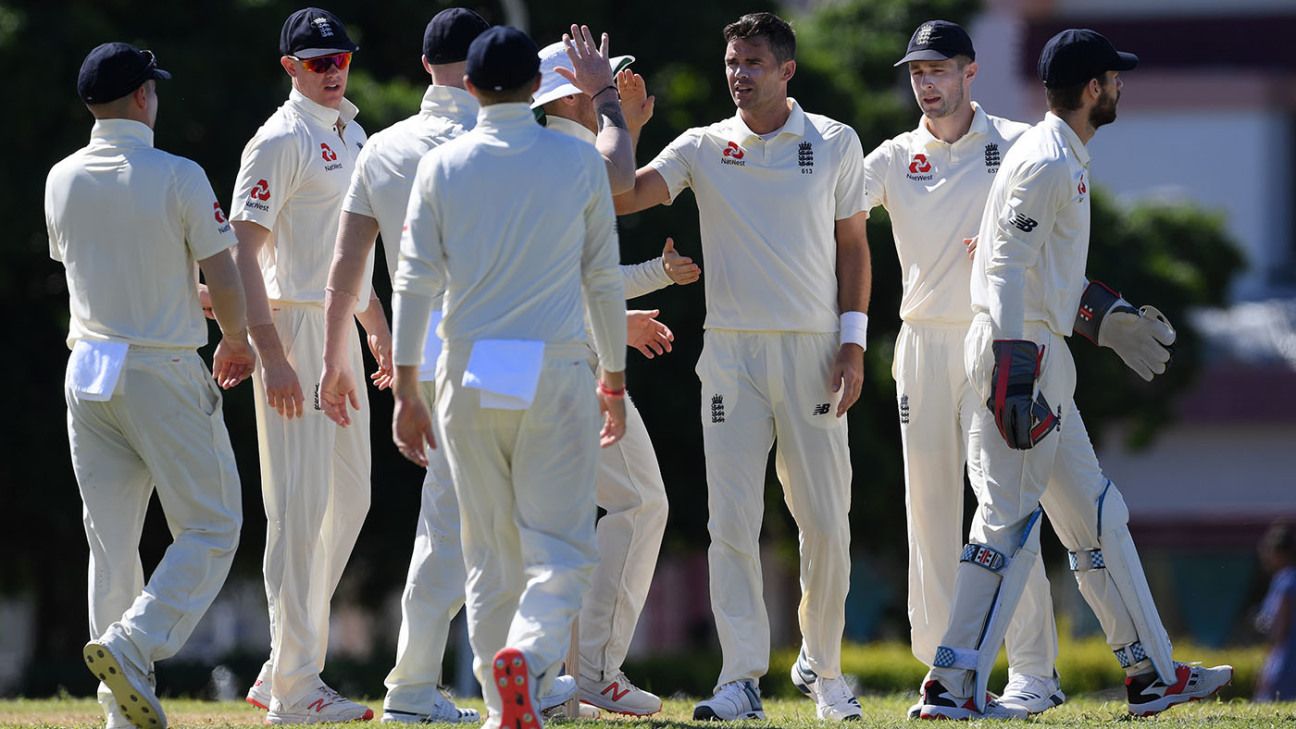 England coach Trevor Bayliss hopes the use of a specially designed Dukes ball “plays into our hands” in the Test series against West Indies.

The ball, adapted to cope with abrasive Caribbean surfaces, appears to stay hard and swing for longer. England had their first look at it during the warm-up games at the 3Ws Oval and enjoyed it to the extent that they claimed 30 wickets in two days. Their swing bowlers appeared to find movement almost all day.

The use of the ball could become controversial by the end of the series. ESPNcricinfo understands that the former West Indies coaching regime, headed by Stuart Law and Nic Pothas, were keen to use a Kookaburra ball in this series on the basis that England have a history of struggling to gain much movement with it. They were also keen to play on slower, lower surfaces, such as in Guyana, in the hope of negating England’s seamers and exploiting a perceived weakness in their batting.

But Johnny Grave, the CWI chief executive, decided on a different approach. He reasoned that the newly adapted Dukes ball, specially designed for use in the Caribbean after consultation between the manufacturer and CWI officials, would provide faster-moving, more entertaining cricket and avoid some of the attritional encounters seen between these sides in recent years.

With several thousand England supporters expected in the Caribbean over the coming weeks, providing that attractive cricket – or at least cricket where the bowlers are in the game more often than has sometimes been the case in the past – has been prioritised.

At the same time, groundstaff have been instructed to prepare pitches with some pace and life. With the England attack containing James Anderson and Stuart Broad – two men with 998 Test wickets between them – that would appear to be a gutsy move, though Grave would argue West Indies have a potent fast bowling attack of their own and that it is vital to provide a spectacle if supporters of either side are to be encouraged to attend.

Last year, West Indies played five Tests at home, using a batch of Dukes balls. Seam bowling was dominant in series against Sri Lanka and Bangladesh, with Shannon Gabriel and Jason Holder taking 28 wickets apiece at averages of 15.64 and 12.00 respectively.

“The boys say the ball is still swinging late in the innings,” Bayliss said after England’s warm-up games in Barbados. “We have swing bowlers in our group, so hopefully that plays into our hands. It means it will move longer when we bat too, though, so we will have to be aware of that.”

Partly as a result of the ball, England are prepared to field an attack containing just one spinner. As things stand, that is expected to be Moeen Ali, with three seamers, Anderson, Broad and Sam Curran, forming the basis of the attack alongside seam-bowling allrounder Ben Stokes.

They will not take a first look at the surface at the Kensington Oval until Monday, however, so are prepared to draft a second spinner – almost certainly the left-armer Jack Leach – into the side instead of Curran if it looks as if there will be less help for the seamers than anticipated.

“We’re pretty close to deciding our team,” Bayliss said. “We’re probably down to a 12, but we’ll wait until we get to the Test ground to see the conditions. It will either be two spinners and two quicks plus Stokes, or one spinner and three quicks, plus Stokes.”

West Indies named spinners Roston Chase and Jomel Warrican in their squad but are currently expected to play only one of them in an attack containing four seamers. They, too, however could change their mind after looking at the pitch.

As things stand, it appears the first day of the series at the Kensington Oval will be a complete sell-out. Cricket in the Caribbean – everywhere, really – faces some challenges. But the decline in its popularity is often overplayed.