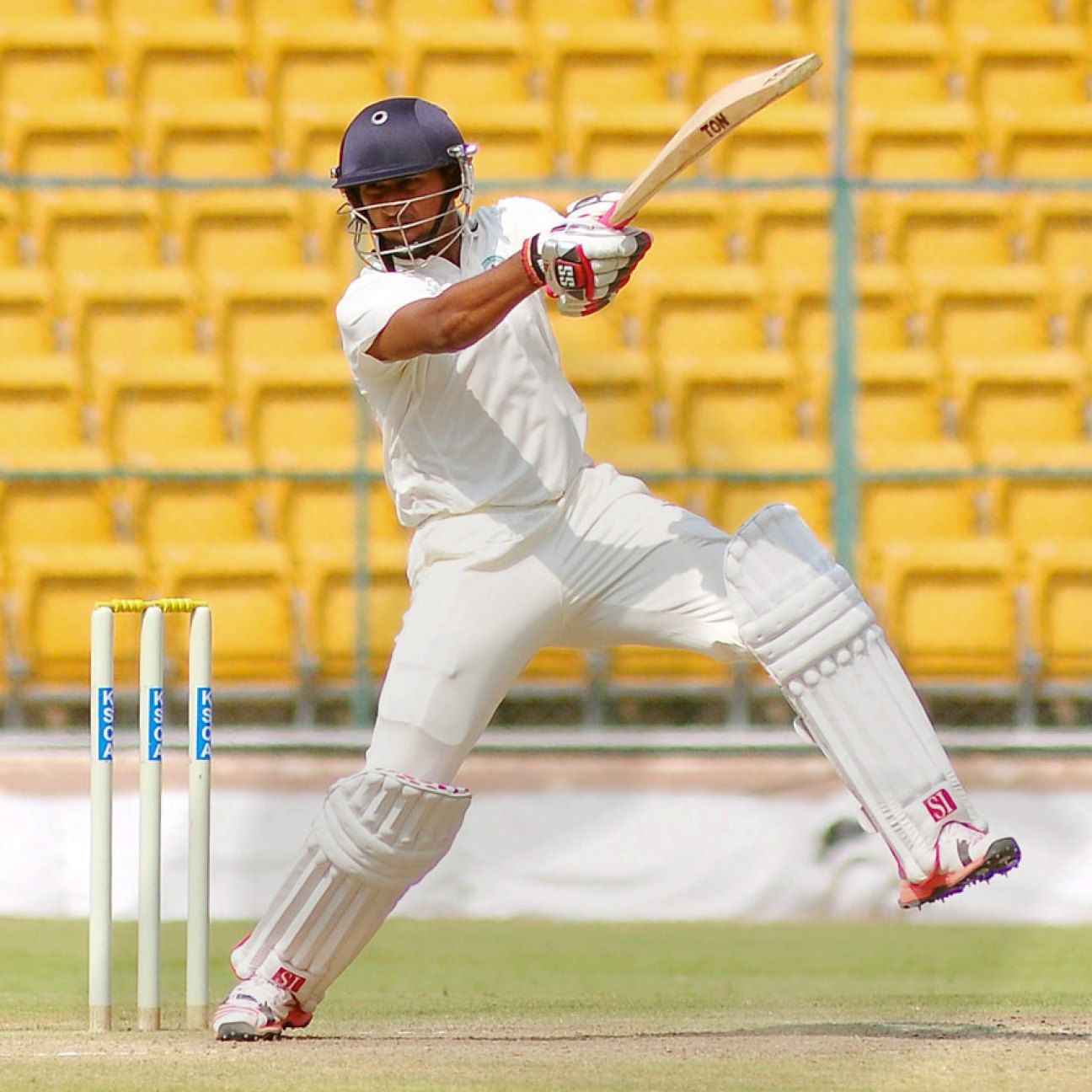 Saurashtra kept a tight leash on Vidarbha’s scoring, but the middle order defended stoutly as the defending champions recovered from three early strikes to reach tea at 130 for 4 on the first day. Saurashtra are still with the advantage, but Vidarbha had done well to not unravel after being 67 for 3 at lunch.

The only wicket to fall in the second session of the Ranji Trophy 2018-19 final was that of Mohit Kale, who cut Kamlesh Makvana‘s off-spin to the lone slip for 35. Kale, 22, who made his debut this season, had looked composed and compact during his stay, but Makvana’s angle from around the wicket and the extra bounce worked against him. The ball was a little close to the body and once it kicked up from a full length, Kale could only guide it for catching practice.

But Ganesh Satish, who has had a somewhat quiet season so far, stayed put and was batting on 31, with Akshay Wadkar giving him company on 11.

The post-lunch session was marked by dogged scrappiness from Vidarbha, who had lost their top three of Faiz Fazal, R Sanjay and Wasim Jaffer in the morning after opting to bat first. Saurashtra captain Jaydev Unadkat led the way, taking out both Sanjay and Jaffer, while Fazal was run out.

Sanjay was snaffled smartly by Arpit Vasavada at first slip when going forward for a low catch, while Jaffer was caught behind. Both men were drawn into driving away from the body. Unadkat was bowling around the wicket, and his movement away from the right-handers spelt doom for them.

Jaffer’s wicket could yet turn out to be the most significant moment of the day, and Unadkat’s fist-pumping, animated celebrations signified how much it meant to Saurashtra. Fazal’s run out, on the other hand, gave Saurashtra a bonus wicket. He was ambling for a second run after getting an inside edge to square leg, expecting the throw to go to the non-striker’s end, but Chetan Sakariya fired it in flat and hard to the keeper, who whipped off the bails with Fazal short of his crease.