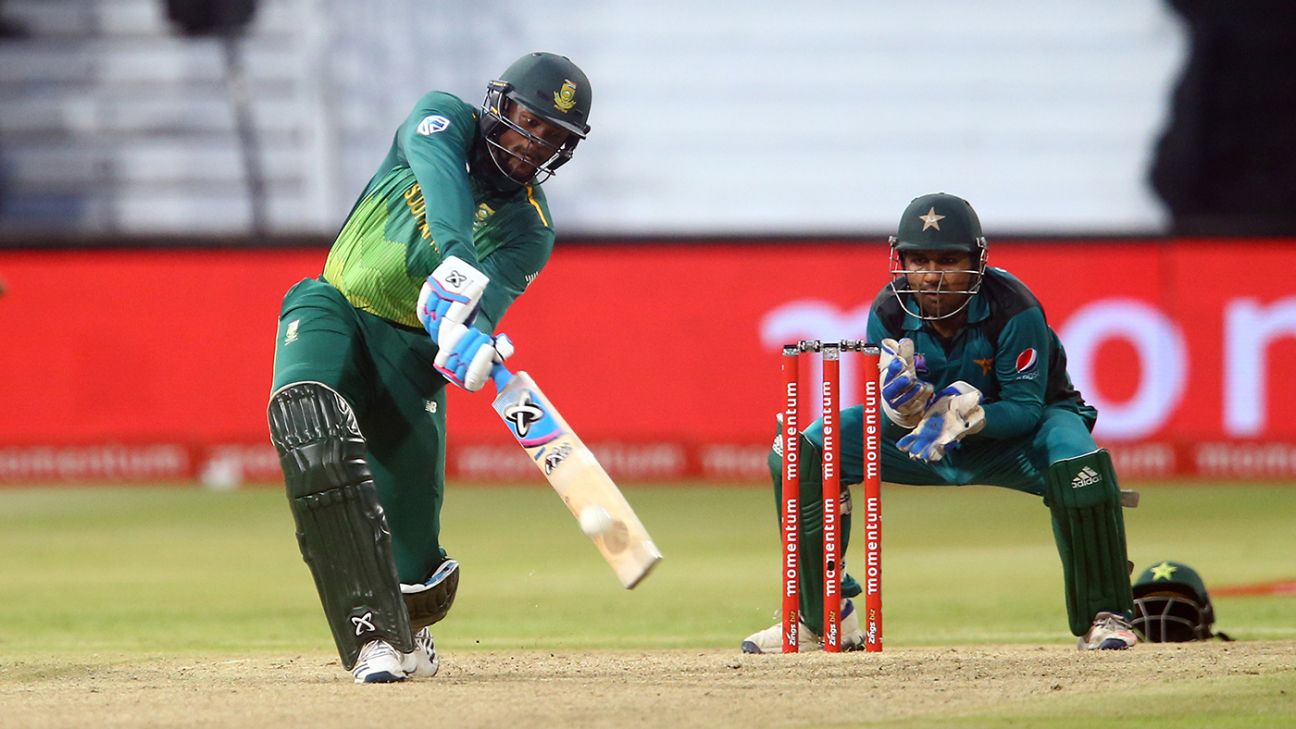 Sarfraz Ahmed, the Pakistan captain, has apologised again, this time personally to Andile Phehlukwayo – the player his racially-charged taunt in Durban had seemingly been directed at.

Sarfraz’s taunt came during the second ODI in Durban on Tuesday. He issued a general apology via Twitter the day after the incident, saying his comments were “not directed towards anyone in particular”.

South Africa captain Faf du Plessis said in response that his team had forgiven Sarfraz. “We forgive him because he said sorry,” du Plessis said after South Africa’s training session on Thursday. “He has apologised and taken responsibility for it. It is out of our hands and ICC will have to deal with it now.”

Sarfraz was caught on the broadcast stump mics making what seemed to be a racist comment towards Phehlukwayo during the course of South Africa’s chase at Kingsmead.

The ICC has received a report from match referee Ranjan Madugalle and is currently considering the matter. Because of the nature of the incident, legal officials have been involved and very little has emerged about what, if any, action will be taken.