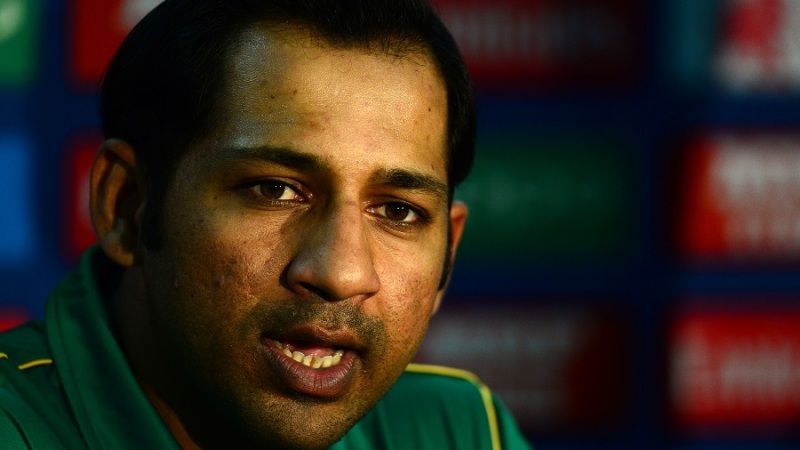 Sarfraz Ahmed, the Pakistan captain, has issued a Twitter apology for his controversial on-field taunt during the second ODI in Durban on Tuesday. The comment, which included a racist epithet, seemed to be aimed at the South Africa allrounder Andile Phehlukwayo, but Sarfraz has said it was “not directed towards anyone in particular”.

1/2 – I wish to extend my sincere apologies to any person who may have taken offence from my expression of frustration which was unfortunately caught by the stump mic during yesterday’s game against SA. My words were not directed towards anyone in particular and…

2/3 – I certainly had no intention of upsetting anyone. I did not even mean for my words to be heard, understood or communicated to the opposing team or the cricket fans. I have in the past and will continue in future to appreciate the camaraderie of my fellow cricketers from…

3/3 – …across the globe and will always respect and honour them on and off the field.

Translated literally, that is: “Hey black guy, where’s your mother sitting today? What [prayer] have you got her to say for you today?”

On Wednesday, the South Africa team manager Mohammed Moosajee had confirmed that the ICC had taken note of the comment.

“The ICC and the match officials have noted the alleged incident,” he said. “They have started the necessary procedures to investigate the matter. We can only comment once we have received the results of the investigation. Any further clarification/updates have to go through the ICC.”

It remains to be seen whether the match officials, who are responsible for instigating any disciplinary action, view Sarfraz’s comments under the ICC code of conduct for player behaviour or the ICC’s anti-racism code. While insulting or obscene and offensive language falls under the code of conduct, language that is deemed “likely to offend another person on the basis of their race, religion, gender, colour, descent, national or ethnic origin” falls under the anti-racism code.