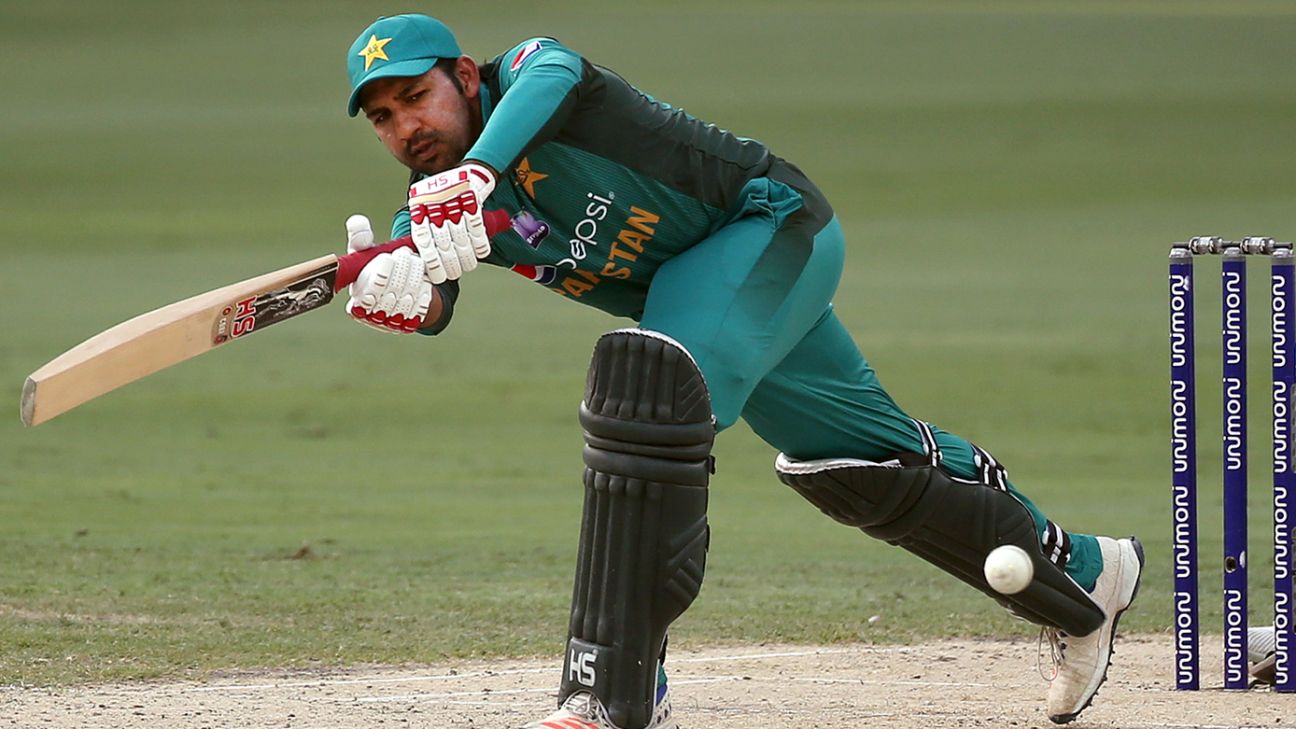 Pakistan are likely to rest their captain Sarfaraz Ahmed during the five-match ODI series against Australia which begins on March 22. The chief selector Inzamam-ul-Haq told ESPNcricinfo that Shoaib Malik is in line to lead the team while wicketkeeper batsman Umar Akmal may be given a recall in place of the injured Mohammad Hafeez.

These changes, Inzamam said, were largely to ensure key players don’t break down in the run-up to the World Cup in May 2019. “This is my idea [to rest Sarfaraz] and a few others. Our players have been playing for quite long time, Asia Cup [in September 2018], then the series against Australia, New Zealand, South Africa and then straightaway PSL. After PSL there’s no time. There’s the Australia series then there’s Pakistan Cup at home and the England tour.

“I don’t think players should play for that long. So I am resting those who are under a lot of stress from last five months and playing in all three formats.

“If you enter in any event, I have strong belief that you should go [in] with fresh legs, fresh minds, instead of having injuries like stiff backs, shoulder injury, elbow problem or hamstring injury. I don’t think we should enter into such a big tournament like this. We have to enter in tournament with players who are 100 percent fit and fresh both physically and mentally. Within two months of time, starting from England series, we have to play around 20 to 21 games and it will be a hectic outing to England including practice matches.”

Given that schedule, it is understood that lead spinner Shadab Khan may also be given some time off during the Australia series.

Meanwhile, the spotlight on Mohammad Amir increased with Inzamam showing concern over his recent form. The left-arm quick has picked up only five wickets in 13 ODIs – averaging 80.80 – since the start of January 2018.

“Amir might not be an automatic selection at this stage but he is very good bowler and there is no doubt it,” Inzamam said. “Unfortunately, he is not looking in his best form. He has enough time for the World Cup, he will be back in the rhythm. If a senior bowler like him looks out of form, off-colour, it’s a worry for us, but we still have time for Amir. We still have 10 one-dayers and two-three months. Amir can make a comeback. We will give him full chance to make a comeback. He is a big-occasion bowler and we need to have a bowler like him in our armoury.”

The other major problem for Pakistan is Hafeez. The allrounder sustained a thumb injury while playing in the PSL last week and is expected to be out for two months. “I am worried about Hafeez’s injury. Doctors are telling me that it will take eight weeks,” Inzamam said. “For the World Cup team you have been playing for quite some time and there’s not much room to make changes. After Australia series we have England series and then practice matches. We can see if Hafeez gets fit by then.”

If that doesn’t happen, Inzamam suggested Umar Akmal has a chance of making a comeback. The wicketkeeper batsman has been in good form recently, scoring 200 runs in his last five T20s, averaging 66 and striking at 137. But he hasn’t played international cricket since January 2017.

“There will be no surprise package and we won’t do any such selection which surprises,” Inzamam said. “I will try to believe in the same team which we have been playing with for quite some time. This is also preparation of World Cup and it’s better to play with the same combination. There are few option for us to replace Hafeez though. Umar Akmal is doing well, we have players in middle-order, we have Hussain Talat who went to South Africa. I wish Hafeez gets fit otherwise we have other options. Umar has performed well so far and we will definitely consider him. It’s a good thing such tournaments [PSL] have this benefits and you can include them in Pakistan team. Experienced player who has played for us before and is in form, it will be good.”