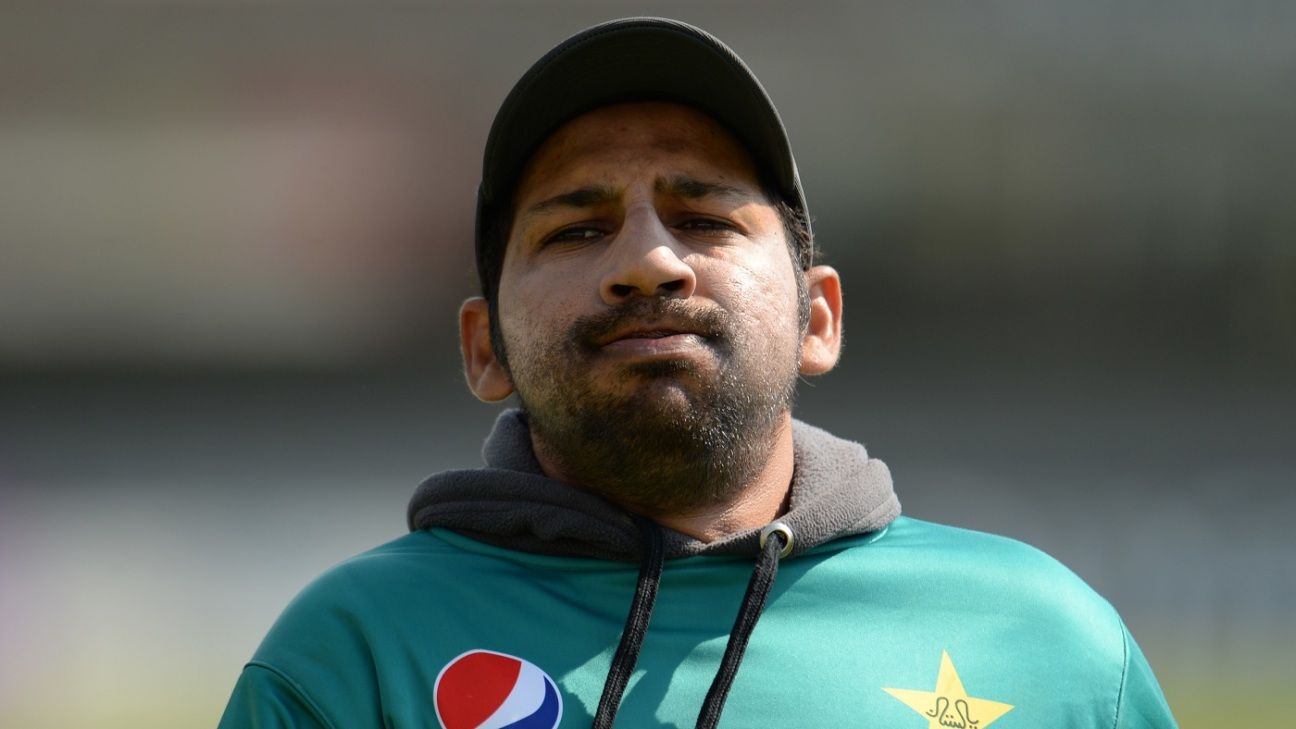 Sarfaraz Ahmed has been sacked as Pakistan’s Test and T20I captain ahead of the November-December tour of Australia, and has also been dropped from both the teams following a run of poor form in the two formats. In his place, Azhar Ali has been named the Test captain and Babar Azam leader of the T20I side. Azhar has been appointed for the 2019-20 World Test Championship matches, while Babar will lead the T20I side till at least the T20 World Cup in Australia late next year.

The PCB did not name an ODI captain or vice-captains for the other formats, saying, “Decision on vice-captaincy will be made closer to the series, whilst captaincy for the ODIs will be finalised in due course as the national team’s next assignment is scheduled from 4-9 July 2020 against the Netherlands in Amstelveen.”

The dismissal follows a dismal run for Pakistan, who are currently at No. 7 in the ICC Test rankings. In their most recent Test series, they were swept 3-0 away in South Africa in December-January, and, prior to that, had lost a three-Test series at ‘home’ in the UAE 2-1 to New Zealand.

“There is no bigger honour than to captain the Pakistan national cricket team in the pinnacle format of the game,” Azhar said in a PCB release. “I feel humbled, excited and privileged, and with the support of the team, look forward to justifying the faith that has been entrusted upon me for the World Test Championship.

“Sarfaraz Ahmed has done an excellent job in transforming raw talent into experienced players and I now look forward to inspiring those skillful players in our endeavours to collectively achieve our World Test Championship objectives and beyond.”

Sarfaraz, the 32-year-old wicketkeeper-batsman, took charge after the retirement of Misbah-ul-Haq, now the head coach and chief selector of the Pakistan men’s team, and led the team in 13 Tests, finishing with four wins and eight losses.

“It has been an honour to lead Pakistan at the highest level,” Sarfaraz said. “I want to thank all my colleagues, coaches and selectors who have helped me in this journey. My good wishes are with Azhar Ali, Babar Azam and the Pakistan cricket team, and I hope they will continue to grow stronger and stronger.”

The captaincy changes were approved by PCB chairman Ehsan Mani. “It has been a difficult decision to drop Sarfaraz Ahmed, who has performed well as a player and a leader,” he said. “But, his loss in form and confidence is visible and, in the best interest of the team, it has been decided to leave him out and provide him the opportunity to reflect and regroup himself and try to reclaim his form away from international cricket.

“Sarfaraz Ahmed’s contributions are second to none and being the gutsy cricketer and fighter that we all know he is, I have no doubts he will be back in Pakistan colours at some stage.”