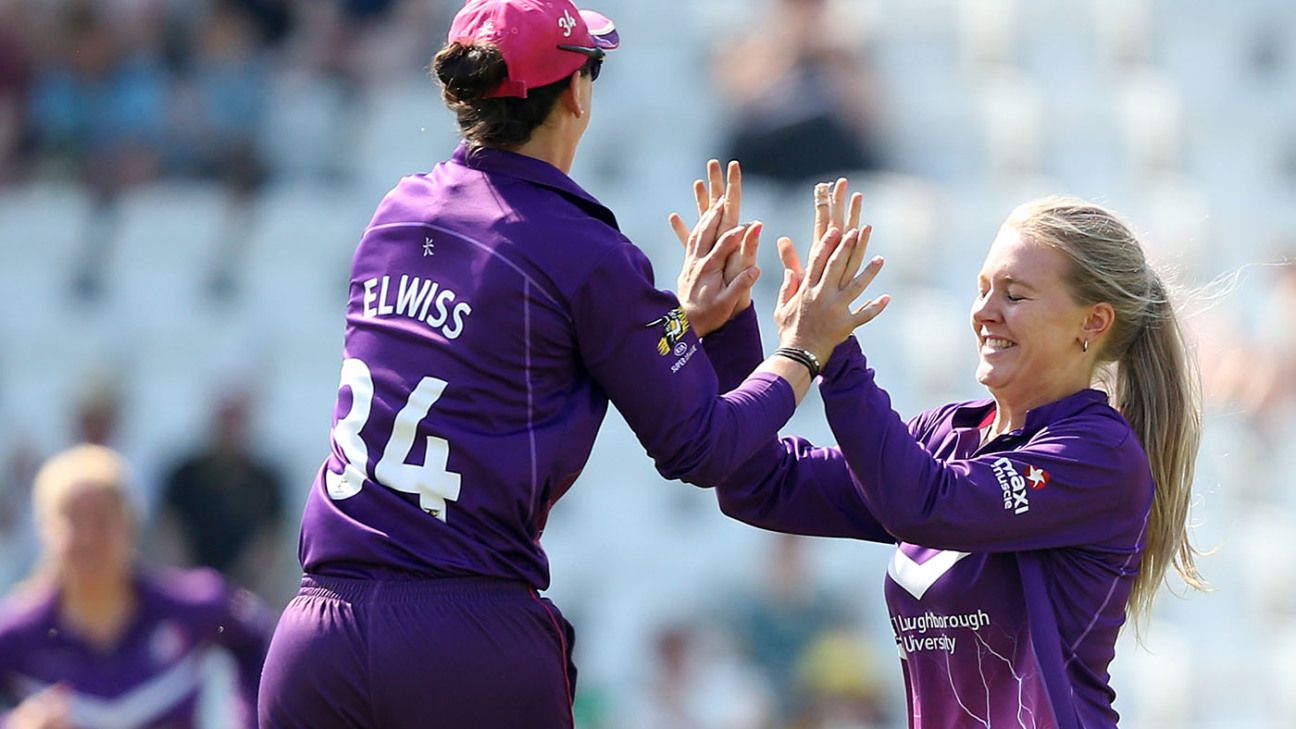 Sarah Glenn, the Worcestershire leg-spinner, has earned a maiden call-up to the England Women’s team for next month’s ODI and T20 series against Pakistan in Malaysia.

The 20-year-old Glenn caught selectors’ attention while playing for Loughborough Lightning during the 2019 Kia Super League, which included figures of 3 for 25 when she bowled three top-order batsmen in an eight-wicket victory over Lancashire Thunder in August. Among those wickets was Indian star Harmanpreet Kaur, bowled for a golden duck.

Fellow youngster Mady Villiers, the 21-year-old who claimed 2 for 20 on debut as England beat Australia in the third T20I of the Women’s Ashes series in July, held her place in the squad announced on Wednesday.

Sussex seamer Freya Davies, who played the last of her three T20Is against Sri Lanka in Colombo in March, returns to the England squad.

England and Pakistan will play three ODIs starting on December 9, followed by three T20Is. All of the matches will be played at Kuala Lumpur’s Kinrara Oval.

The ODIs are part of the ICC Women’s Championship, offering six points towards qualification for the 2021 ICC Women’s World Cup, with England having already secured their place at the tournament. The three T20Is are a chance to prepare for the ICC Women’s T20 World Cup in Australia in February.

England captain Heather Knight said her side were looking forward to returning to the international arena.

“It’s been a few months since our last game and there’s been a fair bit of change in that time so this tour is an opportunity to start a new era and move forward,” Knight said. “There’s a few younger faces in the group but also a lot of proven talent. I’m really happy with the group and we can’t wait for the next few months.”

With star wicketkeeper Sarah Taylor having retired from international cricket in the wake of her long battle with anxiety, Amy Jones will take the gloves for England.

The side will travel to Malaysia with interim coach Ali Maiden after Mark Robinson left his post as head coach at the end of a disappointing home summer. Lisa Keightley, the Western Australia and Perth Scorchers coach who was last month appointed as England Women’s head coach, will take over in January.