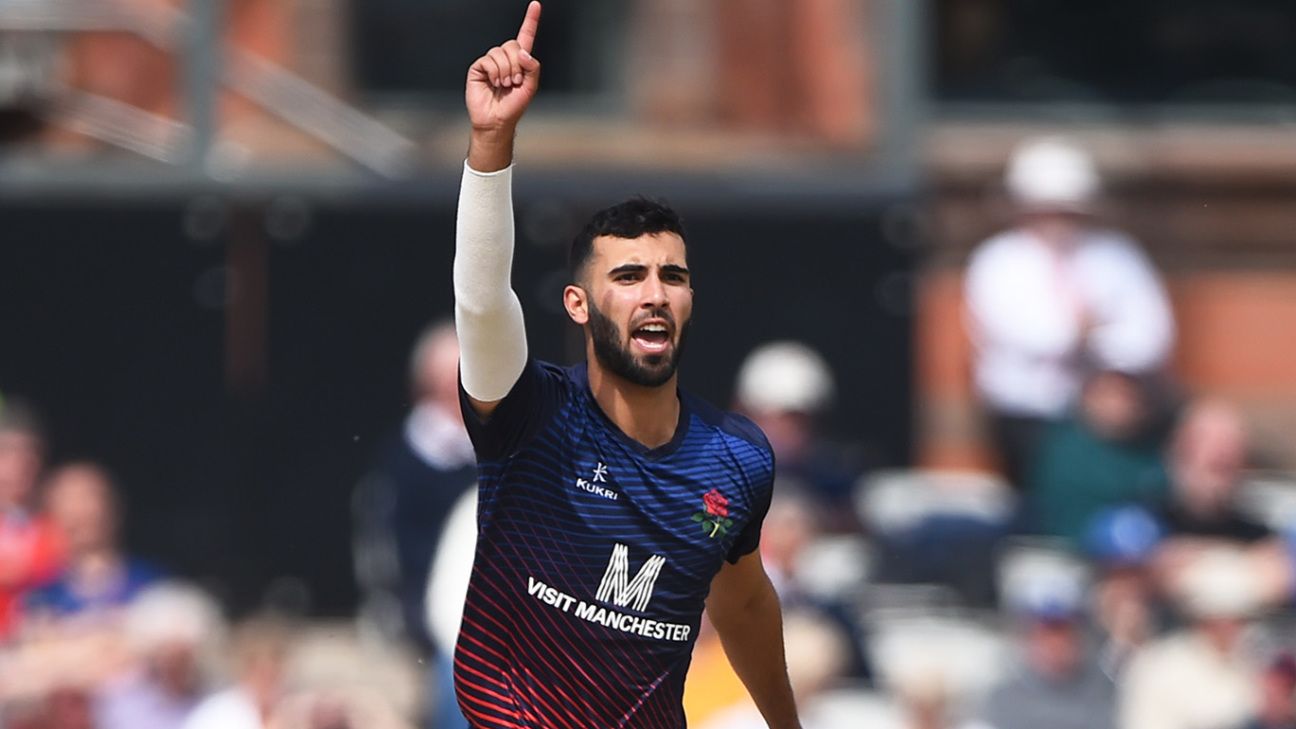 Saqib Mahmood may have landed in New Zealand as part of England’s touring party, but it seems his feet are yet to touch the ground following his maiden senior international call-up.

Rewarded for a strong season with Lancashire in 2019, when he was the leading wicket-taker in the Royal London One-Day Cup, Mahmood is hoping to break into the England team during the tour, which starts with a warm-up match in the early hours of Sunday (UK time).

“It still feels weird to think that I’ve been picked for England,” Mahmood told PA. “If I get the opportunity I want to go out there and just give it my all. It’s the same at Lancs, where this year we had a very high level of competition in the bowlers.

ALSO READ: Root vows not to get ‘swept away’ as he reaffirms T20I ambitions

“England will be another step up but I’m used to dealing with that competition where you’re fighting for places, you’re not quite sure who’s going to play or where you’ve got to up your game to get into that XI. It will be the same with England. I think it will be one of those where very quickly I’ll have to learn and see what kind of areas that I’ve got to make sure I’m on top of.”

A regular England Under-19s player, having made his first appearance at the age of 17, Mahmood has long been on the international radar and, after overcoming a side strain which ruined his 2018 domestic season, he missed the subsequent Lions tour of India because of visa issues. So there is a sense his senior debut, when it arrives, has been a while coming even though he is still only 22.

Having regularly been clocked at 90mph, Mahmood was relishing the prospect of lining up alongside the likes of Jofra Archer in the Test squad, just as he has enjoyed being a team-mate of James Anderson at Lancashire.

“If you look at Jofra and the speeds he’s bowling and what he’s achieving, I’m the type of player where that will make me hungrier for more,” Mahmood said.

“In training if he’s bowling quick you want to push yourself that little bit further. You’ve got someone who’s doing it at top level and you want to almost try to get to his level as well.

“It’s the same when Jimmy’s at Lancs, I’m trying to work on my skill, I see that as the finished article and I want to work my way towards that. The level of skill he has, when you’re surrounded by those types of guys, I think naturally you lift your own standards as well to match them.”

Lancashire legspinner Matt Parkinson is also in line to make his England debut in New Zealand and he would love to do so with Mahmood nearly a decade after they first played together for their county as 13 year olds.

Parkinson told the Lancashire website he felt Mahmood was “making up for lost time”.

“He had a tough year last year being injured from April onwards,” Parkinson said. “It’s probably come, like myself, a lot quicker than you would have thought but he deserves it completely. He’s had a fantastic season and it shows that if he does stay fit he’s an absolutely fantastic bowler. It would be amazing to play international cricket with Saqib.”

England will play a second warm-up match against a New Zealand XI on October 29 before five T20Is starting on November 1 and two Tests from November 20.