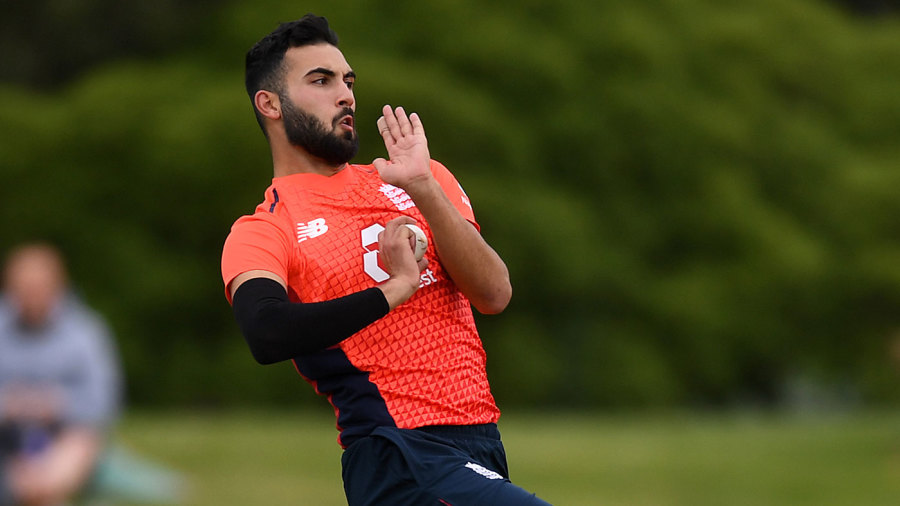 Saqib Mahmood, the Lancashire fast bowler, has been handed the chance to impress in the second T20I against New Zealand in Wellington, as England seek to build on their seven-wicket victory in Friday’s opening fixture in Christchurch.

Saqib, whose natural fast-bowling attributes earned him 28 wickets at 18.50 in Lancashire’s Royal London 50-over campaign last summer, comes into the starting XI in place of Tom Curran, who has been rested to manage his return from a side strain.

“He’s a guy who offers a bit at the front and the end, a cool calm character in high-pressure situations,” said Eoin Morgan, England’s captain, after Saqib had received his cap from the former Lancashire batsman and Sky Sports commentator David Lloyd. “We expect the Black Caps to come back hard so we are expecting a good competitive game.”

Morgan won the toss and chose to bowl for the second match running, and hoped for more of the same from his side after an impressive first outing of the tour.

“It looks a pretty good wicket but it’s a different stadium, so a different challenge,” said Morgan, who confirmed Saqib as the one change to the side, meaning that Dawid Malan will once again open alongside Jonny Bairstow.

“It was a high-scoring game here last year so hopefully we can get a good score on the board and defend it,” said Tim Southee, New Zealand’s captain, who confirmed that James Neesham would be coming into his side in place of Scott Kuggeleijn.

With Sam Curran, Pat Brown and Lewis Gregory all making their T20I debuts in the opening game of the five-match series, Saqib’s selection means that all but two of the uncapped players in the squad have now been blooded – Somerset’s explosive opener Tom Banton and Saqib’s Lancashire team-mate, Matt Parkinson, will have to wait their turn.