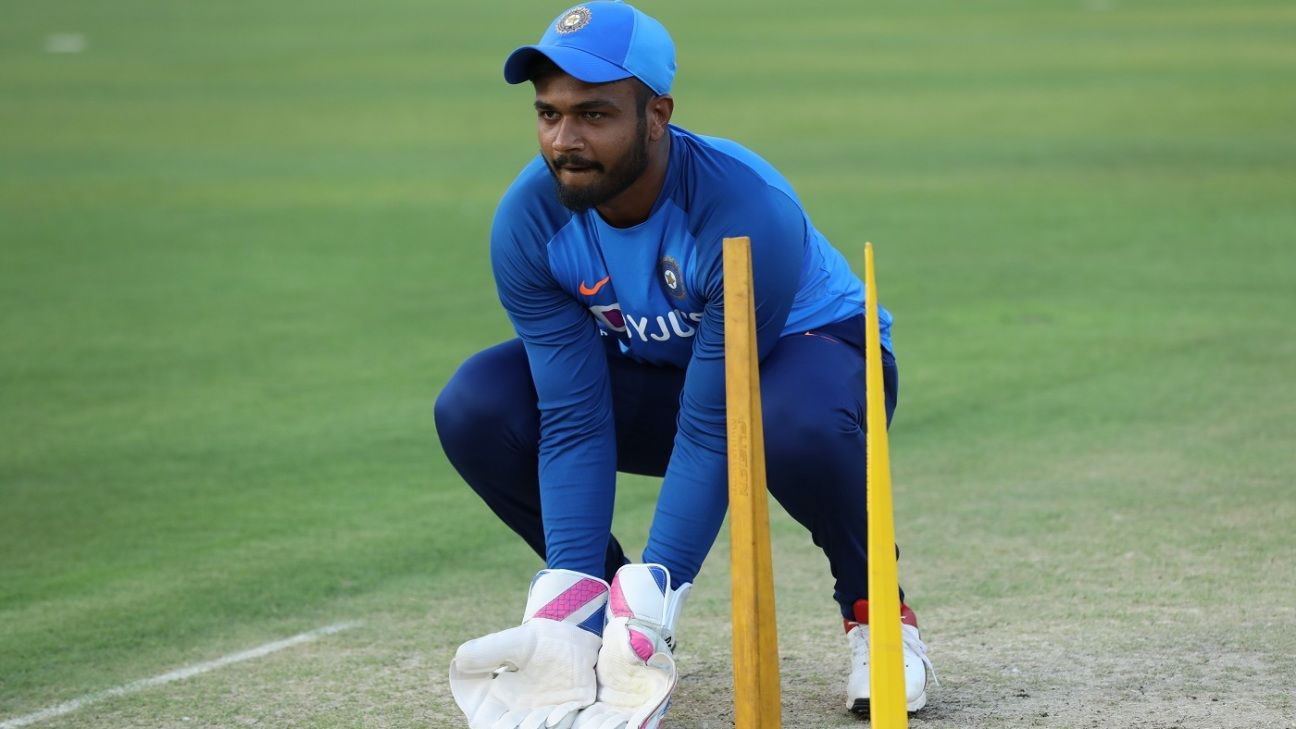 A week after being left out of India’s T20I squad without playing a game against Bangladesh, Sanju Samson has been called in again as an injury replacement for regular opener Shikhar Dhawan for the three T20Is against West Indies starting on December 6.

Dhawan injured his left leg, which the BCCI’s medical team described as a “deep cut on his left knee”, during a Syed Mushtaq Ali Trophy game for Delhi against Maharashtra last week. Dhawan still “needs some more time for his stitches to come off and his wound to heal properly”, the BCCI said in a media release.

In Dhawan’s absence, it is more than likely India will slot in the in-form KL Rahul at the top of the order with Rohit Sharma. Rahul has been key to Karnataka’s excellent run in the Syed Mushtaq Ali Trophy – the domestic T20s – having aggregated 225 runs in six innings at a strike rate of 145.16, with a highest 84 off 48 balls against Punjab, as of November 26.

Samson featured in just four of Kerala’s six matches in the Mushtaq Ali Trophy, finishing with one half-century. Prior to that, he struck the highest individual score (212*) in Vijay Hazare Trophy – the domestic one-dayers – history. It was also his maiden List A hundred, which helped him earn a national recall after four years.

Samson, whose only appearance for India came in a T20I in Zimbabwe in 2015, was set to take part in Rajasthan Royals’ conditioning camp for their local players in Talegaon in the first week of December. Since finishing his commitments in the Syed Mushtaq Ali Trophy, Samson has been training under his personal coach Biju George, the former fielding coach of the India women’s team, in Thiruvananthapuram.

Meanwhile, wicketkeeper Wriddhiman Saha underwent surgery in Mumbai on Tuesday for a fracture on his right ring finger. The 35-year-old, who was lauded for his wicketkeeping during India’s inaugural day-night pink-ball Test in Kolkata, picked up the injury during the game.

He was subsequently referred to a hand and wrist specialist, who suggested a “surgical fixation of the fracture”. The BCCI termed the surgery “successful”, and Saha is expected to commence rehabilitation at the National Cricket Academy in Bengaluru. It’s as yet unclear how long Saha’s injury will take to heal.

India’s next Test assignment is a tour of New Zealand in February.