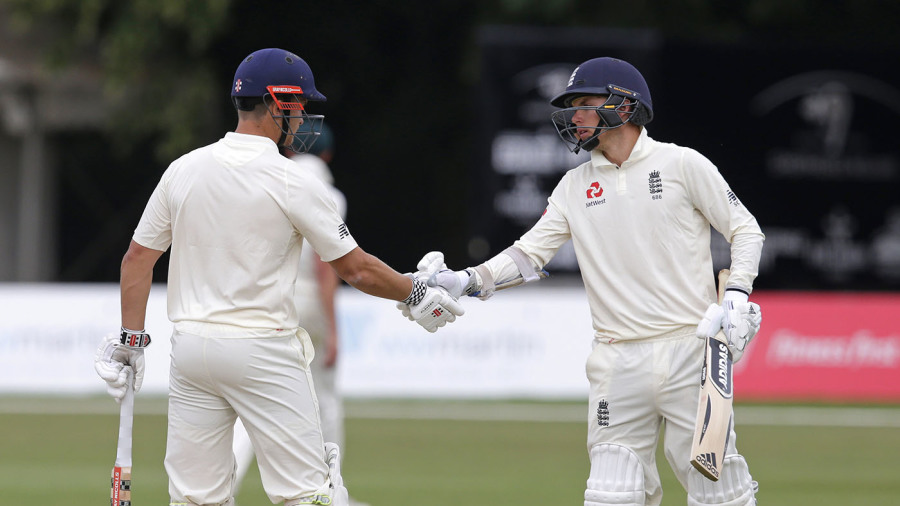 Australia’s Test captain Tim Paine got his gloves warm with four catches as the tourists’ push for a victory over the England Lions was stymied by Sam Hain and Sam Curran on the day England’s pre-Ashes squad was named.

Set 383 for victory from a minimum 85 overs, the Lions were teetering at 154 for 5 when Mitchell Marsh plucked Sam Northeast’s off stump in the last over before tea, but Hain and Curran were able to endure in the evening session and leave the visitors frustrated after an unbeaten stand worth 113.

With the Australians not fielding a full-strength bowling attack, the ability of Josh Hazlewood or James Pattinson to impact on proceedings could only be imagined, and while Michael Neser enjoyed some fruitful early spells by finding three of the edges that Paine was able to clasp, the touring side’s ambitions to make an early impression on a team composed of numerous England prospects were gradually thwarted, ending as Curran and Hain kept the second new ball out.

Jon Holland, having bowled economically and well in the first innings, would have been disappointed to go wicketless while also being milked for regular runs. His England Lions counterpart Jack Leach had started the day by claiming two more wickets to finish with 5 for 109 when Paine declared.

Matthew Wade was a notable absentee from play throughout, not resuming his innings with the bat and then being seen only fleetingly as a drinks runner during the fourth innings as he continued his recuperation from a nasty blow to the elbow when batting on day three.

The Australian squad will now travel from Canterbury to Southampton where they will be joined by members of the World Cup squad for a massed camp culminating in a final Ashes warm-up match between two Australian sides. Lewis Gregory, Curran and Leach, meanwhile, will join England’s squad for the Test against Ireland at Lord’s.