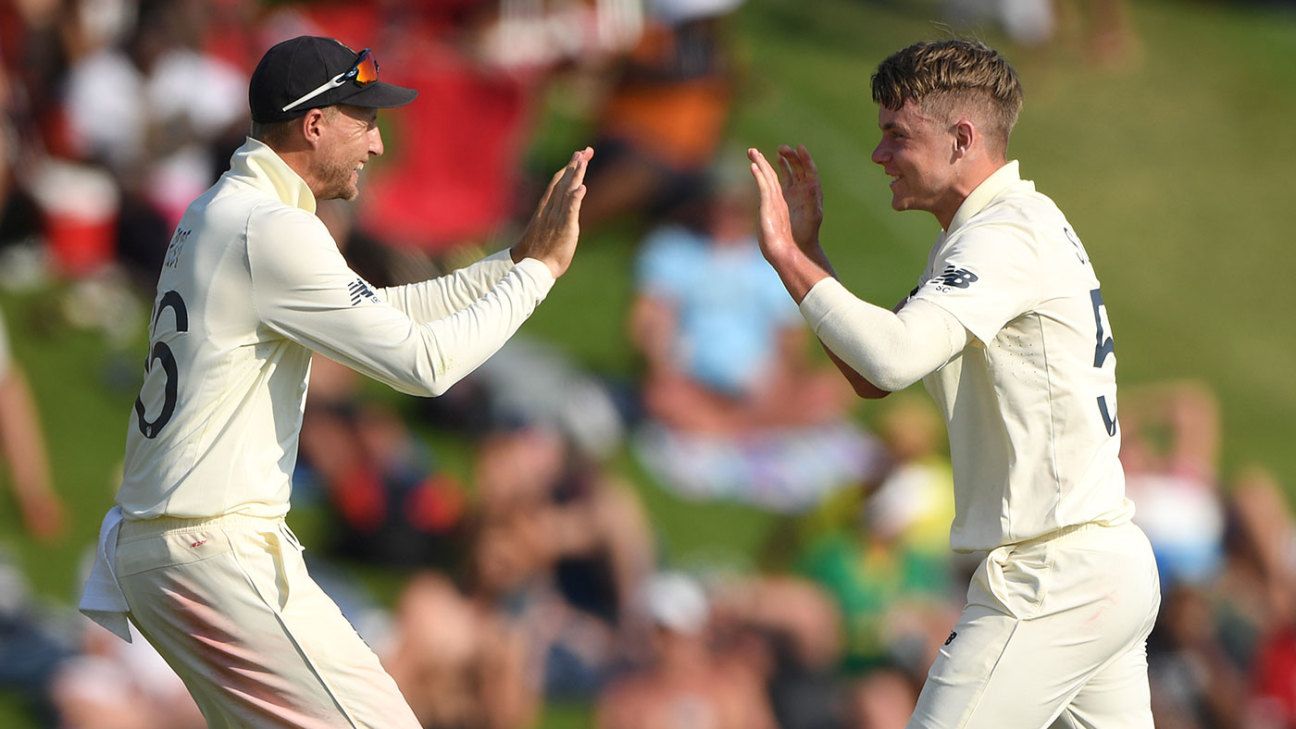 Not so long ago, had an England team produced a performance like this at a moment like this, it might well have been blamed on the over-indulgences of Christmas. Indeed, a couple of decades ago, some members of an England team credited a memorable victory in Sydney, in January 2003, precisely to the manner in which they had celebrated over the previous days.

There’s no question of that here. Yes, England’s bowlers struggled with their lines and lengths. And yes, they struggled to generate the pace we might have expected on the Highveld. Having won the toss and inserted, a total approaching 280 is probably a fair few more than they anticipated.

The simple truth is that, through little fault of their own, England have gone into this game underprepared. Jofra Archer and Stuart Broad, who actually bowled quite nicely after his first spell, have not been able to bowl a competitive delivery on tour ahead of this match due to illness while James Anderson is, for all his class and experience, playing his first first-class game since August. There were times here when it showed.

To make matters worse, in the afternoon session Ben Stokes reported symptoms of the illness that has ravaged this squad in the early stages of this tour. As a result, he spent a considerable part of the day in the dressing room with the medical team trying to rehydrate him.

It’s not just that they hadn’t enjoyed much match practice, either. It’s that they looked, unusually among modern England sides, a little short of the peak levels of fitness to which we have become accustomed. And that, again, is not a criticism. The fact is, three of the five-man seam attack have been ill in recent days and have, as a consequence, struggled to put in either the training sessions they might have liked or take on the fluids and food required. In this heat, at this altitude, such issues are mercilessly exploited.

So while there is no way we can class this as a good bowling performance, we do have to be mindful of the mitigating factors. Perhaps, in retrospect, the long training session England were put through on Christmas Eve was self-defeating, but it was an understandable attempt to make up for lost time. Really, England have been quite unlucky on this tour to date and it would be churlish not to acknowledge it.

They also took a couple of questionable gambles, though. The first was inserting South Africa on a surface which is famous for its deterioration; the second in opting for that all-seam attack.

There was some logic in both decisions. There was, as Joe Root pointed out at the toss, a little live grass on the surface he hoped his bowlers “could exploit” in the opening session. And while the surface was likely to ease after the first couple of hours, England could be forgiven for concluding they might have the opportunity to bat on the pitch at its best on day two. There was certainly assistance available for the bowlers in that first session; they simply didn’t put the ball in the right areas often enough to take advantage of it.

It was a risk, though. Not only did it expose England’s under-the-weather bowlers to an early outing – might they have recovered further given another 24 hours? – but it also sentenced England to the likelihood of batting last on a pitch which tends to offer an increasing amount of variable bounce. Some knowledgeable locals feel that, in this heat – mid-30s – the cracks will open as early as the second afternoon.

The absence of a spinner was perhaps more understandable. Jack Leach is unavailable through illness and Matt Parkinson, for all his white-ball promise, has not been bowling especially well in training. Indeed, suggestions are that Dom Bess, who hasn’t played a match since been added to the squad, has risen above him in the pecking order. Root looked the best of the spinners in the warm-up matches here.

But the absence of that spinner was shown up most of all in the period ahead of the second new ball. With the ball softer and the swing having all but vanished, England were left – not for the first time – to tread water in the period when a good spinner might have proved invaluable. Not for the first time it occurred that, had Moeen Ali been managed a little more sensitively, he might be here and playing his part: he averages 21.14 with the ball in overs 61-80 over the last couple of years. Anderson, by comparison, averages 101 and Broad 47.50.

Equally, England’s slow over-rate – there were 15 overs still to be bowled at the scheduled close at 5pm and, in the end, seven overs were lost from the day – may come back to haunt England. In this day and age, they can be penalised World Test Championship points for such tardiness. A spinner would have helped.

We probably shouldn’t be surprised that Sam Curran was the pick of the bowlers. Unlike Archer and Broad, he has not spent much of the last week curled up on his bathroom floor and unlike Anderson, he enjoyed some competitive cricket in the last few months. By getting through 19 overs on the first day – he has only bowled more overs once in a Test innings – despite suffering from cramp, he at least helped mask the holes elsewhere in the attack.

There was more than that, though. In these circumstances, with the ball offering just a little lateral movement, his skills and his left-arm angle offer England a valuable point of difference. If the delivery to dismiss Quinton de Kock, a peach of an outswinger that came at a time when the other bowlers were struggling to find any movement, was the highlight, the dismissals of Rassie van der Dussen and Dwaine Pretorius – both anxiously playing for inswing that never came – were also testament to his skills.

There were still moments, such as when his short ball sat up a little too invitingly, when you wondered how Curran would fare in less helpful conditions. But the encouraging thing is that, at 21, he is improving all the time with plenty of scope for further progress. These were not only his best Test figures but by far his best with the Kookaburra ball. This was a desperately tough day for a sickly England side but Curran, at least, offered hope for the future – both immediate and long-term.